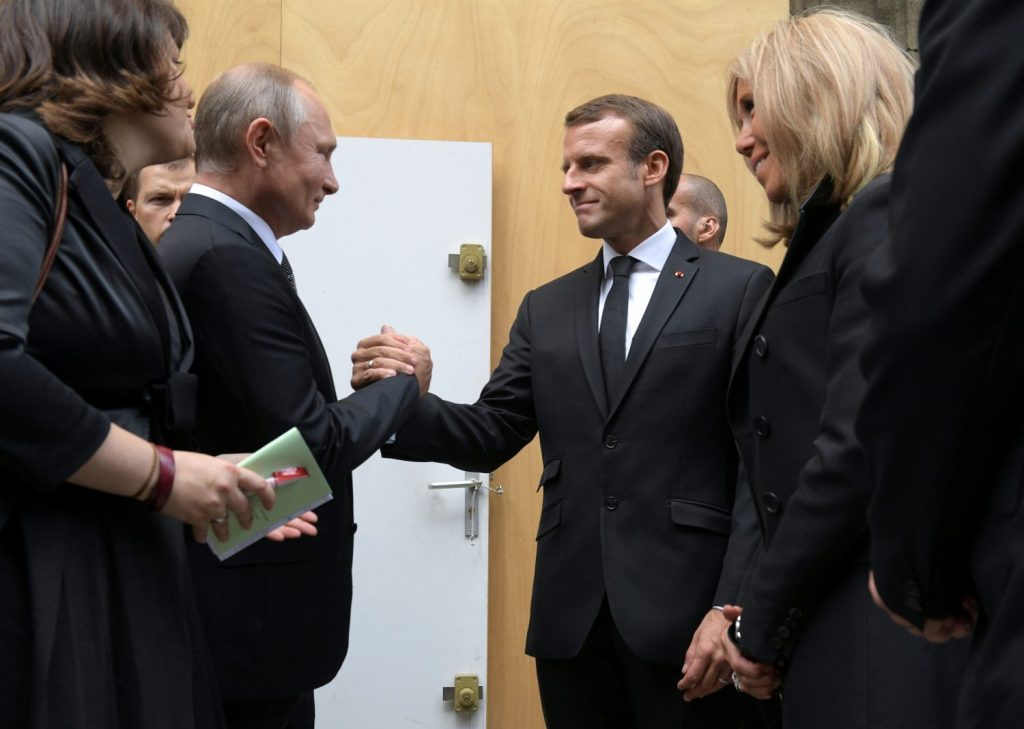 There are worrying signs that the big players in the European Union may be ready to give up on Ukraine. April 2019 marked the fifth anniversary of the conflict in the Donbas, and while deliberations were recently held to try and resolve this crisis, France and Germany have signaled their fatigue with the conflict and a desire to return to a normal relationship with Moscow.

Throughout the course of the conflict, Ukraine has made real strides toward EU integration. The Eastern European state rebuilt its military capabilities, acquired visa-free travel, established the High Anti-Corruption Court, and introduced crucial decentralization reforms.

But critics have argued that Ukraine’s anti-corruption reforms have failed since no one is behind bars and raised concerns over the Zelenskyy administration’s ties with some of Ukraine’s notorious oligarchs. Given these criticisms, and the lack of progress in the east, some European leaders seem to want a new approach with Ukraine.

Enter the new “Russia reset” policy. During the G7 summit held in August 2019, French President Emmanuel Macron unexpectedly announced he would relaunch a campaign to improve the relationship between France and Russia. Moreover, the French President allegedly agreed with US President Donald Trump’s remarks that “Russia should be invited to the G7 conference in 2020.”

The announcement at the G7 summit came just two months after the Parliamentary Assembly for the Council of Europe’s decision to reinstate Russia as a full voting member within the assembly. Russia had been expelled five years ago for its aggression in Ukraine.

Macron’s remarks stunned several world leaders, particularly those from Eastern Europe. While France and Germany seek to reestablish the norm on the European continent, the Baltic states and Poland oppose this new approach. These Eastern European states argued the Russian Federation has done little to improve its image, and thus should not be rewarded for its minimal efforts. Nonetheless, it appears President Macron and German Chancellor Angela Merkel are determined to rebuild their relationship with Russia, and as a result, they have pushed Ukraine to end the Donbas conflict.

This “Russia reset” strategy does not end there: according to reports, should the Donbas conflict end, some EU members are concerned this would lead to a partial lifting of Russian sanctions.

Potentially easing these sanctions is not a new phenomenon. During a gathering at the Council of Europe in October 2017, Czech President Miloš Zeman deemed sanctions as “ineffective,” believing they were not succeeding in their objective in punishing Russia’s aggressive behavior in Ukraine. Meanwhile, Italian Deputy Prime Minister Matteo Salvini and Bulgarian President Rumen Radev argued the implementation of sanctions had harmed their economies.

Representatives from Spain, Austria, Greece, and Cyprus supported these claims. According to these EU members, were they to lift sanctions, this would also improve the state of their economies, and this would help repair the relationship between the EU and Russia.

Finally, but perhaps most important, is the topic of Russian natural gas and its transit to the European continent. Currently, one-third of Russian gas exports to Europe travel through Ukraine, and this transit generates a large amount of money for Ukraine. Based on this route, several Central European states carefully follow Ukraine’s relationship with Russia. Previous disputes between these two states saw Russia cut off natural gas flows to Ukraine, particularly during the winter months, and this severely affected the European continent. Thus, several European countries are reliant upon Ukraine and its pipeline.

Due to the Russia-Ukraine disputes, however, Russia and some of the EU states are taking measures to reroute these gas flows into the European continent. Russia is in the process of building two new pipelines which would bypass Ukraine. This is none other than Nord Stream II, which travels from Russia to Germany through the Baltic Sea, and TurkStream, which travels from Russia to the Balkans by way of the Black Sea and Turkey.

Once these pipelines are completed, the European continent will become more dependent on Russia. Meanwhile, Ukraine would lose a substantial amount of revenue as Russian gas exports would be rerouted to these new channels, and Ukraine would lose its leverage over the EU.

Of course, critics will contend that EU support for Ukraine remains strong, pointing to large assistance budgets, but the bigger picture does not necessarily bolster that claim. France and Germany want to rebuild their relationship with Russia, and this would come at the expense of Ukraine.

As Ukrainian President Volodymyr Zelenskyy continues to face numerous challenges both at home and abroad, Ukraine’s European allies must continue to hold the line on sanctions and press Moscow to compromise at the negotiating table. Otherwise, if they were to abandon Ukraine for the sake of normalizing relations with Russia, the EU’s values will mean very little.

Mark Temnycky is an AIPS accredited journalist who covers politics and sports in Europe. He is a contributor to the Atlantic Council’s UkraineAlert blog and has been published by news outlets such as Forbes, EurActiv, and EUobserver. He has been featured in the National Library of Ukraine, Radio Svoboda, and Kyiv Post.

Ukraine must devise its bargaining position, and anticipate Russia’s, or it will be devoured in upcoming talks, left to the mercy of Putin as well as of France and Germany, both co-opted by Putin.