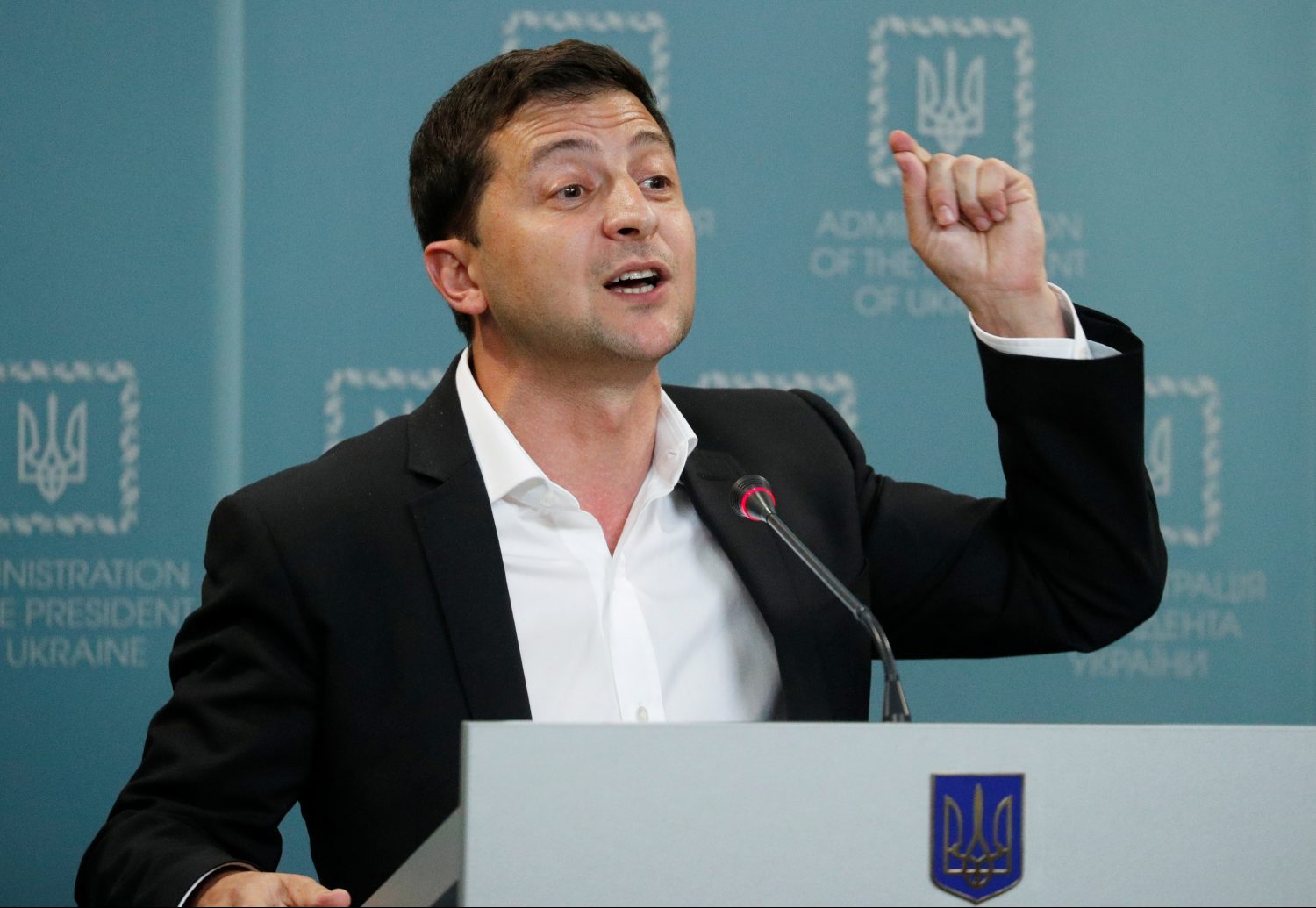 On October 1, President Volodymyr Zelenskyy announced that Ukraine had agreed to implement the Minsk Agreement with the help of the so-called Steinmeier Formula. What does that mean for Ukraine and could this be the first step in a peaceful settlement of the Donbas war?

We asked the following experts for their assessments:

Timothy Ash, economist, main focus on Ukraine, Russia, and Turkey: Zelenskyy was a little vague. His problem is the Steinmeier Formula is very unpopular in Ukraine and he risks a backlash if he comes out too enthusiastically for it. Nationalists will be on the street. Many people see it as a sell out to Moscow which it is really. The crux of the problem as with Minsk is defining what kind of autonomy the so-called Donetsk People’s Republic and the Luhansk People’s Republic have. Russia wants a federal Ukraine where the DPR and LPR have vetoes on Ukraine’s strategic direction. That is a non-starter for many in Ukraine.

I also worry what backroom deals have been done. In exchange for supporting Zelenskyy in his push for the Steinmeier plan, is the price letting oligarch Ihor Kolomoisky have PrivatBank back? Kolomoisky and Interior Minister Arsen Avakov control some of the militia forces in Ukraine. The hope is the West look the other way on PrivatBank as the price of peace in the East.

Nataliya Gumenyuk, editor-in-chief of Hromadske International: Indeed, this could be a breakthrough moment. What is different is that the Ukrainian government openly declared its maximum willingness to negotiate the conflict. That doesn’t mean that the Russians would be willing to, but that’s quite a moment. As the Minister of Foreign Affairs told us during a recent interview, why and for what should we wait? There were four years of waiting. Despite the great distrust of the Kremlin, it’s a good opportunity to show them that the old government under Poroshenko was not full prepared to bring about peace.

Zelenskyy appeals to the people of the Donbas. Whatever happens, he would look like he is the one who cared about them from the beginning. If he waits, he can be prevented from doing so. I know most people are super cautious that the Donbas could be dangerous for Ukraine.

What about the reaction of the democratic parties in Ukraine? Former President Petro Poroshenko despises Minsk and pretends that the Steinmeier Formula is a betrayal. What a shame for a person who has been involved in the process for four years and knows about the difficulties in the process. New parties like Holos are very loud about “red lines.” It is true that many aspects are unclear and we have to be careful, but it has to be discussed objectively. Otherwise no advance is possible.

Orysia Lutsevych, Research Fellow & Manager, Ukraine Forum, Russia and Eurasia Programs Chatham House: Zelenskyy campaigned on the promise to bring peace to Ukraine. He rarely specified how exactly he will go about delivering this. Since October 1, we have at least partial answer from Zelenskyy. But the devil is in the details. What are the modalities of local elections? What is the road map to prepare for elections? How and who will ensure security? Will the Organization for Security and Co-operation in Europe get access to monitor Ukrainian-Russia border in the East?

Currently, a majority of Ukrainians reject the idea of enshrining a special status for the Donbas in the constitution.  In addition, there are often contradictory messages from the Zelenskyy administration. Ukrainians got the news about Kyiv’s agreement to the Steinmeier Formula from the Russian media. This is only help to increase tensions and raises suspicions that Ukraine’s national interests will not be safeguarded by the president.

Olexiy Haran, research director of the Democratic Initiatives Foundation: The Steinmeier Formula explains how local elections in the non-government-controlled areas of the Donbas lead to a law on the so-called “special status” of these areas. Kyiv believes that this cannot happen without two things: first, security for elections, including the withdrawal of Russian troops, and second, really free elections, which means that there would be quite a long transition period before the elections. Perhaps Kyiv hopes to demonstrate this by accepting Ukraine’s readiness for the Steinmeier Formula and Russia’s unwillingness to reach peace. But what could happen at the next summit in Normandy? Joint Russian and Western pressure on Zelenskyy, who invested much in his peace rhetoric can lead to dangerous concessions for Ukraine. A danger has already been created: With the withdrawal of troops, the gray zone, in which Ukrainian citizens are not secure, danger is already increasing.

Sergiy Solodkiy, New Europe Center: From the very beginning, Ukraine’s new president declared his willingness to end the bloodshed in the Donbas as soon as possible. Accepting the Steinmeier Formula is just another proof of Ukraine’s commitment to move through the diplomatic process. One of the Ukrainian leadership’s intermediate goals is to revive the Normandy Format negotiations at the highest level. Official Kyiv has not made clear if it has any strategy on stopping Russian occupation in the Donbas. The main principle guiding Ukrainian leadership may sound like this: “We will make the first step and then we will see what to do next.” This can lead to the degradation of public trust in Ukraine toward authorities which is now unprecedentedly high (70 percent). The saddest thing is that a lack of communication can also have a negative impact on dialogue between the leadership of Ukraine and the leadership of partner countries in the EU (in particular Germany). The current effort is clearly enough to carry out a new Normandy summit and to approve new legislation in the framework of the Minsk commitments. However, there are still great doubts about Russia’s willingness to make the same steps forward. That is why we may expect certain dynamics in negotiations, but I do not think we may expect any strategic breakthrough in conflict resolution.

Andreas Umland, Senior Nonresident Fellow at the Center for European Security of the Institute for International Relations Prague: While many diplomats and politicians in the West may react with hope and relief to the news, the agenda that has been agreed upon is rather complicated and even risky. The so-called Steinmeier Formula is extremely unpopular with significant parts of Ukrainian society that harbor a deep distrust toward not only Russia, but also partly toward the West. These politicians and analysts fear that the implementation of the Steinmeier Formula will eventually lead to an international legalization of de facto Russian control over the occupied territories in the Donets Basin, if not of a larger area comprising all of the Luhansk and Donetsk oblasts. Many in Ukraine regard this compromise as a covert capitulation of Kyiv to Moscow. In a worst-case scenario, the deep aversion that significant parts of Ukraine’s political class and civil society have toward the Steinmeier Formula could lead to a—now real—civil war in Ukraine. That is, of course, exactly what the Kremlin has always been aiming at, for over five years now.

Mattia Nelles is the editor of the German-language website Ukraine verstehen. This article was first published in German on October 2 by Ukraine verstehen and has been lightly edited for clarity.