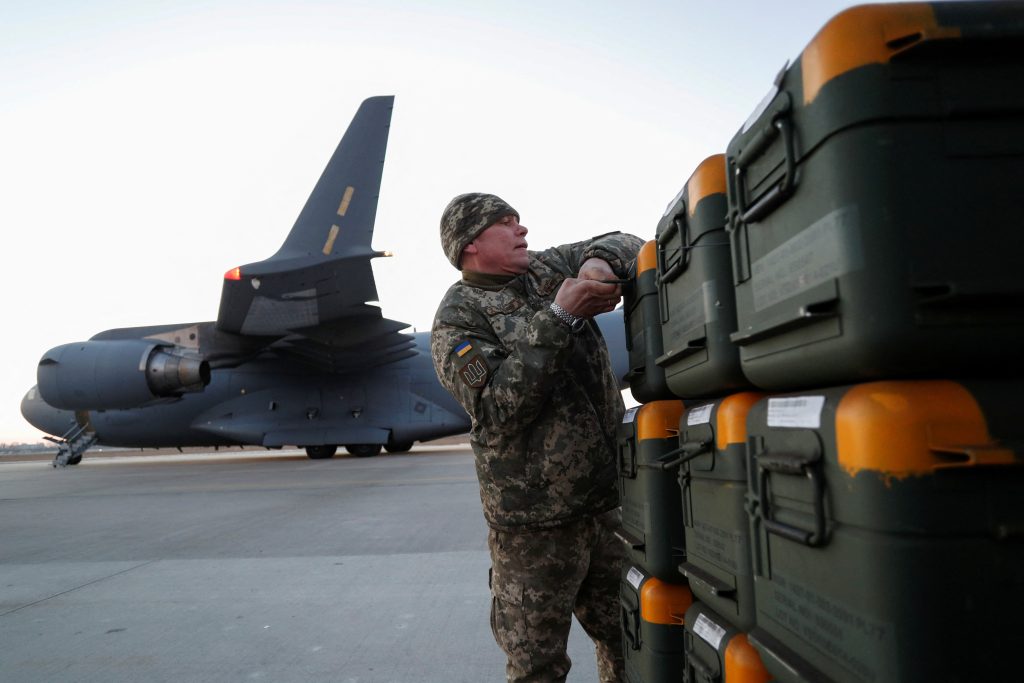 The failed effort to get Polish MiG-29 jets into the hands of Ukrainian pilots highlights the need for the United States to take calculated risks in the struggle to stop Russian President Vladimir Putin. With Ukraine still in desperate need of more military aid, it is now time to revive the Lend-Lease program signed into law eighty-one years ago on March 11, 1941.

Under Lend-Lease, US President Franklin Roosevelt “loaned” or gave military materiel to the United Kingdom when Britain stood alone in Europe against Adolf Hitler. Congress should immediately pass pending bipartisan legislation, S.3522, to authorize Lend-Lease arrangements for any non-nuclear weapons systems US President Joe Biden determines Ukraine can use to defend itself.

Ukraine’s need for the MiG-29 fighters was urgent. Russia’s February 24 invasion has stalled in part because Russia has so far failed to establish air superiority. While the number of MiG-29s in Poland would not have been enough to defeat Russia’s far larger air force, the longer Ukraine holds out, the greater the probability—still small today—that Putin’s backers in the Kremlin may force him to end the war.

However, the Poles were reluctant to transfer the fighters to Ukraine directly. They presumably feared that if they did so, Russia would retaliate by attacking Polish cities. While this would constitute an attack against all NATO members under article 5 of the North Atlantic Treaty, Warsaw has a residual nervousness that the United States will be reluctant to mobilize for all-out war if a Polish city gets attacked.

By declining to offer the Ukrainians the MiG-29s from a US airbase, Biden recognized that there is a greater risk in transferring a highly visible weapons platform like the MiG-29 to Ukraine compared to Javelin or Stinger missiles.

Nevertheless, Biden will need to take some calculated risks to defeat Putin’s plans.

Franklin Roosevelt took similar calculated risks with US “neutrality” in July 1940 when he transferred fifty old destroyers to Great Britain. In March 1941, Lend-Lease passed with a narrow congressional majority, allowing Roosevelt to replenish Britain’s stocks that were depleted during both Nazi Germany’s defeat of France and the months of unrestricted German submarine warfare against the convoys Britain needed to stay alive.

A Lend-Lease program to counter Putin’s war should focus, like Roosevelt did, on what the West has on hand that Ukraine needs most urgently. Three NATO nations operate Soviet-era air defense systems like the S-300 that have proven devastatingly effective in Ukrainian hands. Every one of the S-300s should be sent as quickly as possible to Ukraine.

The United States should backfill these systems by selling NATO allies state-of-the-art replacements so that no aircraft or missile can threaten Central European NATO cities. In addition to high-tech equipment like anti-aircraft and unmanned aerial systems, there is also an urgent need for the basics that were the hallmark of the original Lend-Lease program: medical supplies, mobile hospitals, secure tactical radios, night-vision equipment, uniforms suitable for Ukraine’s weather, and equipment that citizen-soldiers can learn to use very quickly.

The campaign to thwart Putin’s invasion needs to use many of the elements of Russia’s own hybrid warfare strategy, which combines conventional warfare with political warfare, irregular warfare, cyberattacks, disinformation, and other means to achieve strategic victory. Invoking the 1941 Lend-Lease program in 2022 is a powerful symbol of political warfare for three reasons.

The first is to counter Russia’s efforts to divide the American people. As divided as the United States is today, there is probably as much if not more bipartisan support now for a Lend-Lease bill to help Ukraine against Russia than Roosevelt had in 1941. Lend-Lease passed with a vote of 260-165 in the House and 60-31 in the Senate. We could see even greater unity today on a Lend-Lease bill.

Secondly, a renewal of Lend-Lease invokes the idea of the United States as the “arsenal of democracy,” as Roosevelt famously described the United States in December 1940. Putin may not have been deterred by the threat of US economic sanctions, but he is enough of a student of history to fear what happens when the United States increases aid to countries that he has invaded or threatened.

Ironically, following the US entry into World War II in December 1941, the Soviet Union was a beneficiary of an expanded Lend-Lease program. Millions of Russian and Ukrainian soldiers in the Red Army marched to victory using American boots. Turning on the flow of US materiel for the defense of Europe sends a message Putin cannot ignore.

Thirdly, and perhaps most importantly, invoking the symbols that the Allies used against Nazi Germany shows that the West is serious about responding to the greatest threat to European security since the days of Hitler. Pictures blending Hitler’s and Putin’s faces are now so widespread they are sold on “stock photo” websites. This shows that the symbolism is resonating.

Naming a military assistance program for Ukraine as “Lend-Lease” sends the message that the West is serious about responding to Russia’s invasion. Roosevelt’s first delivery of fifty destroyers to Great Britain in July 1940 was the start of an effort that turned the tide against Nazi Germany. Reviving Lend-Lease now would give Putin’s backers a serious opportunity to reflect that they may have put themselves on the losing side of history.