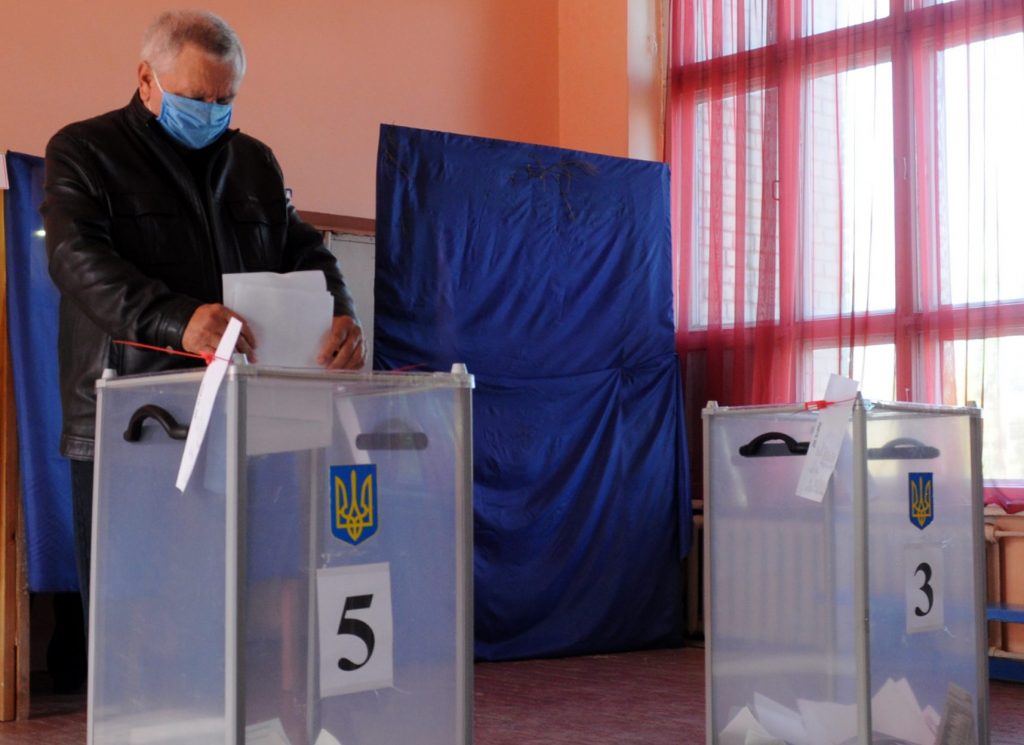 Ukraine’s local election season continues in the second half of November with a series of second round runoff votes to elect mayors across the country. On November 15, incumbent mayors Trukhanov in Odesa and Motherland’s Lysenko in Sumy won their respective runoffs decisively, while Andriy Pankov lost re-election in Kramatorsk. In open seats, Svoboda won another western Ukrainian mayorship in Kamianets-Podilskiy; Ihor Kolykhayev ushered in a new era in Kherson with a big victory over a former three-term mayor; and the For the Future party maintained its grip on the city of Lutsk.

On November 22, Ukrainians will vote in most of the country’s remaining mayoral runoff contests, with elections scheduled to take place in seven major cities. Here is a preview of what to look out for in this Sunday’s contests.

The good news for the ruling Servant of the People party is that they have three candidates in big city runoffs. The bad news is that they all face influential opponents and an uphill climb to victory.

In Poltava, Oleksandr Mamai, who was elected in 2010 and re-elected in 2015, is attempting a comeback with the For the Future party, which is backed by oligarch Ihor Kolomoiskiy. The controversial Mamai, known for his anti-Ukrainian activism and affinity for the Soviet Union, was removed from office by a no-confidence vote of the city council in September 2018. Last year, he ran for parliament but lost to a Servant of the People candidate by a 42%-17% margin. However, Mamai secured 30% in the first round of voting last month to lead his Servant of the People opponent Serhiy Ivashchenko, who garnered 18%. On the city council, For the Future has 10 seats versus Servant of the People’s nine, with five other parties also represented.

Beyond the Carpathian Mountains in Uzhgorod, incumbent Mayor Bohdan Andriyiv led round one by 25%-18% over Servant of the People’s Viktor Shadey. Controversial former mayor Serhiy Ratushnyak finished third with 15%. While Andriyiv ran as an independent, the Motherland party which backed him won eight seats on the city council, followed by Servant of the People with seven. With 20 seats needed to form a majority, either candidate that prevails will have to form a coalition with at least two other parties to govern the city since European Solidarity, the pro-Kremlin Opposition Platform-For Life, and the Baloha-backed Native Zakarpattya party have six deputies each, followed by the local Your City with five.

In President Zelenskyy’s hometown of Kriviy Rih, two-term incumbent Yuriy Vilkul led round one by a 45%-25% margin over the presidential party candidate Dmytro Shevchuk. Vilkul’s Ukrainian Perspective party also won 19 of 54 seats on the city council, which would allow them to form a coalition with Opposition Platform-For Life, which secured nine seats. However, Vilkul’s late withdrawal from the race due to health reasons now means that Konstantyn Pavlov from Opposition Platform-For Life will face Shevchuk. Pavlov received 9% of the vote and was endorsed by Vilkul. The runoff has been postponed until December 6.

Holos Party has pinned its hopes on the Cherkasy mayoral election. Their candidate Viktor Yevpak made the runoff against incumbent Andriy Bondarenko, who ran under the For the Future banner. Bondarenko, who led 38%-19% in round one, was accused by President Zelenskyy of being a “bandit” in May this year for refusing to implement quarantine measures, which subsequently led to Bondarenko filing a defamation suit against the president. Servant of the People and European Solidarity are both now backing Yevpak in the runoff. Bondarenko is considered the favorite but will face a tough time forming a coalition if he wins, as Holos, European Solidarity, and Servant of the People collectively hold 21 of 42 city council seats, which is just one shy of a majority. He also faces 19 criminal investigations which he says are politically motivated.

As for European Solidarity, their best chance for a big city win is in Rivne, where an open seat is being contested by two political newcomers. Viktor Shakyrzyan with the Rivne Together party ran a flashy campaign in round one to lead by a 20%-17% margin over European Solidarity’s Oleksandr Tretyak. Shakyrzyan has the backing of Svoboda and Motherland, along with a clear financial advantage. Meanwhile, Tretyak’s bid benefits from momentum, the endorsement of Holos, and the open support of Poroshenko, but a bigoted whisper campaign against his Protestant faith may work against him. A total of seven parties won seats on the city council, with European Solidarity holding a ten to seven lead over Rivne Together. However, with Servant of the People holding seven seats, Motherland and Holos each with five, and Svoboda and For the Future with four each, forming a majority can be done via multiple different configurations.

Poroshenko’s European Solidarity party is also competitive in the Lviv runoff. Former governor and European Solidarity candidate Oleh Synutka trailed three-term incumbent Andriy Sadoviy in round one by 31% to 40%. However, Holos has thrown its support behind Synutka, and Sadoviy’s long-time battle with Svoboda makes it difficult for him to reach a majority. In addition, European Solidarity won 26 of 64 seats on the city council, with Sadoviy’s Samopomich party finishing second with 17, and Holos winning eight. This means Sadoviy will have to either sway Holos into his coalition (if he wins), make peace with Svoboda (with six seats), or find a power-sharing accommodation with European Solidarity. Sadoviy is a scrappy politician who may yet prevail, but this year represents his toughest challenge to date.

In Dnipro, incumbent Borys Filatov led round one by a convincing 46%-13% margin over Zahid Krasnov from the Community Strength party, whom he also bested in the 2015 contest. Filatov is the clear favorite but will face some challenges later on when attempting to form a governing coalition. His faction has 22 of 64 seats, with Opposition Platform-For Life next with 13. Servant of the People hold nine, Krasnov’s party has eight, European Solidarity has seven, and Ukrainian Perspective (led by Filatov’s main 2015 opponent Oleksandr Vilkul) has five seats. Unless Filatov forms a coalition with Opposition Platform-For Life, he will need to find at least two other coalition partners consisting mostly of former opponents.

Image: Ukrainians will vote in the second round of mayoral elections across the country on November 22. (Valentin Sprinchak/TASS)