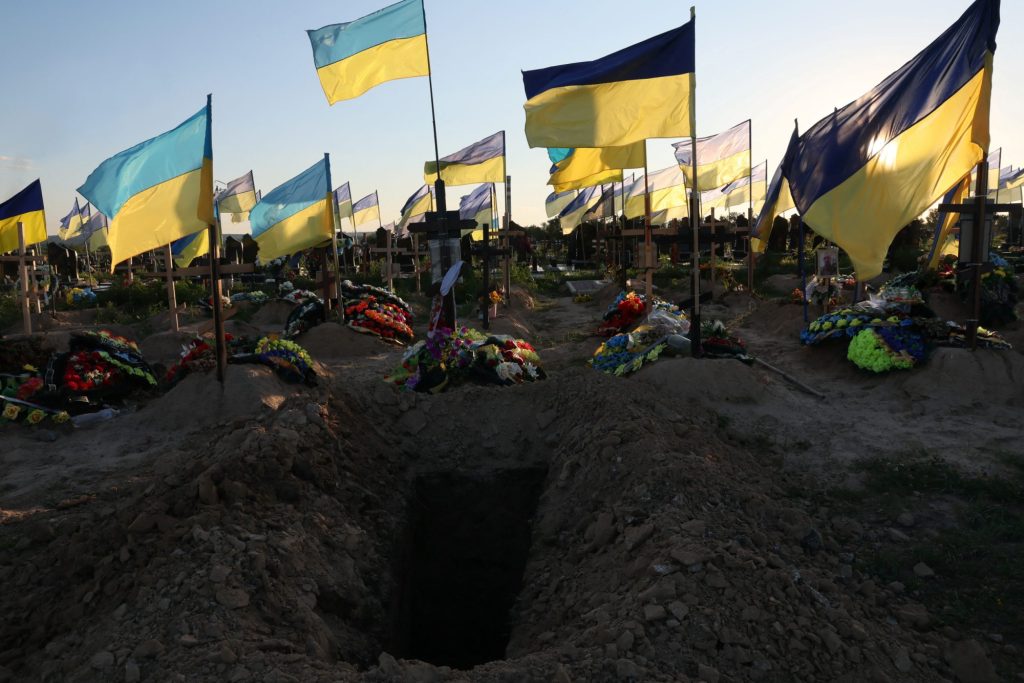 Sectoral sanctions imposed over the invasion of Ukraine are clearly hurting the Russian economy. However, it is equally apparent that such measures are long-term in nature and cannot be expected to end the invasion overnight. In order to have a more immediate impact, it is time to consider dramatically broadening the application of personal sanctions to encompass the many thousands of Russians who make the genocidal war in Ukraine possible.

Individual sanctions targeting government officials and other significant participants in the Russian war effort can serve to undermine the cohesion of the entire Putin regime. This would require expanding the sanctions net to include around a hundred thousand members of the Russian establishment as outlined in proposals drawn up by the Yermak-McFaul International Working Group.

Focusing on personal sanctions is an attractive option for countries engaged in international efforts to contain the Kremlin. Individual sanctions enable Western countries to be specific in targeting the army of government officials, politicians, business executives, and propagandists whose contributions are critical for the continuation of Russia’s invasion.

Personal measures such as travel bans and asset freezes can have a massive impact on those who are targeted. In practical terms, any Russians included on individual sanctions lists will find themselves no longer able to access the benefits of the democratic world.

The poetic justice of such sanctions is hard to ignore. For years, belonging to the Putin regime has meant guaranteed access to the many material advantages of Western civilization. Almost without exception, members of the modern Russian elite have invested their wealth in Western businesses and real estate. They have become leading consumers of every imaginable Western luxury and have secured privileged access to the very best of Western education and healthcare.

Members of Putin’s elite have done all this while shamelessly advancing a doctrine of anti-Western hatred to domestic audiences inside Russia itself. Will they be as enthusiastic in their support for Putin’s imperial agenda and his war in Ukraine if they find themselves excluded from the West and restricted to Russia? It seems highly unlikely.

While expanding personal sanctions could help undermine the pro-war consensus within the Russian establishment, the question remains of exactly who should be targeted. The Yermak-McFaul International Working Group on Sanctions against Russia has begun addressing this issue and has developed a road map for individual sanctions.

In order to prevent lobbying and avoid accusations of a selective approach, it is vital to apply clear rules when identifying targets for individual sanctions. This would require participating countries to agree on a range of categories covering the Russian government, economy, and the media.

Obvious targets would include oligarchs, senior government officials, executives at banks and companies linked to the war effort, and those involved in managing the Kremlin’s massive propaganda apparatus. As well as identifying key individuals in each given sector, it would also be important to extend any restrictions to proxies and family members.

The final list of those subject to personal restrictions could easily include over 100,000 people, making it the largest targeted sanctions initiative ever undertaken. This figure may sound excessive, but it actually represents less than 0.1% of the Russian population.

The effectiveness of an expanded personal sanctions policy would depend on the number of countries that agree to participate. Ukraine’s National Agency on Corruption Prevention (NACP) has published a preliminary list of individuals who would meet sanctions criteria and has shared this with potential participating countries.

Russians who find themselves on the list would be able to secure sanctions relief by resigning from their positions or otherwise publicly distancing themselves from the regime. It would be crucial to establish close consultation between the Ukrainian authorities and partner countries when imposing or lifting sanctions. It is worth noting that NACP officials in Kyiv have already been contacted by a number of Russians seeking to be excluded from sanctions lists.

A wave of resignations from senior figures in Russian state structures and Kremlin-linked industries would significantly hamper the country’s war effort while also exposing divisions within the ranks of the Russian establishment. This would reveal the fragile reality behind Putin’s posturing as the all-powerful dictator of Russia. With the future of his entire regime in question, he may then decide that he has no choice but to rethink the invasion of Ukraine.

Image: A fresh grave is seen ahead of a funeral in Kharkiv. July 2, 2022. (REUTERS/Leah Millis)