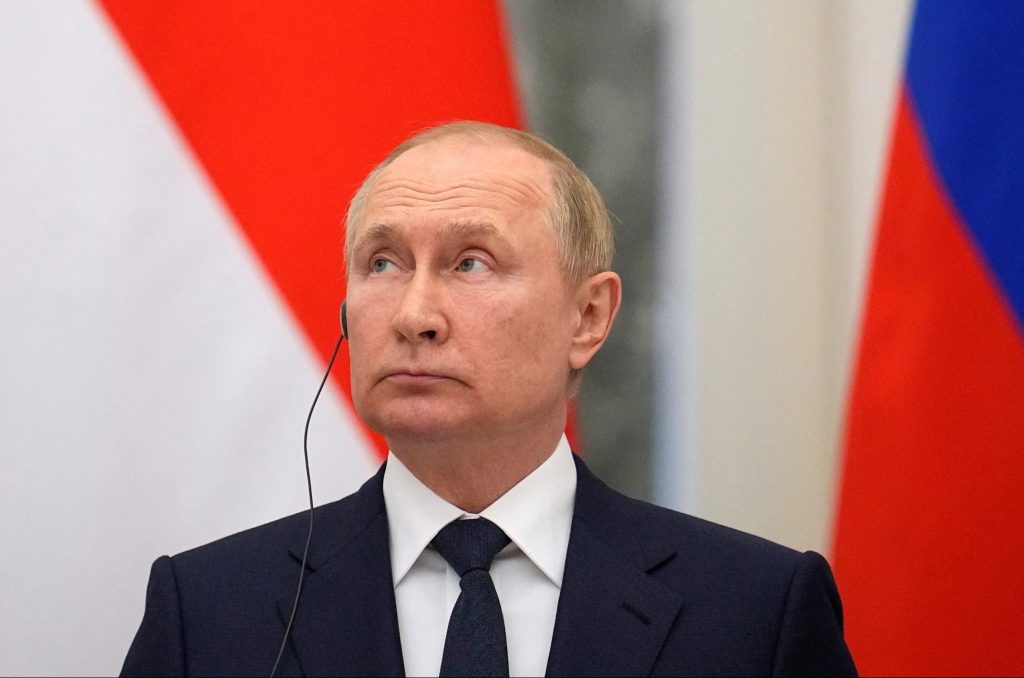 Ever since Russian troops first crossed the Ukrainian border on February 24, the Kremlin has employed characteristically euphemistic language in order to downplay the criminal nature of the unfolding invasion. This has led to the creation of an entire alternative reality where Russian troops are noble liberators waging a chivalrous campaign against dastardly Ukrainian Nazis who bomb themselves and stage fake atrocities by massacring their own civilian population.

While the official Russian version of events is self-evidently absurd, an understanding of the true meaning behind Moscow’s preferred terminology is essential for international audiences looking to make sense of the often bizarre statements coming out of the Kremlin. From “goodwill gestures” to “de-Nazification” and “reclaiming Russian lands,” here are some of the key phrases from the lexicon of Putin’s Ukraine War decoded into plain English.

De-Nazification: Putin has stated that the main goal of his “Special Military Operation” in Ukraine is the “de-Nazification” of the country. This attempt to justify the invasion by portraying it as a crusade against far-right extremism mirrors historic Kremlin efforts to discredit the Ukrainian independence movement by equating it with fascism. Putin’s “de-Nazification” claims are emotionally appealing to Russian audiences haunted by the horrors of WWII but they are also deeply misleading. Today’s Ukraine is actually an emerging democracy with a Jewish president and a far-right fringe that struggled to secure 2% of the vote in the country’s last national election.

In reality, the often savage actions of Russian troops in Ukraine have confirmed that the Kremlin views anything identifiably Ukrainian as “Nazi” and makes no distinction between the two. Putin’s proclaimed “de-Nazification” actually means “de-Ukrainianization,” as this prominent wartime article from Russian state news agency RIA Novosti makes abundantly clear. As far as most Ukrainians are concerned, the only Nazis in the country are the Russian soldiers waging a genocidal war on behalf of an unhinged dictator.

Military Objects: Russia’s invasion of Ukraine has been accompanied by a massive aerial campaign of bombings and missile strikes across the country. Meanwhile, Putin’s slowly advancing troops are heavily reliant on indiscriminate and overwhelming artillery attacks that have left thousands dead and reduced dozens of Ukrainian towns and cities to rubble.

While the whole world can see that much of Ukraine now lies in ruins, the Kremlin remains extremely sensitive to accusations of war crimes and continues to insist that Russian forces only ever target military objects. Based on the experience of the past four months, Russia’s understanding of “military objects” apparently includes Mariupol Drama Theater, Kramatorsk Railway Station and Kremenchuk Shopping Mall along with hundreds of schools, hospitals and residential buildings throughout Ukraine. With international war crimes investigations already underway, Russia’s claims regarding “military objects” will likely be tested in court.

Goodwill Gesture: Russia expected a quick and victorious war in Ukraine, but things have not gone according to the Kremlin plan. Rather than capturing Kyiv within a few days as anticipated, Russian forces have encountered robust resistance and suffered a series of painful battlefield losses. In a desperate attempt to disguise these defeats and protect Russian dignity, the Kremlin has taken to officially describing its retreats as “goodwill gestures.”

The first “goodwill gesture” came in late March when Russia retreated entirely from northern Ukraine after suffering defeat in the Battle for Kyiv. Following Russia’s most recent retreat from strategically vital Black Sea outpost Snake Island on June 30, the Kremlin similarly declared that it was withdrawing as a “goodwill gesture” to Ukraine. Ukrainians will be hoping for many more such “goodwill gestures” in the weeks ahead as they seek to dislodge Russian forces from the south and east of their country.

Reclaiming Russian Lands: In the months leading up to the Russian invasion, Putin pretended to be primarily concerned with NATO expansion into the former USSR. He has since abandoned this pretense and declared himself the heir to Peter the Great. Speaking in early June, Putin compared the current war to the eighteenth century conquests of the celebrated czar and stated that like Peter, he was now also engaged in the historic endeavor of “reclaiming Russian lands.”

Putin has never made any secret of the fact that he views the territory of modern Ukraine as historically Russian land. For years, he has denied Ukraine’s right to exist while claiming that all Ukrainians are in fact Russians (“one people”). The real question is which other sovereign nations might also fit Putin’s definition. He recently set off alarm bells by commenting that the entire former Soviet Union was historically Russian territory.

Nor is it clear if Putin’s appetite for reclaiming Russian lands is limited to the 14 non-Russian post-Soviet states. Imperial Russia once also ruled Finland and Poland, while the Soviet Empire after WWII stretched deep into Central Europe and included East Germany. One thing is clear: unless he is stopped in Ukraine, Putin’s imperial ambitions are certain to expand.