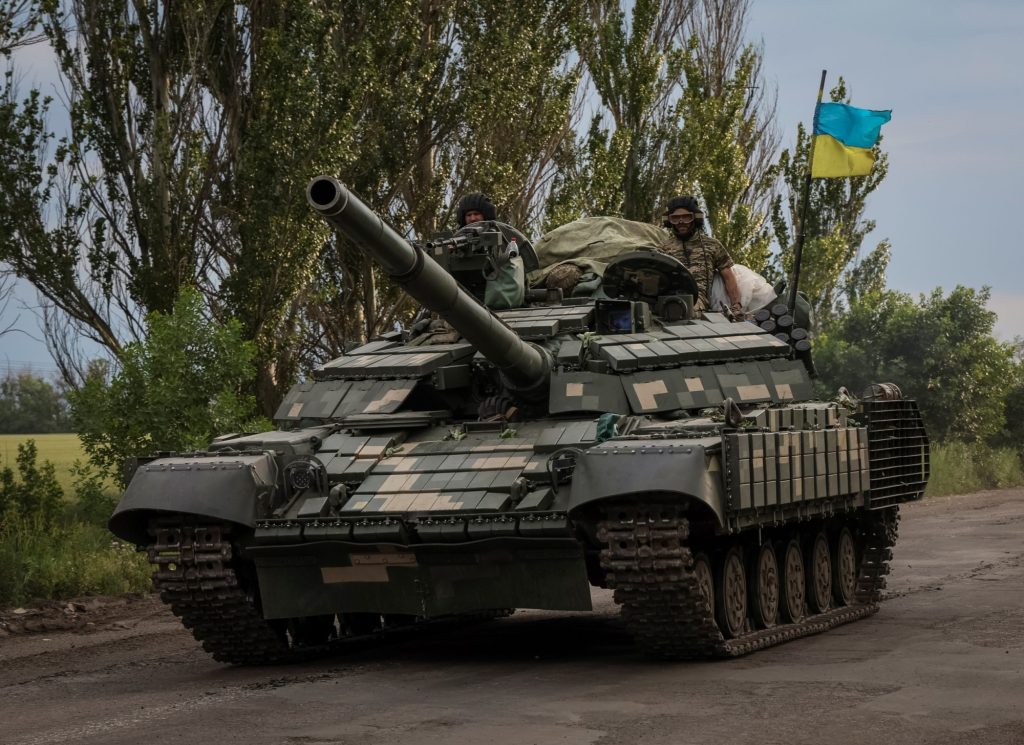 In many circles it has become de rigueur to assert that Ukraine cannot hope to prevail against the Russian military in the current war. If this assessment is correct, the obvious outcome of the conflict would be a negotiated settlement leaving Russia in possession of presently occupied territories in exchange for “peace.” With much of its eastern agricultural and industrial areas lost along with most of its Black Sea coastline, Ukraine would then become a vassal state, unviable economically and dependent on outside support for its existence.

In all likelihood, the appetite for international aid and support for Ukraine would wane over time, abetted by declining interest in sanctions against Russia. In this circumstance, the prospects for eventual EU and NATO membership for what remained of Ukraine would also fade. Instead, Ukraine would fall inexorably into the Russian orbit. Nor would “peace” follow.  As Putin has stated many times, Russia has larger foreign policy ambitions that extend far beyond Ukraine.

It is certainly true that as matters now stand, Ukraine probably cannot “win,” if victory is defined as recovering all internationally recognized Ukrainian territory and dealing a decisive defeat to Russia in the field.

Western financial and security assistance has helped Ukraine to inflict heavy losses on the Russian military in the air, at sea, and on land. However, conscious Western policy decisions to withhold airpower, self-propelled artillery, long range precision fires and main battle tanks from Ukraine are having the intended effect. Without them, Ukraine cannot transition to offensive operations and drive the invaders out.

Almost certainly, the West has collectively determined not to “humiliate” Putin. When Latvia is providing more military equipment to Ukraine than France, Italy and Germany, the true intentions of major European states emerge powerfully.

The logic of this approach, however, collapses when confronted with the strong probability of further Russian aggression on NATO territory. When that happens, there will be much hand-wringing about “missed opportunities” and “miscalculations.” It is far better to confront the threat now while Russia is reeling from high casualties, depleted stocks of high-tech munitions, low morale, severe losses among senior commanders, and inferior generalship.

A careful assessment suggests that given essential capabilities, Ukraine can win. In terms of manpower, President Zelenskyy can eventually put up to a million trained soldiers in the field, despite heavy losses to date. This is far more than Russia can likely generate.

Virtually the entire Russian army has been committed inside Ukraine, including units stripped from the Far East and the Kaliningrad exclave. Though often touted as  “850,000 strong,” the Russian military on the ground is actually significantly under 300,000, with the rest belonging to internal security troops (the Russian National Guard), border police and other organizations unsuited for combat in Ukraine. This force has suffered painful losses that cannot be offset with poorly trained conscripts and recalled reservists. Nor can Putin resort to full mobilization without putting his regime at great risk.  As time goes on, Ukraine’s manpower advantage will only grow.

In terms of equipment, Ukraine is well supplied with small arms, body armor and drones along with anti-tank and air defense missiles. It has a substantial tank and artillery force, good intelligence, and a well-run rail system that allows it to shift forces and supplies along interior lines. Most Ukrainian tanks, however, lack thermal sights, GPS navigation, modern ammunition and up-to-date armor, while most Ukrainian artillery is towed (and therefore vulnerable to Russian counterfire) and unprotected against small arms fire and shrapnel. Ukraine’s tanks and artillery are also outnumbered and outranged by more modern and lethal Russian systems.

Meanwhile, the US retains large numbers of M1A1 main battle tanks and M109A6 155mm self-propelled howitzers in storage, following replacement by upgraded variants. These are excess to current requirements and can be returned to operational status and shipped to Ukraine relatively quickly. Though not the very latest technology, they are more than a match for Russian counterpart systems. So far, Ukrainian grit, courage and resilience have enabled a stout resistance. But hard capability like this is needed to win.

Nowhere is Ukraine’s capability deficit greater than in airpower and long range fires, where Russia enjoys a clear superiority. Without a viable air force and sufficient numbers of rocket artillery platforms, Ukraine can’t target Russian long range systems that are leveling whole cities in the east and enabling incremental advances. The small numbers of HIMARS provided to date have helped but more are needed, along with the tracked Multiple Launch Rocket System (MLRS) version.

The Ukrainian air force has fought heroically but can generate no more than 10-20 sorties per day, only 10% of the Russian total. NATO allies and coalition partners provided strong air support in Kosovo, Iraq and Afghanistan and could do so again without the need to put troops on the ground. At the very least, permitting Poland and other former Warsaw Pact states to transfer Soviet era aircraft such as the MIG-29 and SU-25 to Ukraine would make a real difference.

Absorbing new equipment and training soldiers in their use will take time, making any counteroffensive in 2022 problematic. However, the Ukrainian military has shown great adaptability and versatility in fielding the wide variety of different equipment types now being provided. We can expect a resolute defense through the end of the year. If retrained and reequipped, the Ukrainian armed forces will be ready to transition to the offense in 2023. Its high morale, innovation, effective leadership and will to win far exceed that of the Russian military.

Giving Ukraine an offensive capability will require Western leaders to answer existential questions. Do we really want Putin to fail? Or will we be deterred by a constant barrage of shrill threats, above all regarding the use of nuclear weapons? Condensed to its essentials, Russia’s “escalate to deescalate” doctrine amounts to this: “if you don’t allow us to invade and occupy our neighbors, we’ll nuke you.” By that logic we cannot confront Russian aggression anywhere.

The US and its British and French allies have successfully relied on nuclear deterrence for many decades. That deterrent remains intact and operative. Here we must not give in to our fears. American and European leaders talk much about “preparing for a long war.” With skyrocketing energy prices and a looming global food crisis, the world does not need that. What it needs is a speedy end to the conflict.

Since 1945, the West’s record in preventing genocide and massive loss of innocent life has unfortunately been a poor one. For reasons that seemed both politic and sensible, we stood aside while hundreds of thousands perished in the killing fields of Cambodia, Somalia, Rwanda, the Sudan, the Balkans and Syria. It is now happening again as Russia attempts to snuff out Ukrainian democracy, independence, and culture. There will be consequences if the Atlantic community chooses once again to stand aside. This time, the conflict will not be in our backyard. It will be at our front door.

In short, if the West takes active measures to ensure Ukraine can’t win, it won’t.  But if it commits to supplying the range of capabilities required for modern, high intensity warfare, Ukraine can win and will win. That victory will forestall Russian aggression in the European security space for a generation, and perhaps forever. For our leaders and our peoples, that will be a worthy legacy.

R.D. Hooker Jr. is a nonresident senior fellow with the Atlantic Council. He previously served as Dean of the NATO Defense College and as Special Assistant to the US President and Senior Director for Europe and Russia with the National Security Council.