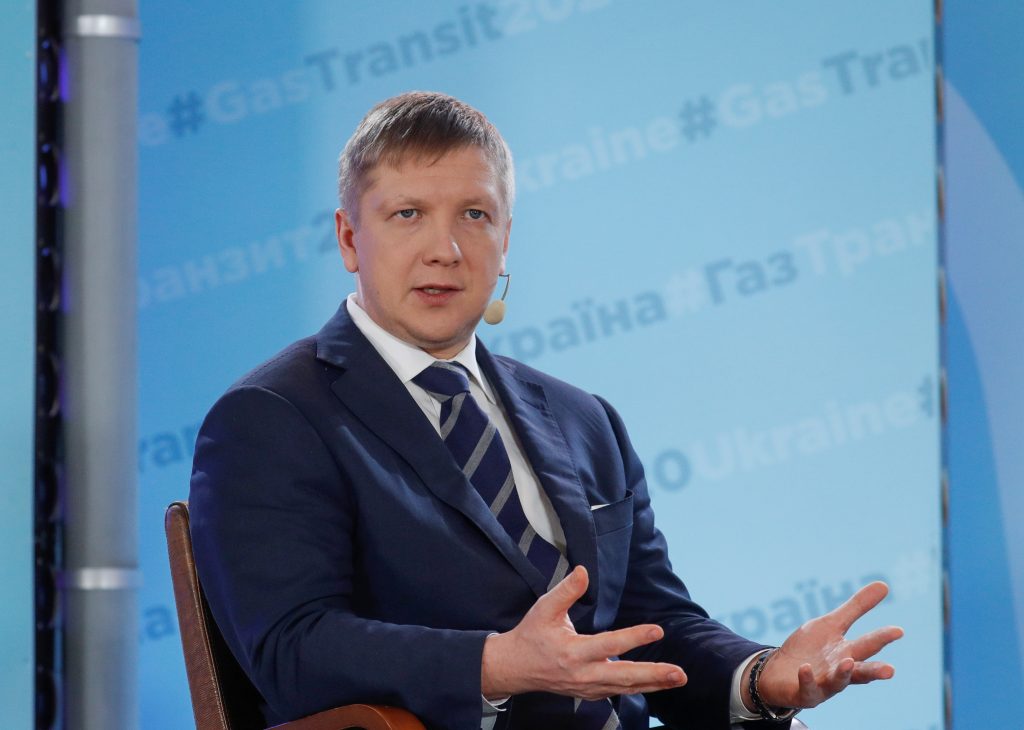 The “politics of personal destruction” is a term that originated in the US three decades ago during the Clinton era. The coinage was resurrected more recently in 2017 by Congresswoman Nancy Pelosi in her criticism of Republican rhetoric during the Trump years. Yet while the term is originally American, there is one country where such politics has reached its apogee: Ukraine.

In Ukraine, it seems, no public leader leaves office without being subjected to a wave of invective, criticism, and scorn. Ukrainian presidents, prime ministers, ministers, and technocrats, including those with significant accomplishments, are rarely thanked for their service. If you are removed from office in Ukraine, those dismissing you will never thank you. Nor will they acknowledge your accomplishments when they assert that it is time for a change.

Such was the case with the recent removal of Andriy Kobolyev as CEO of Naftogaz, Ukraine’s giant public oil and gas company, whose income supplies some 15% of Ukraine’s state budget. Kobolyev’s hasty dismissal, which occurred by action of the Cabinet of Ministers acting as the shareholders of the public company, was within the terms of the Naftogaz charter and occurred with plausible cause.

After years of marked successes in restoring profitability, reducing the scope for corruption, successfully litigating with Russia’s Gazprom, and fighting against the completion of Russia’s Nord Stream 2 pipeline, Naftogaz recently posted massive annual losses. The announced shortfall of nearly USD 680 million represented around ten percent of the conglomerate’s revenues. While some of these losses are the product of arrears from utilities and declines resulting from the market effects of COVID, Naftogaz did not succeed in its efforts to remove questionable intermediaries operating in the domestic energy market.

Nor did Naftogaz address unresolved problems at one of its affiliates, UkrNafta, an oil company in which US-sanctioned Ukrainian oligarch Ihor Kolomoisky exerts considerable influence. Most importantly, Naftogaz missed its own targets to increase domestic gas production. Instead, production suffered a decline in 2020.

Rather than thanking Kobolyev for his important work during the six years of his tenure and informing him that last year’s disappointing performance justified a change, the government dismissed him amid a torrent of criticism. This undermined not only the credibility of the former CEO, but of a company that had previously been a bright beacon of reform in a notoriously corrupt precinct of the Ukrainian economy.

But the politics of personal destruction did not end with Kobolyev. Members of Kobolyev’s team, angered by the unbalanced attack on their record, immediately turned their venom in a similar fashion on the incoming Naftogaz CEO, Yuri Vitrenko, a widely respected reformer.

For two decades, Vitrenko had been a business partner and virtual alter ego of ex-CEO Kobolyev. Vitrenko served under Kobolyev for six years as the Executive Director of Naftogaz, until differences over reform priorities led to a falling out between the two longtime friends. Vitrenko, moreover, played a leading role in the company’s restructuring and reform, diversifying Ukrainian gas supplies to ensure it no longer imports Russian gas, and managing the complex arbitration process between Naftogaz and Gazprom, which resulted in an award to Naftogaz of USD 3 billion.

Despite this exemplary record, sniping from Kobolyev’s allies (though not publicly from Kobolyev, who limited his remarks to a defense of his own record), took a variety of dishonest forms. The criticisms ranged from charges that Vitrenko is beholden to powerful and corrupt oligarchs (though many of their supporters in parliament actually blocked his recent nomination to the post of First Deputy Prime Minister); to his inability, incapacity, and unwillingness to pursue Ukraine’s fight to stop Russia’s Nord Stream 2 pipeline; to his willful dismantling of an excellent Naftogaz leadership team, much of which chose to leave the company along with Kobolyev.

The stream of negative publicity targeting Kobolyev and then, with even greater fury, Vitrenko, hurt Ukraine and Naftogaz, a company which was regarded by many as a flagship for the country’s reform agenda. In this way, the politics of personal destruction morphed into the politics of institutional destruction.

Amid the barrage of negative news around Naftogaz, it is time for Ukraine’s Western partners and the media to take a sober look at what actually happened.

Western governments were correct in expressing concern over the way the dismissal was handled and the manner in which the Naftogaz Supervisory Board was bypassed. However, while the Ukrainian government acted quickly and stepped on some sensitive toes, it had legitimate reasons and a shareholder’s right to seek a change at the top.

Moreover, the purpose of a Supervisory Board is not merely to be an independent monitor but also to ensure that management functions as effectively as possible in generating income and profit, a responsibility sharply at odds with last year’s performance. In that regard, the Board appears to have dropped the ball.

Amid all the rhetorical sturm und drang, it is important for everyone to understand that in appointing Yuri Vitrenko, Ukraine’s government has chosen a strong manager, a reformer with a record of integrity and independence, a negotiator of proven skill, and an executive with a track record of effectively countering Russia’s economic and energy wars against Ukraine.

Looking ahead, Vitrenko deserves support and cooperation as he seeks to build on the accomplishments of his predecessor, while addressing some of the areas in which reform and performance at Naftogaz has lagged.