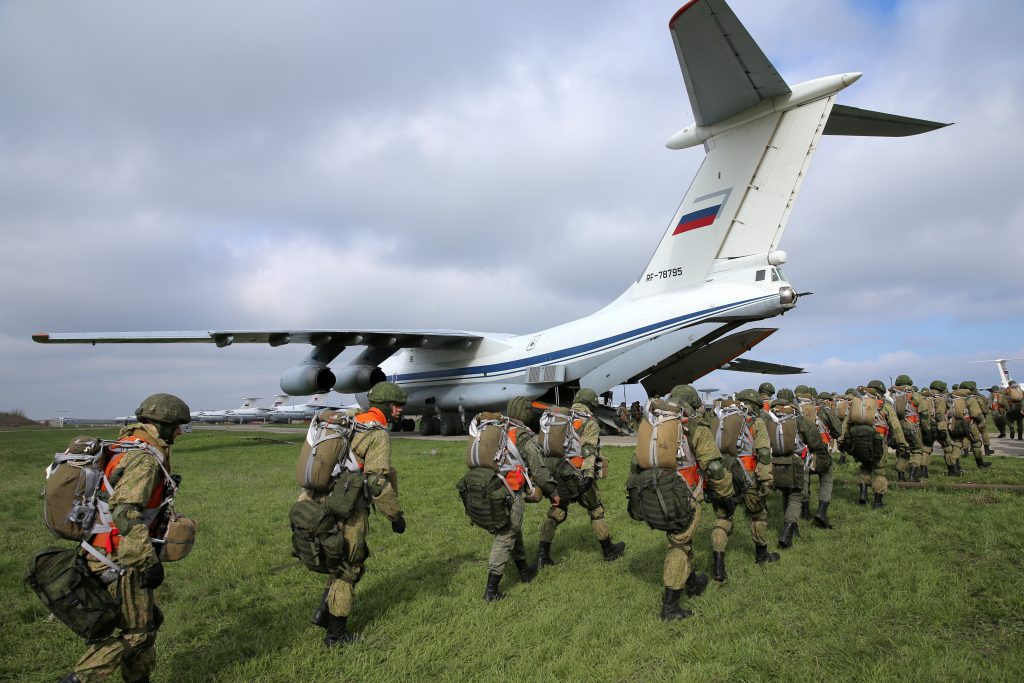 Russian Defense Minister Defense Minister Sergei Shoigu announced on April 22 that Russian troops would begin pulling back from positions close to the Ukrainian border and returning to their bases. If fully implemented, this withdrawal will bring the curtain down on weeks of heightened tensions caused by a massive Russian military build-up close to Ukraine that had sparked fears of a possible major escalation in the simmering seven-year conflict between the two countries.

Amid the justifiable sense of relief in Kyiv and other European capitals, it is critical to underline that Vladimir Putin’s campaign of aggression against Ukraine remains far from over. While the potential catastrophe of a full-scale Russian spring offensive has been avoided, the threat of a dramatic escalation remains very real. Meanwhile, Crimea and large swathes of eastern Ukraine’s Donbas region are still under Russian occupation, and the death toll continues to climb in a conflict that has already claimed more than 14,000 Ukrainian lives.

It remains to be seen whether Russia’s announced withdrawal will apply to the entire military build-up in regions bordering Ukraine. Speaking in Brussels earlier this week, EU foreign policy chief Josep Borrell stated that Russia had deployed over 100,000 troops to the Ukrainian border, along with a vast array of military hardware. This tallies with similar assessments shared by the US and Ukraine.

In the coming weeks, the international community will be closely monitoring the situation to determine whether the Kremlin intends to keep elements of its recently deployed forces in place on a more open-ended basis. They will also be watching to see if Moscow attempts to rotate any troops and equipment surreptitiously into Russian-occupied eastern Ukraine.

At this stage, the crisis appears to have brought a number of positives for Ukraine. On the domestic front, President Zelenskyy rose to the occasion and enjoyed some of his most statesmanlike moments since winning the presidency two years ago. He demonstrated personal courage by visiting the front lines; secured high-profile meetings with international leaders including Turkish President Recep Tayyip Erdogan and French President Emmanuel Macron; communicated a reassuring “don’t panic” message to the international media; and delivered a strikingly presidential address to the Ukrainian nation which included some memorable one-liners directed at Vladimir Putin. “It is impossible to bring peace on a tank,” he informed the Russian dictator.

The international response to Russia’s saber-rattling was also somewhat encouraging from Ukraine’s point of view. America led the way with a flurry of calls to Kyiv and Moscow that served to communicate Washington’s support for Ukrainian sovereignty and readiness to impose costs on the Kremlin. A broad coalition of Western nations also voiced their backing for Ukraine while expressing alarm over Russia’s actions.

Many believe Russia’s military build-up was at least partially motivated by a desire to test the strength of the international community’s ongoing commitment to Ukraine. If this was indeed the case, then the response has been emphatic. As Ukrainian parliamentarian Oleksiy Goncharenko noted this week, “Putin has received a very clear signal that the international community is on Ukraine’s side.”

Despite these welcome developments, Ukraine remains in a perilous security predicament. The crisis did not provoke any significant increases in direct Western military support, while Ukraine’s increasingly direct and vocal calls for greater progress towards NATO membership were discreetly ignored. As a result, few in Kyiv are under any illusions regarding the limitations of international support. Instead, there is recognition that while Ukraine can expect to receive much-needed weapons and access to important intelligence in the event of an escalation, the country remains ultimately alone as it faces the Russian colossus.

The recent spike in geopolitical tensions has also allowed Russia to achieve a number of strategic objectives. Putin was able to flex his military muscles on the global stage and secured a flattering summit invitation from Joe Biden that strengthened Russia’s fading claims to superpower status. Perhaps most importantly, the Kremlin also demonstrated its ability to dial up or deescalate its hybrid war against Ukraine at will. The message to Kyiv and Ukraine’s Western partners could hardly have been clearer: Russia has not ruled out a military solution to the conflict and may yet resort to force if the necessary concessions are not forthcoming.

The international community must now decide how much longer it will allow itself to be intimidated by the Kremlin in this manner. Putin may have ordered his reinforcements to withdraw for the time being, but at present there is nothing to stop him repeating these scare tactics whenever necessary. Crucially, he also continues to control formidable forces inside occupied eastern Ukraine, and fully expects the Ukrainian authorities to accept peace terms that would fatally undermine their country’s independence.

Speaking as news of the withdrawal broke, Putin said he would only be prepared to discuss peace with his Ukrainian counterpart if Zelenskyy first initiated direct negotiations with the Kremlin’s proxy forces in eastern Ukraine. As Kyiv is all too aware, any such talks would legitimize Russia’s appointees and set a time bomb under Ukrainian statehood. In essence, Putin is inviting Ukraine to choose between military destruction or the surrender of sovereignty. If the Western powers fail to challenge this blatant blackmail, Ukraine will not be the last victim.

The past few weeks of heightened tensions have served as a reminder that the Russo-Ukrainian War remains the foremost geopolitical problem in the world today. Ever since the Kremlin seizure of Crimea just over seven years ago, Russian aggression in Ukraine has been the central factor fueling a dramatic deterioration in international relations that many now regard as a new Cold War.

For Putin personally, this makes perfect sense. He is haunted by the Soviet collapse of 1991 and believes that Ukraine’s successful integration into the Western world would inspire demands for a similar transition inside Russia itself. When viewed from this perspective, there is nothing disproportionate about Putin’s willingness to build Russia’s entire foreign policy around a commitment to maintaining a destabilizing foothold in Ukraine.

With the Western powers understandably reluctant to enter into a direct military confrontation, the only way to move beyond the current cycle of Russian saber-rattling is to radically enhance Ukraine’s own defensive firepower. This would not end the Russo-Ukrainian War, but it would move the confrontation from the dangerous unpredictability of the current hot phase towards a more manageable frozen conflict.

Russia does not seek peaceful coexistence with an independent Ukraine, but it does respect strength and can be decisively deterred by a massive upgrade in Ukraine’s anti-tank, anti-aircraft, and naval defenses. Until this point is reached, the Russo-Ukrainian War will remain a key cause of international instability and a potential source of a far larger global cataclysm.

Image: Russian paratroopers board a military transport aircraft in Taganrog close to the border with Ukraine on April 22. (Erik Romanenko/TASS via REUTERS)