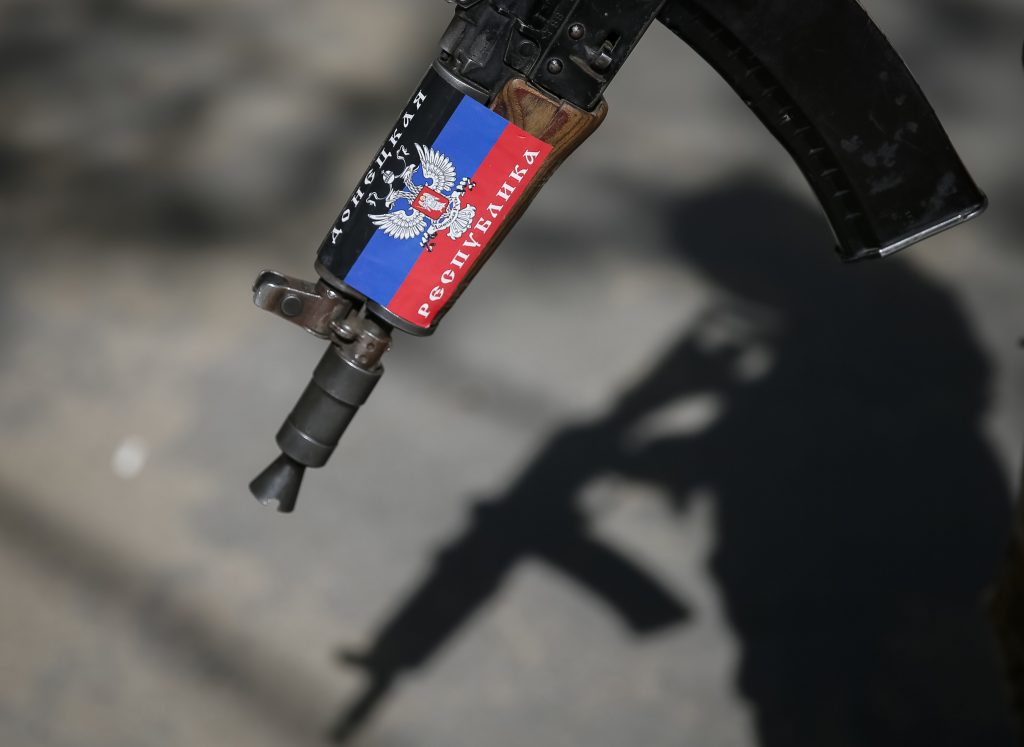 The existence of secret prisons in Russian-occupied Donbas is one of the lesser known aspects of Vladimir Putin’s ongoing war against Ukraine, but details have been slowly emerging for a number of years that point to grave human rights abuses taking place in areas currently under Kremlin control. A new book by Ukrainian journalist Stanislav Aseyev seeks to raise international awareness of this alarming phenomenon.

Aseyev’s memoir, “The Torture Camp on Paradise Street,” offers a revealing glimpse into the horrors of life as a political prisoner in Russian-occupied Donetsk. Recently translated into English, “Torture Camp” focuses on Aseyev’s time in Izolyatsia, a secret prison that has become notorious for widespread allegations of torture. Izolyatsia is believed to the largest facility of its kind in Russian-occupied eastern Ukraine. It is located in buildings that formerly served as a factory and contemporary art space.

A native of Donetsk, Aseyev remained in the city after it was seized by Russian-backed forces in spring 2014. He continued to report on local developments for international news outlets under a pen name, but was abducted from his home by occupation security forces in 2017 and imprisoned in the infamous Izolyatsia prison for over two years.

Aseyev continued to write while in prison, and was internationally recognized as a political prisoner during his incarceration. He was eventually released as part of a December 2019 prisoner exchange.

As an experienced journalist, Aseyev offers a compelling and often vivid account of his imprisonment, including grim details of the torture techniques employed to humiliate and break prisoners. He explains the emotional toll of living in constant fear of violence, and recalls the dark brand of humor favored by inmates as they sought to cope with the horror and absurdity of their situation.

Though the book begins with Aseyev’s arrival to Izolyatsia and ends around the time of his release, it proceeds thematically rather than chronologically. Conveying the torture, violence, and psychological stress that prisoners in Izolyatsia endure can be difficult, Aseyev admits. At one point, he wonders if literature is even an appropriate medium through which to relay his experiences.

Fortunately, Aseyev’s skill as a writer shines through in “Torture Camp.” Nina Murray and Zenia Tompkins also deserve considerable credit for their excellent English-language translation. It was clearly not an easy book to produce. Aseyev himself has noted that his time in Izolyatsia altered his writing style, leading to him eschewing the abstract language of his previous works in favor of short, precise sentences.

The author inserts small details and little observations into each chapter that make plain the sheer absurdity of the prison. Izolyatsia officially doesn’t exist, and yet it sits on a busy neighborhood street in the largest city in occupied eastern Ukraine. Individual prison cells are crammed full of inmates with just one toilet and a small sink, but many also have working air conditioning in the summertime. While Aseyev was detained because of his reporting, prison guards allowed him to continue writing during his incarceration. Some even kept examples of his work for themselves.

Throughout his memoir, Aseyev marries the profound reflections of a well-educated political prisoner with sparse, haunting prose that matches the nightmarish everyday existence of life in Izolyatsia. His meditations on torture highlight his ability to analyze the nature of the abuse taking place. In Izolyatsia there are two kinds of torture, he says: torture that aims to break an individual’s spirit and torture merely for the sake of it.

It is hoped that Aseyev’s first-hand account of human rights abuses in Russian-occupied eastern Ukraine can now help to play a role in bringing the perpetrators to justice. Indeed, Aseyev and his team have been working to identify some of the worst offenders.

The author devotes a significant portion of the book to describing one of the key figures at Izolyatsia, a sadistic official nicknamed “Palych” who took apparent delight in torturing and assaulting inmates seemingly at random. Remarkably, this individual was recently detained in the Ukrainian capital. On November 9, Ukraine’s SBU security service captured Palych in Kyiv with the help of Aseyev and journalist Christo Grozev. Palych, whose real name is Denys Kulikovsky, is currently awaiting trial in a Ukrainian pre-detention facility.

“The Torture Camp on Paradise Street” is a distressing but important book. It offers Western audiences a timely window onto the brutality and lawlessness of life in Russian-occupied eastern Ukraine. This human rights dimension of the conflict is often overshadowed by the geopolitical and military aspects of Russia’s ongoing war against Ukraine, but with many Ukrainians still being held in appalling conditions, it is vital to highlight their plight.

Andrew D’Anieri is a program assistant at the Atlantic Council’s Eurasia Center. He tweets at @andrew_danieri.

Image: A weapon decorated with the flag of the so-called Donetsk People's Republic in eastern Ukraine. (REUTERS/Gleb Garanich)