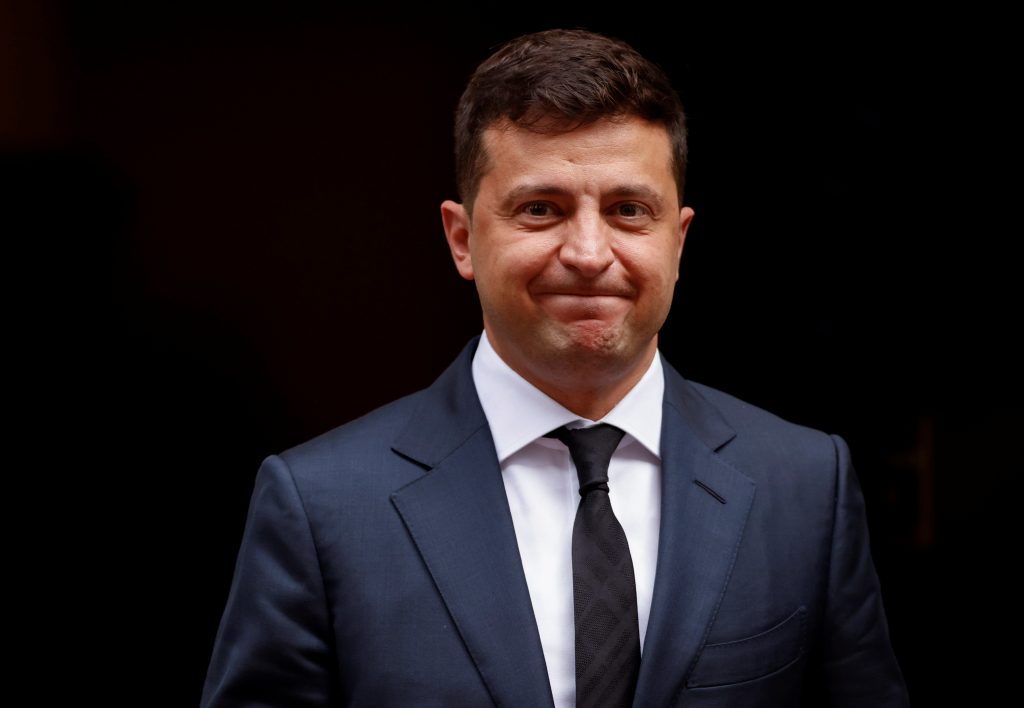 In May 2020, the International Monetary Funding (IMF) concluded an eighteen-month standby agreement with Ukraine worth USD 5 billion, with an immediate disbursement of USD 2.1 billion. A second disbursement was planned for September, but did not take place because Ukraine had not carried out the necessary prior actions.

Investment banks are now reporting that Ukraine will not receive any IMF tranche this quarter, but will do so during the next quarter. Meanwhile, for the past few months, all the relevant Ukrainian government representatives have been insisting that an IMF review mission will come to Kyiv very soon, and that Ukraine will receive IMF funds before the end of the year.

Alas, such optimism is misplaced.

The real situation facing Ukraine is far bleaker. If the Ukrainian government does not fundamentally revise its current economic policy and political trajectory, it is unlikely to receive any IMF, World Bank, or European Union funds for as long as Volodymyr Zelenskyy remains president. The problems facing his administration are multiple and profound.

On November 17, Zelenskyy talked with IMF Managing Director Kristalina Georgieva by phone. Afterwards, he stated, “To date, all structural benchmarks stipulated for the revision of the IMF program have been completed.” Unfortunately, that is simply not true.

The most important IMF demand is the independence of the National Bank of Ukraine (NBU). The president stated that “he consistently supported” its independence, but in July 2020, he forced Ukraine’s highly respected NBU Chairman Yakiv Smolii to resign. The majority of the NBU board have also been forced out. Zelenskyy then appointed a man from his own circle, who in turn removed the impressive Kateryna Rozhkova from bank supervision. That is the opposite of respecting the independence of the NBU.

The president then claimed that for him, “continuing reform of anti-corruption bodies is one of the priorities.” That is good, but it is obvious that he does not know how to defeat Ukraine’s notoriously corrupt Constitutional Court. Nor does he appear to have the necessary parliamentary majority to do so. This is the second most important group of IMF conditions that remains blatantly unfulfilled.

A third group of unfulfilled prior actions relates to judicial reform. This does not even seem to be on the government’s agenda. Other ignored issues include improvement of corporate governance and amendment of the Deposit Guarantee Fund Law.

Ukraine has made progress on one front, the state budget for 2021, with the deficit now down from six percent of GDP in the first reading to the present 5.5 percent of GDP. The government is also doing quite well on macroeconomic policy, even if the IMF is not enthusiastic about increased government spending on road construction rather than on healthcare in the midst of the current pandemic.

Zelenskyy does not appear to grasp that the IMF takes its conditions seriously and does not want to be treated as just a source of cheap credits. Unlike the Ukrainian government, it is focused on structural reforms so that the Ukrainian economy can start growing at five to eight percent a year, rather than at minimal rates.

Seemingly unaware of the IMF’s concerns, Zelenskyy concluded his conversation with Georgieva by saying “our teams enjoy trust and work closely to complete the negotiations and welcome the IMF mission as soon as possible.” Really? How can the IMF trust him and his government when they persistently claim that they have carried out reforms when they have not?

Unfortunately, I have seen this movie before.

In its relations with the IMF, the Zelenskyy team acts increasingly like Ukraine’s 2010-2014 Yanukovych government, which concluded a standby agreement in the summer of 2010 but then received no further tranches. The Yanukovych administration used to send half a dozen senior officials to Washington twice a year to talk to the IMF and the US government, but since they did not bother about reforms, they were received only at low levels. They then hired expensive lobbying companies, but also without result.

The Zelenskyy people suffer from the same problem. They do not listen to what the IMF actually says. Instead, they only seem to hear that IMF officials are very polite towards them and attentive to Ukraine. This leads them to entirely the wrong conclusion that Ukraine will receive cheap credits. I often wish that IMF staff would raise their voices in order to be better understood.

The new NBU Governor, Kyrylo Shevchenko, spent November 8-14 in Washington in the vain hope of swaying the IMF. He appears to have been received only at the mission chief level. The Zelenskyy administration now wants to send Ukraine’s excellent former finance minister Oksana Markarova as ambassador to Washington, obviously with an eye to securing IMF funding. This is unlikely to impress the IMF. They would be far more impressed if she was made finance minister again.

The problems surrounding the Zelenskyy government are mounting alarmingly. First of all, since March 2020, the president has led a reversal not only of the reforms pursued under him, but also those initiated by his predecessor Petro Poroshenko. Second, his government has not presented plausible proposals to resolve IMF concerns over Ukraine’s unfulfilled commitments. Third, the president appears to no longer have a ruling parliamentary majority, and seems disinterested in forming a reformist majority.

Perhaps worst of all, he seems unable or unwilling to confront oligarch Ihor Kolomoiskiy, who has launched 600 cases against the nationalized Privatbank and its staff. Unless Zelenskyy comprehensively changes his policies and staff, I doubt the IMF will offer his government any more credits.