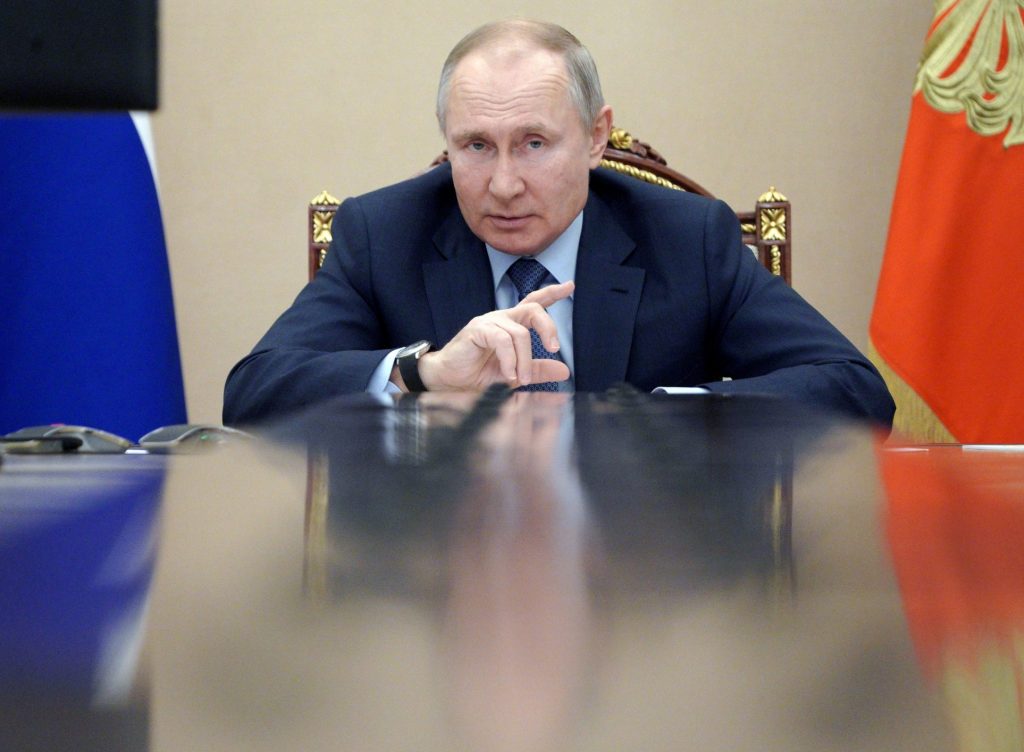 Moscow police raided a conference of independent municipal lawmakers and activists in the Russian capital on March 13 and detained around 200 delegates. The move marks a significant escalation in the Kremlin crackdown on political opposition as the country prepares for scheduled parliamentary elections in September 2021.

The two-day Municipal Russia conference, which was attended by representatives from more than 50 regions across Russia, lasted less than one hour before law enforcement officials broke up the meeting. Attendees were arrested and charged with the administrative offense of taking part in the activities of “undesirable organizations”.

These latest detentions come at a time of heightened concern in the Kremlin following a flurry of protests in towns and cities across Russia in response to the January 2021 arrest and imprisonment of Russian opposition leader Alexei Navalny. With Russian President Vladimir Putin’s approval ratings in decline and support for his United Russia party dwindling, the authorities appear to be adopting an uncompromising stance in advance of the coming State Duma elections. Conference organizers and attendees accused the Kremlin of staging a “demonstrative show of strength” in order to intimidate independent political forces ahead of the September vote.

Atlantic Council experts offer their analysis on what the recent raid can tell us about the current political climate in Russia.

Daniel Fried, Distinguished Fellow, Atlantic Council: While not as vicious as assassinations (or attempted assassinations), the raid last weekend on a Moscow conference of local elected officials and opposition activists is another indication of the defensive stance of Russia’s authorities toward Russian society as the “stagnation” phase of the Putin regime deepens.

The conference that police shut down shortly after its opening on Saturday had brought together elected municipal deputies from around Russia together with a number of opposition political activists including Vladimir Kara-Murza (himself twice the victim of poisoning), Ilya Yashin, Yulia Galymina, Yevgeny Roizman and Andrei Pivovarov. Many were arrested, though most appear to have been released later and charged with various violations. According to the Moscow Times, the United Democrats organization, backed by one-time oligarch turned opposition leader-in-exile Mikhail Khodorkovskiy, organized the conference. Indeed, opposition tactics have included encouraging candidates to run in local elections that tend to be freer than those at a national level.

Putin’s regime seems to be growing more rigid and more nervous about even this ordinary sort of independent political activity. Russia’s economy is stagnating while Putin’s alleged personal corruption (including the now infamous palace on the Black Sea) is reaching brazen heights. Russians don’t seem too happy about it. Why would they be? The “era of stagnation” was the phrase used by Russians to describe the late-Brezhnev period; as last weekend’s arrests suggest, it is equally apt today.

Anders Åslund, Senior Fellow, Atlantic Council: The March 13 arrest of so many elected representatives of regional and local councils in a Moscow hotel was a major development. One of the participants, Vladimir Kara-Murza, saw it as a unique event. The elected representatives from more than 50 of Russia’s regions reminded him of the first local elected representatives before Russia’s 1905 revolution. They had gathered in Moscow to discuss how to proceed in Russia’s State Duma elections, which are scheduled to take place in September 2021. A new democracy was brewing.

Twenty minutes after their meeting had started, a police colonel appeared in front of them and declared that they were all arrested because of their interaction with an undesirable organization. Police had blocked all exits. Later on, the participants learned that the undesirable organization was Mikhail Khodorkovsky’s Open Russia Foundation. The suspicion is that the Kremlin’s aim is to have all these prominent democrats labeled as criminals so that they are disqualified from participation in the September Duma elections.

Maria Snegovaya, Nonresident Fellow, Atlantic Council: This is just the latest and one of the most shocking in a series of attacks on the opposition undertaken by the Russian authorities during the last year. Vladimir Kara-Murza, who was among the conference attendees, wrote that even seasoned opposition leaders in Russia cannot remember a similar instance when the police detained an entire conference room with the overwhelming majority of those detained being elected officials.

Repressive measures have grown significantly following the summer 2020 passage of new constitutional amendments that allow Vladimir Putin to remain in power until 2036. Given the declining popularity of Putin and his United Russia party, the authorities are particularly anxious about the September 2021 Duma elections, where opposition forces stand a good chance of winning some seats. As result, the crackdown on the opposition has intensified. The Kremlin appears to be focusing its attacks on grassroots associations (as exemplified by the crackdown on the Municipal Russia conference of independent deputies and the attack on Alexei Navalny’s regional network). Any attempts at self-organization in Russian society are now apparently viewed as a direct threat to the Putin regime. The current campaign of persecution is likely to escalate further ahead of the September vote.

Brian Whitmore, Nonresident Senior Fellow, Atlantic Council: The mass arrest of nearly 200 Russian opposition activists, which included politicians, municipal deputies, and journalists, illustrates how deeply nervous Vladimir Putin’s authoritarian regime is at the moment. Putin’s approval rating is at an all-time low, while the Kremlin has lost the support of the younger generations as well as the educated urban professional classes. We are entering what I call the crisis of late Putinism. This is not to suggest that the regime is on the brink of collapse. It does mean that Putin and his cronies are no longer setting the agenda and they are beginning to understand this.

I expect Russia to enter into a protracted period of stagnation similar to the late Brezhnev era, which was also a time when the Soviet Union was increasingly repressive at home and aggressive abroad. The poisoning and subsequent imprisonment of Alexei Navalny, the crackdown on civic organizations, and restrictions on foreign media like Radio Free Europe/Radio Liberty, are all part of a pattern that illustrates how frightened the Kremlin has become.

Dylan Myles-Primakoff, Nonresident Senior Fellow, Atlantic Council: Since 2012, building political power through the pursuit of local elected office has been an important and productive strategic direction for Russia’s political opposition. Even as the Russian government has tightly controlled the outcome of elections for more powerful offices by disqualifying candidates and through large-scale election fraud, municipal elections across the country have often featured real political competition, perhaps most notably the 2017 elections in Moscow, in which opposition candidates won roughly 250 out of 1500 seats.

Some opposition politicians have been able to use the platform of their municipal offices to build real bases of public support among their constituents, who are often unaccustomed to encountering government officials who are sympathetic and responsive to their concerns. In the past, these efforts have provoked relatively little by way of a repressive response from the Russian government, although any attempts by popular local politicians to break through to higher office (for example, by running in elections for the Moscow City Duma or the federal parliament) have been firmly shut down. The move to break up Saturday’s meeting of independent municipal deputies and arrest its participants, however, is a clear signal from the Russian government to the opposition that its local electoral strategy will no longer be tolerated.

Peter Dickinson is the Editor of the Alantic Council’s UkraineAlert Service.

Image: Russian President Vladimir Putin has provided his Belarusian counterpart Alyaksandr Lukashenka with vital support since the outbreak of a pro-democracy protest movement in Belarus in August 2020. (Sputnik/Alexei Druzhinin/Kremlin via REUTERS)