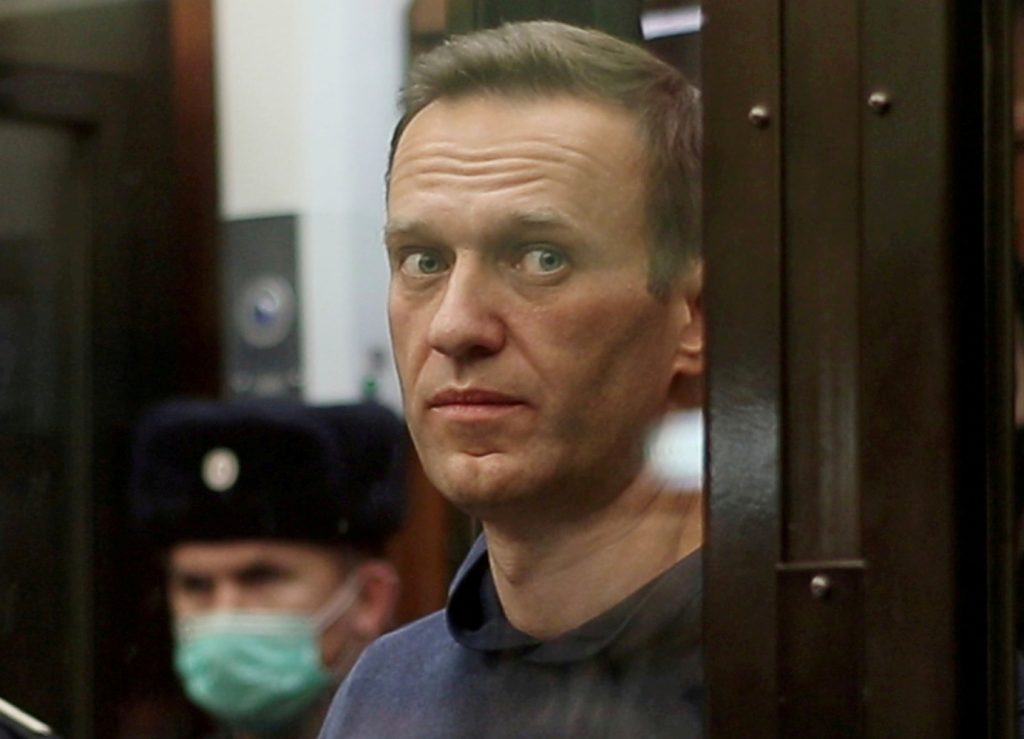 The failed poisoning and subsequent imprisonment of Alexei Navalny has catapulted the Russian anti-corruption activist to the top of the international agenda in recent months. This has served to fuel renewed interest in his biography, and not everybody has been impressed by what they have uncovered.

Inevitably, attention has focused on Navalny’s unpalatable past associations with Russian nationalism. His outspoken comments on topics such as immigration and his use of ethnic slurs have led many to question Navalny’s suitability as a potential alternative to the authoritarian rule of Vladimir Putin.

Such skepticism has, perhaps, been strongest in Ukraine. Navalny’s unclear position on the future of Russian-occupied Crimea and often ambiguous statements regarding Ukrainian sovereignty have generated considerable pessimism among Ukrainian audiences over his possible future role in Russian politics.

The recent focus on Navalny’s nationalist and imperialist statements has caused many Ukrainians to recall the old political proverb that states, “Russian liberalism ends at the border with Ukraine.” Historically, many Russian politicians and intellectuals have championed democracy and personal freedoms for the Russian people while at the same time displaying significantly less permissive attitudes towards the rights and liberties of nations located in Russia’s traditional imperial heartlands. First and foremost, this means Ukraine.

Ukrainian suspicions are not restricted to Navalny alone. One can encounter similar Ukrainian attitudes towards much if not all of the Russian opposition. These concerns are historically justified and entirely understandable. Nevertheless, legitimate Ukrainian doubts over Navalny should not be allowed to obscure the potentially advantageous consequences for Ukraine of his increasing presence in Russian politics.

When addressing their attitudes towards Alexei Navalny, Ukrainians would be well advised to consider the contemporary Russian context of his statements along with his potential to evolve politically. They should also take into account the nature of Navalny’s growing impact on Russian society and the country’s political system.

While many of Navalny’s most infamous nationalist statements are inexcusable, others need to be judged in their proper domestic context. His refusal, for instance, to publicly support the immediate return of Crimea to Ukraine is viewed as completely unacceptable by most Ukrainians. However, this position is hardly exceptional in the contemporary Russian mainstream discourse.

Navalny’s stance on Crimea could be seen as relatively measured in comparison with the widespread imperial sentiment fueled by decades of Kremlin propaganda. Indeed, immediately after Russia’s 2014 annexation of Crimea, Navalny stated in a New York Times op-ed: “Putin has cynically raised nationalist fervor to a fever pitch; imperialist annexation is a strategic choice to bolster his regime’s survival.”

Navalny’s proposal to hold a second referendum in Crimea in order to determine the peninsula’s future is an unsatisfactory prospect for Kyiv, but even this unwelcome suggestion serves to delegitimize Putin’s 2014 land grab. While neither the international community nor Ukraine could realistically recognize the legitimacy of a Crimean referendum carried out following the massive demographic shifts caused by Russia’s occupation, Navalny’s suggestion is in itself tantamount to blasphemy in the eyes of the Putin regime.

It is also important to acknowledge that Navalny is still undergoing a personal evolution from civic activist to national leader. It is impossible to predict where this journey will take him, but his trajectory over the past decade from nationalist populism to anti-corruption crusader suggests that Navalny may eventually mature into a more balanced and moderate politician. His recent personal experience as a medical patient in Germany and extensive prior travel throughout the democratic world have equipped him with the requisite first-hand knowledge to appreciate the advantages of Russia’s future European integration.

Perhaps the most important aspect of the entire Navalny phenomenon is the disruptive effect it is having on Putin’s political system. Navalny’s rise to national and international prominence over the past half-year has created a nascent alternative political center in Russia that is not rooted in the ubiquitous patron-client relationships nurtured by the Putin regime. Instead, Navalny has built up considerable popular support beyond the narrow confines of Russia’s governmental structures and entirely independently from Putin.

By undermining the logic of Putin’s power vertical, the Navalny phenomenon threatens to revive the long-discarded notion of genuine political pluralism in Russia. The importance of such a transformation to the future development of Russian society cannot be overestimated.

A pluralistic political environment would impact every aspect of Russian daily life and change the way the country sees itself. For example, if national TV channels and other mainstream media outlets ceased to serve as mouthpieces for the regime and instead became platforms for meaningful journalism, many of the most important dogmas and developments of the Putin era would be subjected to fresh scrutiny.

It will certainly be sensible to adopt a more cautious attitude towards Navalny if he is eventually released from prison and if he then goes on to acquire political power. Today, however, his rise to prominence is principally a destabilizing factor that poses various challenges to Putin’s authoritarian rule while offering the prospect of a new Russian democratization drive.

A more pluralistic and pro-Western Russia would inevitably moderate its domestic and foreign behavior. This is clearly in Ukraine’s interests. The alternative facing Ukrainians is further aggression by the Putin regime without any realistic prospect of a future normalization in bilateral relations. For this reason alone, it is worth supporting Navalny as a catalyst for potentially positive change in Russia.

Andreas Umland is a Research Fellow at the Swedish Institute of International Affairs in Stockholm, a Senior Expert at the Ukrainian Institute for the Future in Kyiv, and General Editor of the book series “Soviet and Post-Soviet Politics and Society” in Stuttgart.