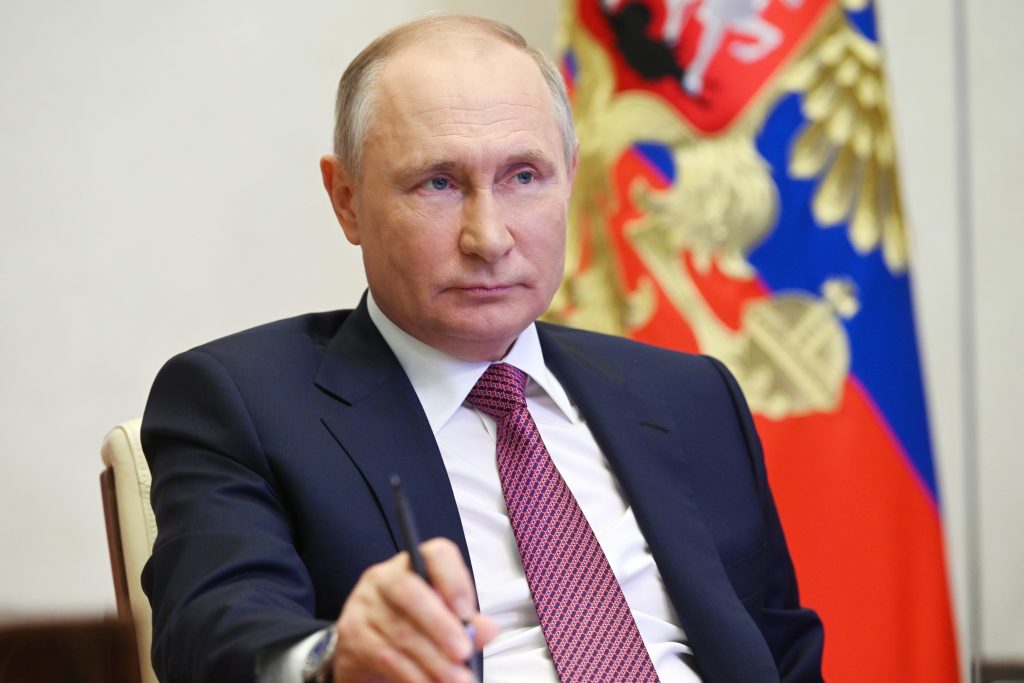 German Chancellor Angela Merkel is set to visit the White House on July 15. When she meets US President Joe Biden, the Nord Stream 2 pipeline is likely be at the very top of the agenda. The US has long opposed this Kremlin-led energy infrastructure project, but in recent months Biden has made clear his readiness to explore possible compromises that could minimize any negative impacts from the pipeline while preventing a rift in US-German relations.

During the coming meeting in Washington, Merkel is expected to present the economic case for Nord Stream 2 while repeating assurances of Germany’s readiness to insist on the continuation of Russian gas transit through Ukraine following the end of the current contract, which is due to expire in 2024.

From a purely commercial point of view, Merkel’s arguments may appear persuasive. But as most honest observers recognize, Nord Stream 2 is no ordinary business project. On the contrary, it is a geopolitical weapon aimed at the heart of Europe that has been conceived since day one as a tool to isolate Ukraine and strengthen Russia’s position in its confrontation with the Western world.

With construction of Nord Stream 2 currently nearing completion, Russia is doing little to allay fears that it intends to blackmail Europe with the new pipeline. On the contrary, Moscow’s actions indicate that it is growing more confident in its ability to leverage energy supplies for geopolitical gain.

In recent months, Kremlin-controlled gas giant Gazprom has refused Ukrainian offers of additional pipeline capacity, despite surging European demand for gas due to a range of factors including maintenance on alternative Russian pipelines. Moscow prefers to wait for Nord Stream 2 to be commissioned and wants to send a clear message that it expects Russia’s European customers to facilitate this process without delay.

Russia’s decision not to send additional gas to European markets via Ukraine has resulted in record high prices and plummeting gas stocks. This is raising concerns across Europe ahead of the coming heating season.

Ukraine’s Gas Transmission System Operator is more than capable of meeting any increases in European demand for Russian gas supplies, but in recent years Moscow has preferred to reduce flows while developing alternative transit routes bypassing Ukraine. Despite this broad downward trend, in both 2019 and 2020, Gazprom did book additional Ukrainian capacity to offset temporary shortfalls due to pipeline maintenance work elsewhere. It is therefore reasonable to conclude that Moscow had no major issue with the practice until the current summer season. Most observers attribute this change in policy to Nord Stream 2 and Russia’s desire to underline that the new pipeline is the only way to secure additional gas supplies.

Moscow’s actions cannot be explained away by referencing the legitimate economic interests of Gazprom. In reality, these recent maneuvers reflect the geopolitical interests of Russia and the personal preferences of Vladimir Putin. The Kremlin has clearly sensed a lack of unity within the Western world over the Nord Stream 2 project and is eager to deepen these divides while pushing home its own strategic advantage.

By refusing to address the current shortfall in supplies, Putin hopes to increase the pressure on Germany and the EU to issue the final approvals required before Nord Stream 2 can enter service. In this thinly veiled manner, he aims to underline the growing strength of Russia’s position as Europe’s main gas supplier.

Gazprom’s recent actions demonstrate once again that Russia is not a reliable partner and has no intention of separating economic from geopolitical interests. Instead, Moscow regards energy supplies as a foreign policy tool to expand Russian influence. This is most immediately apparent within the boundaries of the former Czarist and Soviet empires, where modern Russia continues to regard its independent neighbors as only partially sovereign and subject to informal Kremlin control.

The primary target of Russia’s current pipeline policies is Ukraine. While the negative impact of Nord Stream 2 on the Ukrainian economy has been well documented, Putin’s new pipeline poses a potentially far greater threat to Ukrainian security. By undermining the country’s status as a key transit route to the EU, Moscow will succeed in dramatically reducing Ukraine’s geopolitical importance. This could pave the way for a major escalation in Russia’s ongoing military intervention in Ukraine.

With the battle over Nord Stream 2 now entering its final and decisive stage, it is time for European leaders to consider the implications of this game-changing infrastructure project. Is it really in Europe’s interests to support a pipeline that Russia clearly regards as a geopolitical weapon? How can EU leaders claim to stand with Ukraine while allowing Nord Stream 2 to proceed?

The only sensible answer to these awkward questions is greater European solidarity. Unless Ukraine and EU member states stand together now, there can be little doubt that they will each individually fall victim to further acts of Russian blackmail and aggression once Moscow has consolidated its control over the continent’s energy supplies.

Inna Sovsun is a Ukrainian MP with the Golos party.