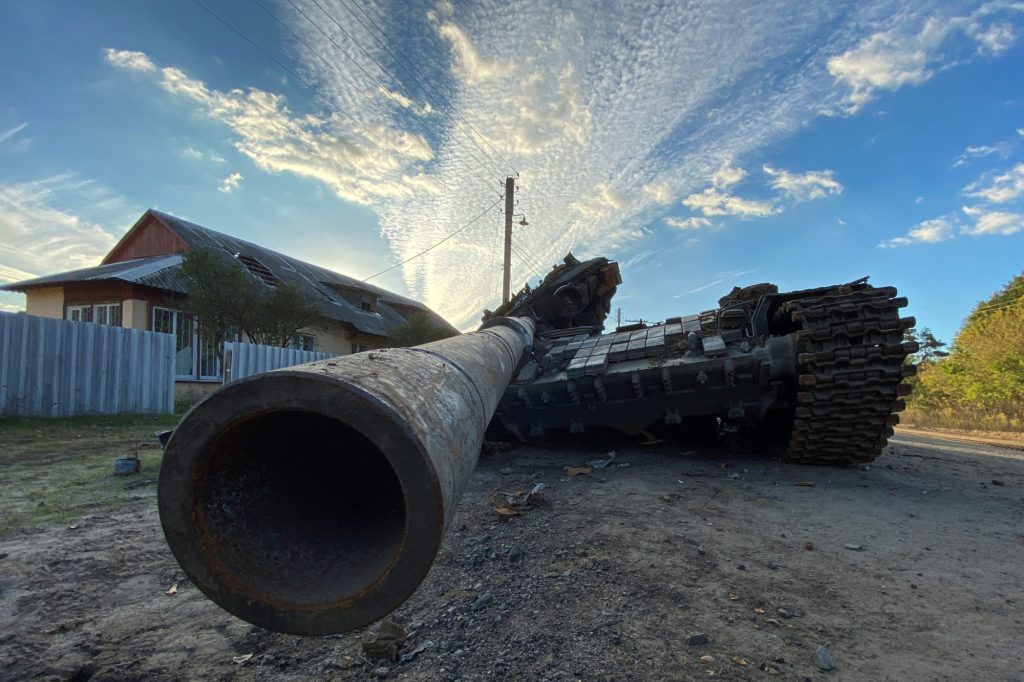 For centuries, Russia has seen itself as one of the world’s great powers. This superpower status was somewhat sullied by the humiliations of the 1991 Soviet collapse, but post-Soviet Russia has worked hard under Vladimir Putin to reclaim its position among the leading nations on the global stage. During the first two decades of his reign, Putin won plaudits for rebuilding Russia’s military and economic might, and was credited with returning the country to the top table of international affairs. However, his disastrous invasion of Ukraine has now done much to reverse this progress by exposing the deep dysfunction and hollow boasts that lie behind the facade of Russia’s superpower pretensions.

Russia’s weakness has not come as a total surprise. Ever since the fall of the USSR, Western commentators have noted the debilitating impact of corruption at every level of the modern Russian state. In recent decades, some have branded the Putin regime a “mafia state,” where the boundaries between the authorities and organized crime are blurred.

Corruption has flourished under Putin amid a climate of stagnation inherited from the late Soviet era. Unlike Ukraine, post-Soviet Russia has never undergone de-communization or acknowledged the need to reject the Soviet legacy. Instead, Putin has rehabilitated the Soviet era and placed the Red Army’s role in the defeat of Nazi Germany at the heart of his vision for a modern Russian national identity. Efforts to honor the memory of Stalin’s victims have been silenced and attempts to acknowledge the crimes of the USSR drowned out by a victory cult that has elevated the Soviet World War II experience to the level of religious cult and re-established Josef Stalin as a national hero. In 2020, Putin condemned Russians to a further sixteen years of stagnation when he staged a referendum on constitutional reforms that made it possible to extend his reign until 2036.

From politics to the economy, the consequences of widespread corruption and stagnation can be seen throughout Russian society. Crucially, this negative impact is also highly visible in the invasion of Ukraine. Whereas Ukrainian troops have repeatedly demonstrated the kind of initiative and leadership that one would expect from a society shaped by two post-Soviet pro-democracy revolutions, the Russian military remains hamstrung by a deeply hierarchical system and rigid chain of command.

On the eve of this year’s invasion, the Russian military was widely touted as the world’s number two army, but such claims have been brutally debunked by subsequent events in Ukraine. Putin’s army has been exposed in almost every department, from poor leadership and outdated tactics to equally out-of-date equipment. Chronic corruption within the Russian Ministry of Defense has hampered military logistics, with soldiers in many instances receiving kit dating from the 1970s or earlier. It has also become painfully obvious that many of the vehicles and weapons listed as part of the vast Russian arsenal exist on paper only. With the war now in its ninth month, chronic supply problems mean that Russia is now increasingly reliant on Iran for drones that it is unable to produce itself.

These shortcomings have highlighted the cosmetic nature of the much-vaunted military reforms carried out by Russia over the past two decades. In reality, the Russian army under Putin remains largely a Soviet relic with a distinctively Soviet political culture that allows Russian commanders to treat soldiers with contempt. This lack of consideration for troops has been particularly evident in the treatment of recently mobilized Russians, many of whom have been sent to the front in Ukraine with minimal training and inadequate equipment.

The human price of Russia’s military failures in Ukraine has been exceptionally high. An estimated 70,000 Russian soldiers have been killed during the first eight months of the invasion, according to the latest Ukrainian Ministry of Defense data. While this figure is disputed, even the most conservative independent analysis indicates tens of thousands of Russian casualties. This makes the invasion of Ukraine far deadlier than the nine-year Soviet campaign in Afghanistan, which resulted in the loss of 15,000 Soviet troops and has been widely cited as a contributing factor in the collapse of the USSR.

The invasion of Ukraine has also revealed other areas where today’s Russia falls well short of superpower status. Unlike China and other rising powers, Russia has never diversified or modernized its economy. Instead, the country’s ruling elites have prioritized the accumulation of staggering personal fortunes. As a result, today’s Russia remains heavily dependent on commodities exports and has no technological equivalent of China’s Huawei or South Korea’s Samsung. With sanctions imposed in response to the invasion of Ukraine restricting access to a range of cutting-edge tech, Russia has struggled to produce sophisticated weapons and has in some instances reportedly resorted to cannibalizing elements of household appliances.

Russia’s excessive economic reliance on the export of energy and arms now looks to have been even more of a strategic blunder as international demand plummets due to the invasion of Ukraine. The EU has weaned itself off Russian gas earlier than expected and will enter 2023 with a high degree of independence from the Kremlin’s energy blackmail. With European customers turning away from Russian energy, Moscow will struggle to find sufficient alternative buyers for gas in the coming year as Russia has not invested in LNG.

Meanwhile, Russia’s defense industry also faces bleak prospects. The often abysmal performance of the Russian military in Ukraine has been a PR disaster for Russian arms exporters, who must now explain why their products are so technologically inferior. Numerous traditional clients have already cancelled weapons contracts. More are expected to follow suit.

Since the full-scale invasion of Ukraine began on February 24, Russia has become something of an international pariah. The entire Western world has condemned Moscow’s actions while even traditional allies such as China and India have offered muted criticism. Only a handful of fellow pariahs such as Syria, North Korea, and Nicaragua have been prepared to stand with Russia and back Moscow at the United Nations. In the former Soviet region, only Belarus has voted with Russia at the UN.

This international isolation has highlighted the fundamental weakness of Russia’s geopolitical position and the absence of any meaningful message behind Moscow’s anti-Western posturing. Putin’s attempts to position Russia as a champion of traditional values have failed to resonate. In reality, abortion, divorce, suicide, and alcoholism rates are all significantly higher in Russia than in most European countries. Russians have a far shorter life expectancy and are poorer on average than their European neighbors. This poverty is reflected in the mass plundering of household goods from Ukrainian homes, with Russian soldiers stealing everything from washing machines to used underwear.

The war has also revealed the limitations of Russian soft power, with Western audiences in particular overwhelmingly rejecting Russian attempts to justify the invasion. Even in regions with strong historic links to Russia such as the the South Caucasus and Central Asia, audiences have treated Kremlin narratives with deep distrust.

Despite massive investment in media operations, the invasion of Ukraine has highlighted the limitations of Kremlin disinformation. In the West, Moscow has largely been preaching to the converted and has failed to move beyond a minority audience driven primarily by anti-Americanism and conspiratorial thinking. The picture is similar in the political sphere. As the recent election of Italian Prime Minister Giorgia Meloni has shown, Russian support for right-wing populists and nationalists has not led to any major breakthroughs in European politics.

The war in Ukraine has ruthlessly revealed Putin’s Russia as a Potemkin Great Power. Like the Potemkin villages erected along the banks of Ukraine’s Dnipro River in the late eighteenth century to impress visiting Russian Empress Katherine the Great, Russia’s much-hyped revival under Putin is in fact a masterly facade designed to disguise a far less impressive reality. This illusion has now been shattered by the harsh realities of Europe’s largest armed conflict since World War II.

Russia is heading toward an historic defeat in Ukraine that will have profound ramifications for the way Russians view their state and themselves. Defeat in Ukraine will undermine the imperial identity that defines Putin’s Russia. It will force the Russian public to belatedly confront decades of nationalistic myth-making by their own rapacious elites. It is still far too early to predict what kind of Russia will emerge from the wreckage of Putin’s Ukraine invasion, but it already looks unlikely that anyone will continue to view the country as one of the world’s superpowers.

Taras Kuzio is a professor of political science at the National University of Kyiv Mohyla Academy and author of the forthcoming book “Fascism and Genocide. Russia’s War Against Ukrainians.”

Image: A destroyed Russian tank in seen in the settlement of Borova, recently retaken by the Ukrainian Armed Forces in Kharkiv region. October 7, 2022. (REUTERS/Vitalii Hnidyi)