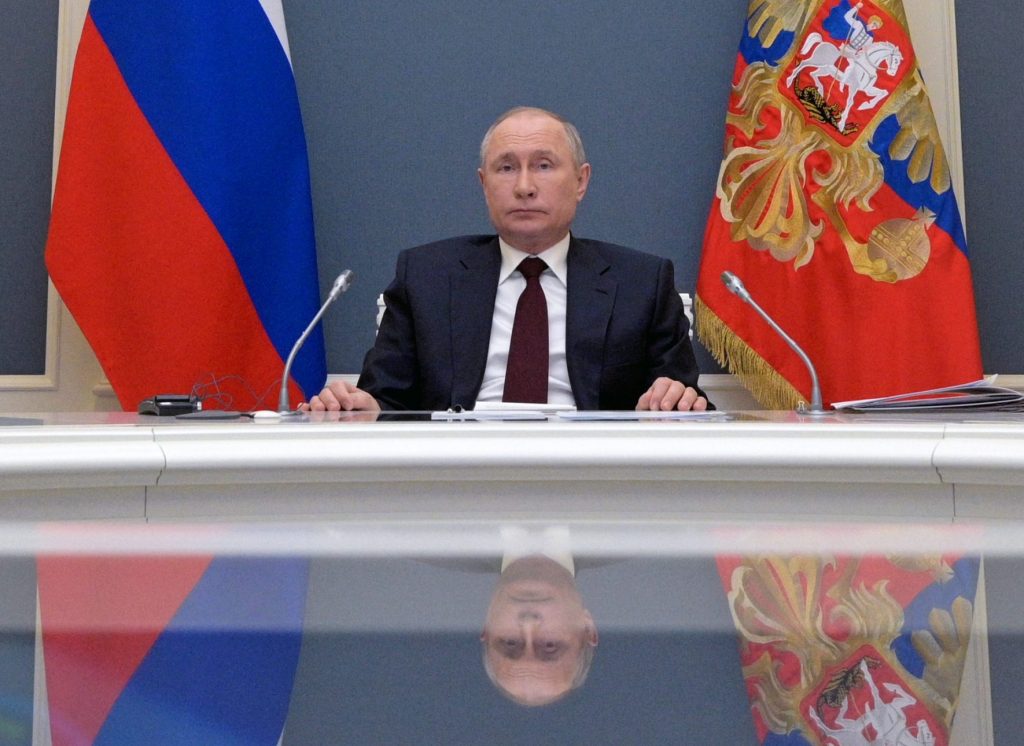 On April 23, Russian President Vladimir Putin instructed Kremlin officials to draw up a list of “unfriendly countries.” Although the identity of these “unfriendly countries” has yet to be officially confirmed, Russian media reports citing leaked information suggest the list will be dominated by Russia’s neighbors.

According to a report published by Izvestia newspaper, the nations set to feature on the list of “unfriendly countries” are the United States, Poland, Czechia, Lithuania, Latvia, Estonia, the United Kingdom, Canada, Ukraine, and Australia. The most striking thing about this group is the fact that five of the ten featured countries share land borders with Russia. Meanwhile, a sixth nation, Czechia, was also until relatively recently part of Moscow’s extended European empire.

Why are so many countries with lengthy historic ties to Russia now regarded as hostile by the Kremlin? With Russian troops currently occupying large swathes of Ukraine, Georgia, and Moldova, it does not take a genius to work out why members of the post-Soviet neighborhood might be eager to distance themselves from Moscow.

However, this dismal trend cannot be explained away by reference to post-Soviet military interventions alone. In reality, the often deep distrust that exists between Russia and the country’s neighbors is in many cases of ancient vintage and reflects the imperial instincts that have traditionally shaped and defined Russia’s national idea.

It would be possible to fill an entire library with quotes lamenting Russia’s apparently insatiable imperial appetite. Such sentiments have been expressed for centuries in a dizzying array of languages including Ukrainian, Georgian, Lithuanian, Chechen, Polish, and Finnish. Perhaps the most succinct commentary of all came from celebrated American diplomat George Kennan, who observed in 1944, “The jealous and intolerant eye of the Kremlin can distinguish, in the end, only vassals and enemies, and the neighbors of Russia, if they do not wish to be one, must reconcile themselves to being the other.”

The latest nation to, in Kennan’s words, reconcile itself to the role of Russian enemy, is Ukraine. More than any other “unfriendly country,” the disastrous deterioration in bilateral ties with Ukraine should give Moscow cause to question the wisdom of its adversarial approach to neighborhood relations.

In this particular instance, Vladimir Putin must personally accept much of the blame. When Putin first came to power at the turn of the millennium, post-Soviet Russia and Ukraine were still so inextricably intertwined that anyone suggesting a future conflict between the two would have been dismissed as a fraud or a madman. Indeed, the boundaries were so comprehensively blurred that Ukraine’s second president, Leonid Kuchma, actually felt compelled to publish a book entitled, “Ukraine is not Russia.”

Putin soon succeeded in changing the entire dynamic of the relationship. His first big blunder was the decision to visit Kyiv on the eve of Ukraine’s 2004 presidential vote and directly interfere in the final stages of the election campaign. This characteristically condescending intervention enraged millions of previously apolitical Ukrainians and played a key role in sparking the Orange Revolution, which erupted weeks later.

Seemingly undeterred by this humiliating foreign policy failure, Putin continued to treat Ukraine as only partially sovereign. He defended Russia’s right to veto Ukraine’s geopolitical choices, while questioning Ukrainian statehood and repeatedly opining that Russians and Ukrainians were “one people.” Eventually, with Ukraine poised to defy him and sign a European Union Association Agreement, Putin invaded.

Seven years later, the undeclared war between Russia and Ukraine rumbles on with no end in sight. An entire generation of young Ukrainians with no memory of the shared Soviet past now knows Russia primarily as an enemy aggressor. Support for Ukraine’s pro-Russian political parties has plummeted to record lows, while a clear majority of Ukrainians backs the previously unpopular idea of NATO membership. It is difficult to escape the conclusion that Putin’s Ukraine strategy has been a self-inflicted defeat of historic proportions.

While the collapse in relations with Ukraine has been particularly traumatic, it is in no way exceptional. From the Baltic to the Caucasus, many of the newly independent nations that emerged from the Soviet wreckage have turned away from the imperialism and authoritarianism of modern Russia in recent decades and sought the sanctuary of closer ties with the Western world. Meanwhile, Moscow has found that it lacks the soft power tools to compete with the West, hence the reliance on force as a tactic of last resort against Moldova, Georgia, and Ukraine.

In an ideal world, the prominence of so many neighboring states on the Kremlin’s list of “unfriendly countries” would spark a lively debate within Russian society over the obvious need to improve relations. This is unlikely to happen. Instead, the Kremlin media will probably continue to accuse the country’s neighbors of irrational “Russophobia,” while promoting convoluted conspiracy theories of vast Western plots aimed at undermining Russia’s greatness.

We have seen this movie before. For much of the past two decades, Moscow has moaned about NATO enlargement into Central Europe and the Baltic region, brandishing it as evidence of Western plans to encircle and dominate Russia. This ignores the fact that the countries in question pursued NATO membership themselves, and were motivated almost exclusively by the perceived threat of future Russian aggression. Moscow may not like to admit it, but no single country has been a more effective NATO recruiting sergeant than Russia itself.

There is little reason to expect a change in Russia’s rocky relationship with the country’s neighbors any time soon. Instead, the nations along Europe’s eastern flank will remain on the front lines of the escalating confrontation between Russia and the Western world. They are deserving of considerably more international solidarity and support than they currently receive.

Many European countries which, by accident of geography, have less direct experience of the Kremlin, often struggle to appreciate the gravity of the concerns shared by Russia’s immediate neighbors. Speaking on April 24, German Foreign Minister Heiko Maas dismissed calls for a tougher stance towards the Kremlin as “confrontational clamor,” and declared that Germany wants “a good neighborly relationship with Russia.” Diplomatic statements of this nature may sound reasonable from the relative safety of Berlin, but they ignore the reality of the situation to the east, where Russia has yet to demonstrate any interest in good neighborly relations. Until that changes, Europe’s eastern frontier will remain a focal point of international tensions.