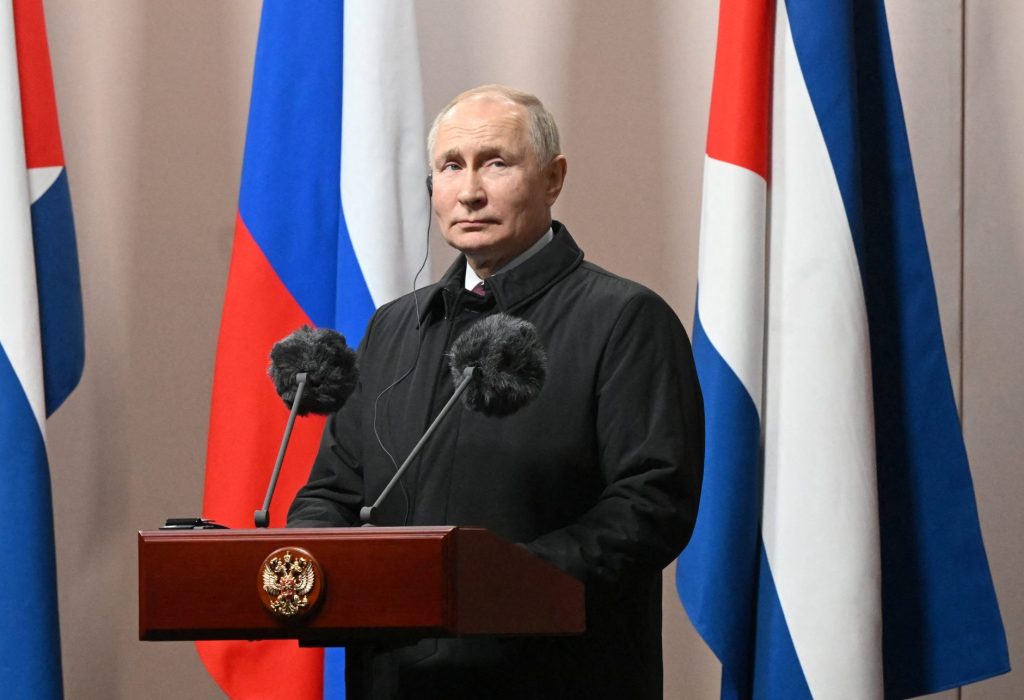 With Russia now clearly losing the war in Ukraine, Vladimir Putin is seeking a return to the negotiating table. For more than a month, Kremlin officials and regime proxies have been calling for talks and are positioning Ukrainian reluctance as an obstacle to progress toward peace.

At first glance, these appeals may appear attractive. After all, the war unleashed by the Kremlin in February has caused untold human suffering in Ukraine itself and has sparked a mounting global economic crisis. At the same time, Western policymakers must not overestimate Russia’s readiness to end the invasion. In reality, Putin seeks to secure a pause rather than peace.

Despite the battlefield setbacks of recent months, the Russian state remains relatively strong. This leads Putin to believe that he can still ultimately achieve his military objectives if he can overwhelm Ukraine and outlast the West. However, his army badly needs time in order to regroup and rearm. Hundreds of thousands of mobilized Russians are undergoing training. New weapons are being sourced and prepared. A ceasefire will provide the Russia army with the breathing space it requires before renewing its assault on the Ukrainian nation.

So far, Ukraine has rejected the idea of negotiations, with Kyiv officials stating that they do not believe Russia is genuinely interested in peace. Nevertheless, Russia’s apparent eagerness for talks has generated considerable international attention and led to a lively debate over the desirability of a diplomatic breakthrough. Many of those currently advocating a return to the negotiating table appear to be guided by a number of false and dangerous assumptions about modern Russia.

The most obviously flawed assumption is that a ceasefire would bring peace and stability. Moscow has a long record of disregarding any agreements as soon as it is convenient to do so and has no credibility whatsoever as a partner in negotiations. Indeed, prominent pundits on Russian TV openly admit that the current push for talks is a ploy to regroup and continue the war in more favorable conditions.

Another common misconception is the idea that pragmatism will prevail. Such thinking ignores the imperialistic values shared by many of the Russian elite. While the country’s oligarch class has ostensibly experienced considerable losses as a result of the war, Russia’s billionaires nevertheless owe their wealth to Putin’s continued patronage. They remain in control of their core assets which may yet regain their previous value. Furthermore, if Russia succeeds in subduing Ukraine, there will be vast opportunities for further enrichment. It is a grave mistake to assume Russian policymakers and economic leaders are guided by the same values as their Western counterparts.

Like its Czarist and Soviet predecessors, Putin’s Russia remains a deeply authoritarian state that rests on a solid foundation of bureaucrats, law enforcement, and military personnel numbering many millions. As long as this core remains intact, Putin has little to fear. There will be no internal revolts, even as he sends wave after wave of poorly trained recruits to die in Ukraine. Those who oppose the war or refuse to participate tend to view protest as futile and prefer to flee the country.

The war has made most Russians significantly poorer but has also failed to spark any meaningful social unrest. Instead, rising poverty is likely to enhance regime stability and drive more young Russians into the military. A disproportionately high number of the troops currently fighting in Ukraine are from Russia’s poorest regions. Those who do not join the army will likely be too preoccupied with daily struggles to have time for politics. Meanwhile, the lucky ones who continue to receive a generous state salary will remain loyal to the regime.

It is also important to acknowledge the depth of Russian public enthusiasm for the war in Ukraine. The overwhelming majority of Russians saw nothing wrong with the 2014 invasion and occupation of Crimea. Likewise, poll after poll indicates clear majority support for the current invasion. Despite widespread knowledge of the war crimes being committed in Ukraine, there is no anti-war movement to speak of in today’s Russia. The wives and mothers of Russian soldiers readily post videos on social media complaining about the lack of training offered to their mobilized menfolk, but none protest about the war itself.

Such attitudes reflect the effectiveness of the propaganda machine created by the Putin regime. For the past two decades, the Kremlin has slowly but steadily reasserted central control over the entire Russian information space. This control has been used to fuel anti-Western paranoia and rehabilitate the authoritarian past. Ukrainians have been demonized and dehumanized to such an extent that many ordinary Russians no longer question the necessity of destroying the Ukrainian state and extinguishing Ukrainian national identity.

Despite a series of embarrassing defeats and retreats, Russia’s invasion of Ukraine is far from over. The Putin regime remains fundamentally secure at home and the Russian army continues to occupy almost 20% of Ukraine. Moscow can theoretically mobilize many millions of Russians to bolster the invasion and can also count on arms deliveries from the likes of Iran, Belarus, and North Korea. On the home front, the Kremlin is actively placing the entire Russian economy on a wartime footing as part of efforts to boost military production and prepare for what promises to be a long war.

There is little reason to believe that the Kremlin’s current peace overtures are sincere. Western politicians and commentators must be careful not to assume Russia is in such poor condition that it is ready to make the kind of deep concessions necessary for a just and durable peace. Ukrainians are adamant that a lasting settlement will be possible only following Russia’s decisive defeat. Anything short of this will be a premature peace leading to more war.

Dennis Soltys is a retired Canadian professor of comparative politics living in Almaty.