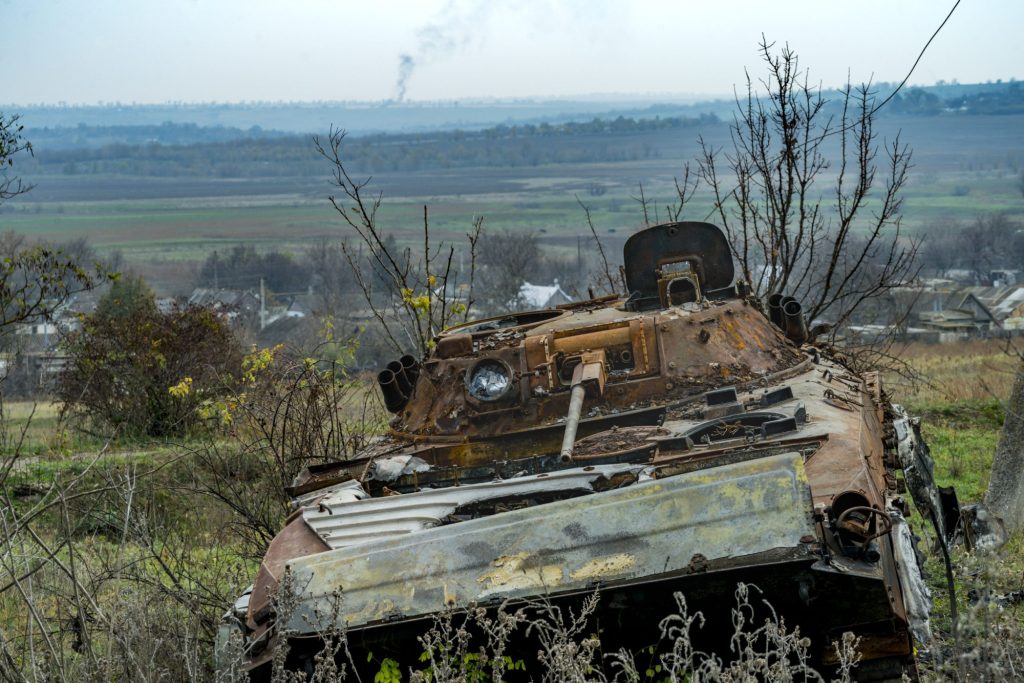 Russia’s November 9 announcement of a general withdrawal from Kherson is further confirmation that Vladimir Putin is losing the war. The Battle of Kherson itself is still far from over, of course. Ahead are days and possibly weeks of further fighting as tens of thousands of Russian troops attempt to withdraw in good order from strongly entrenched defensive positions. It is entirely possible that this could turn into a rout as isolated pockets of Russian soldiers attempt to save themselves.

Ukrainian officials reacted to news of Russia’s decision to withdraw with an abundance of caution, reflecting concerns in Kyiv that the Kremlin may be seeking to lure Ukrainian troops into a well-prepared trap. Nevertheless, it is already apparent that the Battle of Kherson will end in a landmark Ukrainian victory that will have major ramifications for the further conduct of the war.

This latest Russian retreat is no surprise. On the contrary, observers have noted growing signs over the past month of preparations to withdraw. Russian army command posts have been relocated across the Dnipro River along with troops, military equipment, elements of the occupation administration, and even artifacts from local museums. Meanwhile, the recently appointed commander of Russian forces in Ukraine, General Sergei Surovikin, prepared the Russian public for the shock of retreat by warning in mid October of “difficult decisions” in the coming weeks.

From a military perspective, the retreat certainly makes sense. The Russian position on the western bank of the Dnipro River had become increasingly vulnerable in recent months, with Ukrainian forces gradually capturing villages and defensive positions along an extended front line while also targeting vital Russian logistics by repeatedly hitting bridges over the Dnipro to prevent resupply.

For General Surovikin, withdrawing at this point is also convenient as it allows him to place the blame for the retreat on his predecessors. Professional success in the Russian military depends heavily on the ability to avoid being blamed for failures. By issuing painful orders to retreat soon after taking command of the Russian invasion, Surovikin has been able to deflect responsibility. If he had waited until New Year 2023, this would no longer have been possible.

While it was widely anticipated, the Russian withdrawal from Kherson is undeniably a huge setback. Crucially, it is the first time the Russian leadership has publicly acknowledged a military defeat since the invasion of Ukraine began almost nine months ago. When Russia lost the Battle of Kyiv in the early months of the war, Kremlin officials implausibly framed this initial Russian retreat as a “goodwill gesture.” Likewise, when Putin’s invading army suffered a further crushing defeat in the Kharkiv region in early September, Russian commanders claimed they were merely “regrouping.”

Moscow now appears to have run out of excuses. Instead, the retreat from Kherson has been recognized as a military necessity brought about by the success of Ukraine’s counter-offensive. In other words, Russia has admitted a battlefield defeat and conceded that it cannot maintain the occupation of Kherson.

For Vladimir Putin, the political consequences of this defeat cannot be overstated. Kherson was the only Ukrainian regional capital captured by Russia since the start of the invasion in February. Just over five weeks ago, Putin himself oversaw the illegal annexation of the Kherson region and declared that it had joined Russia “forever.” News of the withdrawal is a personal humiliation for the Russian dictator that will raise serious questions about his credibility as a wartime leader.

Putin will now demand gains in other areas to compensate for the loss of Kherson. Depending on the success of the retreat, Russia will likely redeploy many of the units withdrawn from the Kherson front to eastern Ukraine in order to bolster faltering efforts to complete the occupation of Donetsk and Luhansk regions. The only way Surovikin could realistically sell the idea of the Kherson retreat to Putin was by offering the promise of assured success in the east. Ukraine must therefore brace for a major escalation in the Donbas region in the coming weeks. Russia can also be expected to retaliate by expanding its ongoing campaign of airstrikes against Ukrainian civilian infrastructure.

These measures will be insufficient to counter the psychological blow of defeat in Kherson. Losing control over this strategically and symbolically vital Ukrainian city is deeply demoralizing for Russian troops in Ukraine and domestic audiences at home in Russia. Moscow claimed that Kherson was now part of Russia, and yet it has been abandoned. This places all of Russia’s territorial gains in Ukraine since 2014, including Crimea, in question.

For Ukraine, the success of the counter-offensive to liberate Kherson will provide a massive boost to national morale while also consolidating international support for the country. It will confirm to even the fiercest of critics that Ukraine is militarily capable of beating Russia. The war is still far from over, but victory in Kherson may come to be seen as one of the key turning points in the defeat of Putin’s invasion.

Image: A destroyed Russian tank on the outskirts of Ivanivka in Kherson province. (Photo by Celestino Arce/NurPhoto)