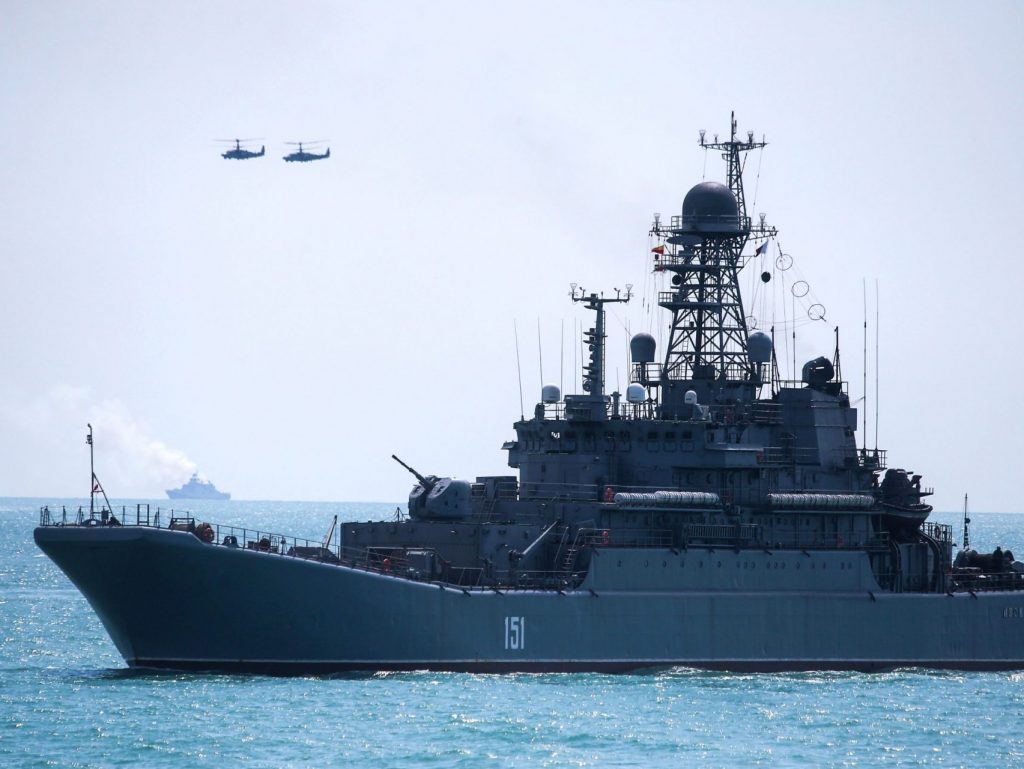 For much of April 2021, international attention was focused on an unprecedented buildup of Russian forces on the Ukrainian border. Was Vladimir Putin about to launch a major escalation in his seven-year war against Ukraine?

Following weeks of rising tensions and speculation over the likelihood of a new Russian offensive, Putin appeared to pull back. In late April, Kremlin officials announced plans to begin a troop withdrawal. This provoked a collective sigh of relief, despite the fact that the bulk of Russian military hardware concentrated close to Ukraine’s borders remained in place.

By that point, the exercise had already served its purpose. Putin’s saber-rattling had succeeded in grabbing the world’s attention and reminding international audiences that Russia must be taken seriously. Crucially, he had also secured a sought-after summit meeting with new US President Joe Biden, creating exactly the kind of superpower optics the Russian ruler craves.

With attention focused firmly on the more than 2000 km land border separating Russia and Ukraine, relatively few observers appeared to notice the buildup of Russian naval forces in the Black Sea region that also took place during spring 2021. Indeed, Moscow’s decision to effectively close the Azov Sea to non-Russian military and state-owned vessels provoked little comment, despite the grave implications for Ukrainian shipping passing to and from the country’s formerly bustling Azov Sea ports. Without any fuss or fanfare, the Azov Sea had become a Russian lake.

The success of Russia’s Azov Sea gambit now sets the stage for a potentially game-changing maritime escalation further along Ukraine’s southern coastline. Given the lack of international reaction to the slow-motion annexation of the Azov Sea, many in Kyiv now fear that Moscow will soon seek to expand this maritime blockade and cut Ukraine off completely from the Black Sea.

Ukraine’s access to the Black Sea has already been severely restricted by the ongoing occupation of Crimea and Russia’s systematic disruption of Ukraine-bound shipping in the Azov Sea since 2018.

In this new reality, the commercial ports of Odesa, Mykolaiv, and Kherson regions to the west of Crimea serve as Ukraine’s economic lifeline to global markets. These ports play a vital role as gateways for the bulk of Ukraine’s agricultural and industrial exports, handling almost two-thirds of the country’s trade with the outside world.

Given the strategic importance of Ukraine’s remaining Black Sea ports, there is a real danger that Russia may decide to block maritime traffic in order to bring the Ukrainian economy to its knees. This is thought to be militarily feasible. Indeed, Russia already has sufficient warships in the Black Sea to attempt such an operation.

A Russian escalation of this nature would inevitably provoke significant international condemnation. However, based on the experience of similar maritime confrontations between Russia and Ukraine in recent years, there would be little prospect of a direct Western military response to break the blockade. Meanwhile, the entire Ukrainian economy would rapidly grind to a halt, with catastrophic consequences for the population.

Ukraine is already facing growing Russian encirclement. In addition to the long land border between the two countries and the illegal Russian presence to the south in Crimea and the Azov Sea, Ukraine also faces a mounting threat to the north, where Belarus dictator Alyaksandr Lukashenka’s increasing dependence on Kremlin support is enabling Moscow to expand its military footprint in the country. Meanwhile, on Ukraine’s southwestern flank, the Russian enclave of Transnistria runs like a slender dagger along the border with Moldova. In total, only around one-quarter of Ukraine’s borders are free from direct or indirect Russian control.

Ukraine is currently in no shape to resist Russia at sea. While the Ukrainian Army has undergone a dramatic transformation since 2014 to become a battle-hardened and relatively formidable force, Ukraine lost most of its already modest naval assets during the seizure of Crimea. As a result, the Ukrainian Navy is hopelessly outgunned and outnumbered by the Russian Black Sea Fleet and FSB Border Service. Work is underway to create what will, in effect, be a new Ukrainian Navy, but progress is proving painfully slow despite assistance from the US and UK.

There are plenty of potential reasons for Russia to flex its muscles in the Black Sea.

Moscow is desperate to resolve the water crisis in Crimea caused by the closure of the North Crimean Canal, which brought water from mainland Ukraine to the peninsula until it was shut off by Kyiv in spring 2014. The Kremlin has also been angered by Ukraine’s plans to launch the Crimean Platform initiative in August 2021 as a means of returning the Russian occupation of Crimea to the international agenda.

There is believed to be considerable anger in Moscow over Ukrainian President Volodymyr Zelenskyy’s refusal to accommodate the Kremlin’s preferred “civil war” narrative and enter into direct talks with Russia’s proxies in eastern Ukraine. The young Ukrainian president sparked further fury in early 2021 by shutting down a number of pro-Kremlin TV channels linked to Putin’s closest Ukrainian ally, Viktor Medvedchuk.

With no sign of the desired capitulation in Kyiv and little prospect of the Biden White House agreeing to a “grand bargain” recognizing Russia’s right to an exclusive sphere of influence including Ukraine, the idea of a military solution is likely to become more and more appealing to Putin in the months ahead.

One possible flash point could be the forthcoming Sea Breeze 2021 exercises in the Black Sea and southern Ukraine involving the Ukrainian military along with more than two dozen partner nations. Russia is likely to scale up its own military actions in the Black Sea region during these exercises.

Given Ukraine’s vulnerability to a Black Sea blockade, and in light of Russia’s proven readiness to use force, it is vital that the international community now adopts a firm stance to deter a possible escalation in the undeclared war between the two countries. Previous efforts to appease the Kremlin have had the opposite effect, merely serving to encourage further aggressive actions.

The international response to this threat must be based on an understanding of modern Russia as a revisionist power that seeks to reassert its authority throughout the former USSR and dominate the wider region.

For far too long, Western leaders have treated each new outrage committed by the Kremlin as an isolated incident requiring dialog and compromise. In reality, the long pattern of escalating Russian aggression in the post-Soviet space is part of a grand strategy to subjugate Russia’s neighbors and regain the country’s superpower status. Ukraine holds the key to this entire strategy. Putin knows that unless he can return Ukraine to the Russian orbit, his historic mission will end in failure.

Ukraine’s access to the Black Sea is currently the weakest link in the country’s defenses and presents an inviting opportunity for Putin.

Any Russian attempt to repeat the blockade tactics employed so successfully in the Azov Sea would plunge Ukraine into crisis and undermine the entire basis of maritime law. In the interests of European security, the international community should take measures to prevent this alarming scenario from developing.

Andriy Zagorodnyuk is Chairman of the Centre for Defence Strategies. He previously served as Ukraine’s Minister of Defense (2019–2020) and head of the country’s MOD Reforms Project Office (2015–2018). Alexander Khara is a diplomat and expert in foreign affairs and security policy. He served as Deputy Director General for Foreign Affairs at the National Security and Defense Council (2008-2011) and advisor to the Minister of Defense of Ukraine in 2020.

Image: A Russian warship pictured in April 2021 during Black Sea exercises off the coast of Russian-occupied Crimea. (Sergei Malgavko/TASS via REUTERS)