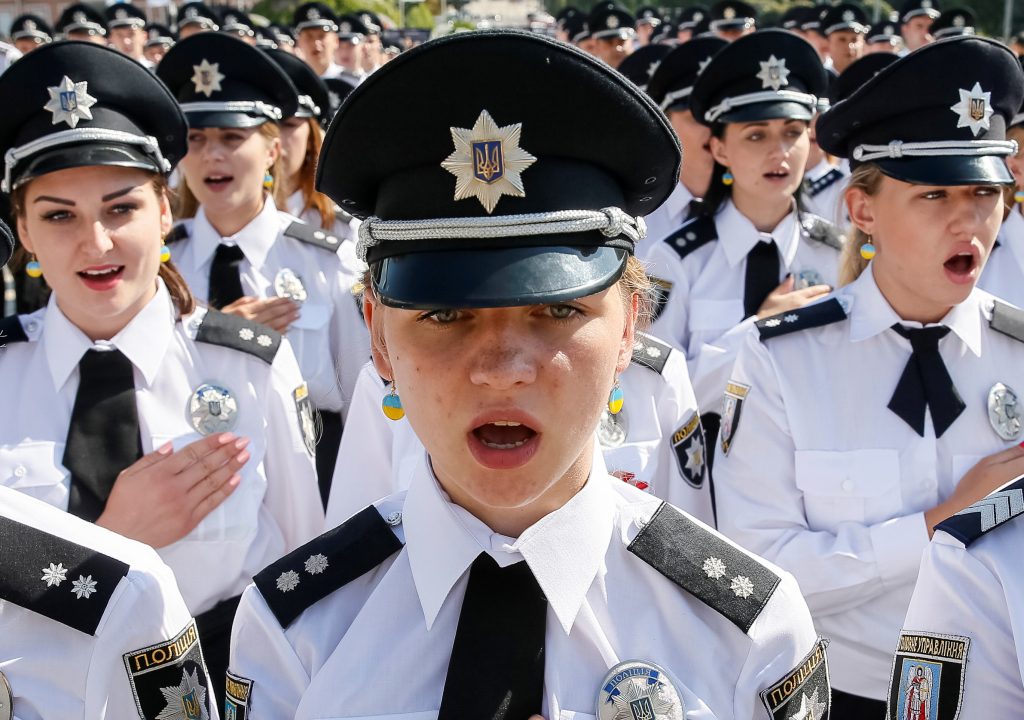 In spring 2014, Ukraine embarked on an historic period of national transformation. Seven years later, the results are decidedly mixed. While there has been undeniable progress, numerous core problems remain unresolved.

Since 2014, there has been frequent analysis of Ukraine’s reform shortcomings. In a widely read recent article, former Canadian Ambassador to Ukraine Roman Waschuk sought to identify mistakes made by the international donor community while supporting Ukraine’s historic transition. As an activist who has been involved in Ukrainian reform advocacy since 2015, I would also like to share my perspectives on this evolving debate.

One of Ambassador Waschuk’s most striking points was his rejection of the oft-repeated claim that today’s Ukraine is waging two equally important wars: one against Russia, and the other against corruption. No sensible observer would question the assessment that Russian aggression represents a more immediate threat to Ukraine than corruption. Nevertheless, it is also true that corruption has long been at the heart of Moscow’s aggressive policies towards Ukraine.

Throughout the 23-year period from the 1991 Soviet collapse until the 2014 outbreak of the Russo-Ukrainian War, Russia was broadly comfortable with the idea of a weak and corrupt Ukraine on its southwestern border. The 2004 Orange Revolution caused a degree of alarm in the Kremlin, but Russia was subsequently able to reassert its dominance over Ukraine’s corrupt political and business elites.

Everything changed with the 2013-14 Revolution of Dignity. The overthrow of Ukraine’s pro-Kremlin president, Viktor Yanukovych, caused panic in Russia. Yanukovych had been both ideologically loyal to Moscow and hopelessly corrupt, which made him the perfect ally for the Putin regime. When a pro-democracy, anti-corruption revolution succeeded, Moscow feared Ukraine would finally join the countries of Central Europe in embracing democracy and the rule of law. EU and NATO integration looked likely to follow. These concerns led directly to the outbreak of the Russo-Ukrainian War in 2014.

The hybrid nature of the ongoing conflict between Russia and Ukraine means the outcome cannot be decided by military means alone. Instead, Ukraine must seek to defend itself militarily while also engaging in an internal democratic transformation that will finally allow the country to complete its departure from the Russian sphere of influence. This makes corruption a potent weapon of war.

Corruption in Ukraine is indeed a systemic problem requiring systemic solutions. A comprehensive approach to tackling corruption must consist of preventative measures supported by effective enforcement and tough legal consequences for violations. None of these tools will be effective in isolation.

Waschuk warns against the dangers of regarding deposed elites as permanently vanquished. Indeed, the reversal of reforms has been a common theme in modern Ukrainian history and an especially prominent feature in recent months.

With this in mind, the biggest single step towards making Ukraine’s transformation irreversible is comprehensive rule of law reform. In my opinion, failure to prioritize this issue was one of the major missteps made by Ukraine’s reformist community and the country’s international partners back in 2014.

Immediately after the Revolution of Dignity, there was considerable uncertainty among the Ukrainian judiciary. Indeed, around 2000 of the country’s 7000 judges actually resigned amid fears that they would become targets of anticipated anti-corruption efforts.

What followed was a good example of a reform process that looks good on paper but is actually counter-productive in practice. Granting independence to judicial bodies and allowing judges to elect other judges cannot bring about meaningful reform in a transitional democracy where members of the judiciary often belong to informal clans vying for power. This flawed approach to reform ended up enabling a cover-up within the judiciary, with only a handful of tainted judges actually facing dismissal.

It is impossible to overstate the significance of getting judicial reform right. The failure to deliver proper rule of law reforms poses a direct threat to the sustainability of Ukraine’s entire reform agenda.

Waschuk was also critical of the maximalist culture that led many Ukrainian reformers and activists to regard reforms as ineffective unless they were “105%” implemented. However, I believe this demanding approach is actually justified by the contemporary Ukrainian context. It reflects valid concerns within the reform community over the dangers of being conned by half-measures and illusions. Ukrainians are sadly familiar with cleverly faked reforms that quickly fade away in practice.

Ukraine’s frustrating experience with police reform offers a good example of how positive initial impressions can give way to subsequent implementation problems. International donors provided key support for the first stage of this reform, which saw the launch of the patrol police. However, this did not lead to the wider reform of the criminal police service as anticipated. Instead, the transformation of Ukrainian law enforcement stalled and the widely trumpeted patrol police service gradually became little more than window dressing.

Ukraine’s reform experience since 2014 has featured a combination of historic progress and major mistakes. Looking ahead, one thing is clear: Ukraine has no realistic alternative than to continue the fight against Russia and keep pursuing the internal democratic transformation begun seven years ago.

The further support and continued involvement of Ukraine’s international partners remains critically important. Above all, the democratic world must seek to combine efforts with Ukrainian civil society in order to keep the issue of judicial reform at the top of Ukraine’s political agenda. This remains the key to the success or failure of all other reforms.

In addition to these judicial reform efforts, the international community could also support Ukraine’s transition by granting the country a NATO Membership Action Plan. This would serve as both a strong symbol of support in Ukraine’s fight against Russian aggression, and as a powerful tool to help maintain the momentum of future reform efforts.

Despite many disappointments over the past seven years, it is vital that everyone engaged in Ukraine’s reform efforts continues to think big. The extraordinary challenges facing Ukraine require ambitious goals and bold solutions. Honest criticism of any shortcomings is essential to this process, but we must avoid blaming the messengers for bringing bad news. Instead, responsibility must rest with those who seek to reverse reforms and steal Ukraine’s future.

Olena Halushka is a board member at Ukraine’s Anti-Corruption Action Centre.