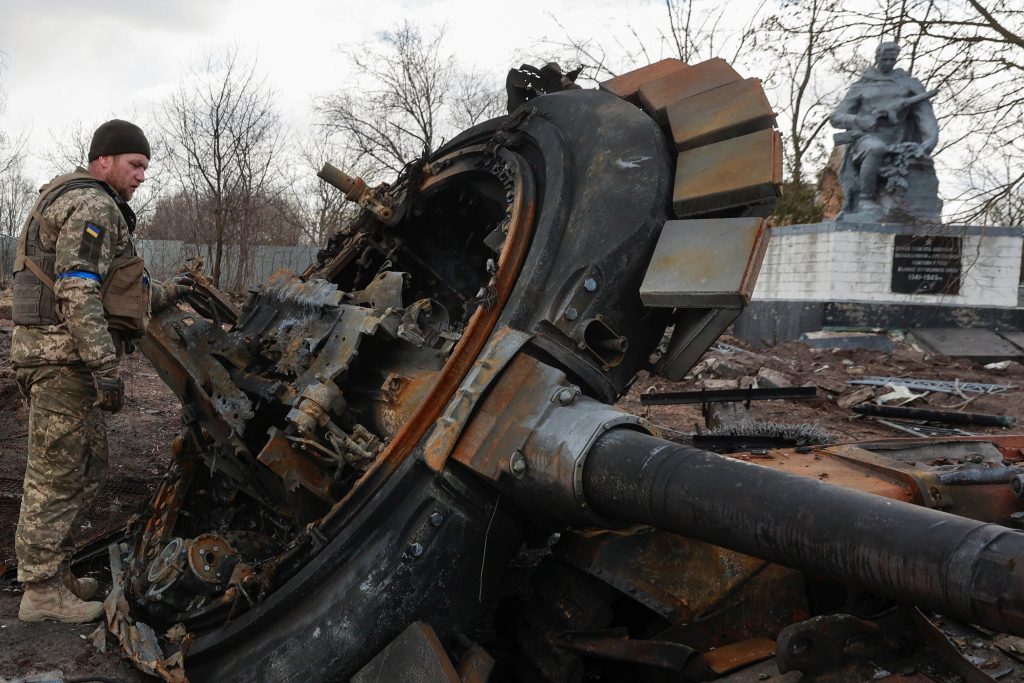 Kremlin officials have announced plans to withdraw troops from the Kyiv region in what is widely being seen as tacit recognition of Russia’s failure to seize the Ukrainian capital. The Russian retreat from Kyiv is the strongest signal to date that Vladimir Putin’s Ukraine War is not going according to plan.

Speaking on March 29 following the latest round of peace talks in Istanbul, Russia’s Deputy Defense Minister Alexander Fomin confirmed that Moscow intends to “drastically reduce military activity in the direction of Kyiv and Chernihiv.” In an apparent attempt to spare Putin’s blushes, Fomin said the move was aimed at “increasing mutual trust, creating the right conditions for future negotiations, and reaching the final goal of signing a peace deal with Ukraine.”

His comments follow on from similarly face-saving statements made days earlier by Colonel General Sergei Rudskoy, the first deputy chief of Russia’s General Staff. Rudskoy declared that Russia would henceforth focus its military efforts on the “liberation” of eastern Ukraine’s Donbas region, while claiming somewhat implausibly that it was never actually Russia’s intention to capture Kyiv and other major Ukrainian cities.

The Kremlin’s attempts to move the goalposts are unlikely to fool many. Lieutenant General Ben Hodges, the former commander of US forces in Europe, was one of numerous defense experts to question the motives behind Moscow’s recent declarations. “Obviously they have completely failed in everything they’ve set out to do and so now they are redefining what the purpose is so they can declare victory,” he commented.

Russia’s revised war aims represent a remarkable lowering of expectations when compared to the maximalist rhetoric and blitzkrieg tactics witnessed just one month ago in the early stages of the conflict. When Russia’s invasion first began, Putin declared his intention to “demilitarize” and “denazify” the whole of Ukraine. In a series of increasingly menacing and unhinged rants, he vowed to incorporate Ukraine into a “single whole” with Russia while calling for the overthrow of the Ukrainian government, which he branded as “the people’s adversary” and “a gang of drug addicts and neo-Nazis.”

Meanwhile, as Russia’s offensive unfolded in the initial hours of the campaign, it soon became apparent that Moscow planned to seize control of Kyiv and install a puppet regime. Russia assigned some of its most elite troops to lead the charge and capture airfields close to the Ukrainian capital, with National Guard units also included in the vanguard of the invasion force to maintain order in the occupied city. Ukrainian forces even reported discovering dress uniforms among the belongings of captured Russian troops, indicating plans to hold a victory parade in downtown Kyiv.

Putin’s invasion force never did reach Kyiv. Instead, Russian hopes of an easy victory were thwarted by the ferocity of Ukraine’s fight back. The Kremlin appears to have gravely underestimated the fighting spirit and military capabilities of the Ukrainian Armed Forces, leading to catastrophic losses in both men and equipment. While the overall death toll among Russian troops remains a subject of heated debate, most informed estimates indicate losses of over 10,000 men in a single month. No major power has experienced casualties on this scale since WWII.

Unsurprisingly, there are indications that morale within Putin’s invasion force has plummeted. During the first month of the war, Ukraine has acquired more than one hundred fully functioning Russian tanks and a vast array of armor, weapons, and ammunition as Putin’s demoralized troops abandon their vehicles and kit. Accounts are also growing of Russian soldiers refusing orders to join the invasion or turning on their own officers.

The war in Ukraine has proven equally disastrous for Moscow’s international standing, provoking a wave of global condemnation and unprecedented sanctions. Russia’s heavy losses have also emboldened opponents and caused many observers to question the validity of the country’s reputation as a military superpower. This new geopolitical reality was already on display last week in the southern Caucasus, with Moscow accusing Azerbaijan of violating a Russian-brokered ceasefire.

Faced with an array of military, economic, and geopolitical setbacks, Putin now seems intent on scaling down the conflict with talk of limited regional objectives and the prospect of a negotiated settlement. However, it remains far too early to speak of a looming peace agreement.

While US officials have confirmed that Russia is indeed withdrawing forces from the area around Kyiv, the Kremlin’s chronic credibility problems mean that many observers remain deeply skeptical of Moscow’s true intentions. Not unreasonably, critics have pointed out that in the months leading up to the current conflict, Russian officials repeatedly rubbished reports of an impending full-scale invasion.

At this stage, the most likely scenario would see Russia pulling troops out of northern Ukraine in order to concentrate its forces in the east of the country with the goal of completing the takeover of the Donbas region (Donetsk and Luhansk oblasts). Putin may also seek to hold onto a land bridge stretching across southern Ukraine and connecting the Donbas with Russian-occupied Crimea.

In the coming weeks, fighting in the south and east of the country is expected to intensify in parallel to ongoing peace talks as both sides seek to improve their respective negotiating positions. Russia is also likely to maintain its bombing campaign against vital infrastructure and civilian targets across Ukraine.

The war in Ukraine is clearly still far from over. Nevertheless, Russia’s retreat from Kyiv is a significant milestone in the conflict that reflects Moscow’s military limitations while also showcasing the remarkable tenacity and prowess of Ukraine’s defenders. It is a remarkable victory for all Ukrainians to savor and a painful personal defeat for Putin. To paraphrase Churchill, this may not be the beginning of the end, but it is perhaps the end of the beginning.