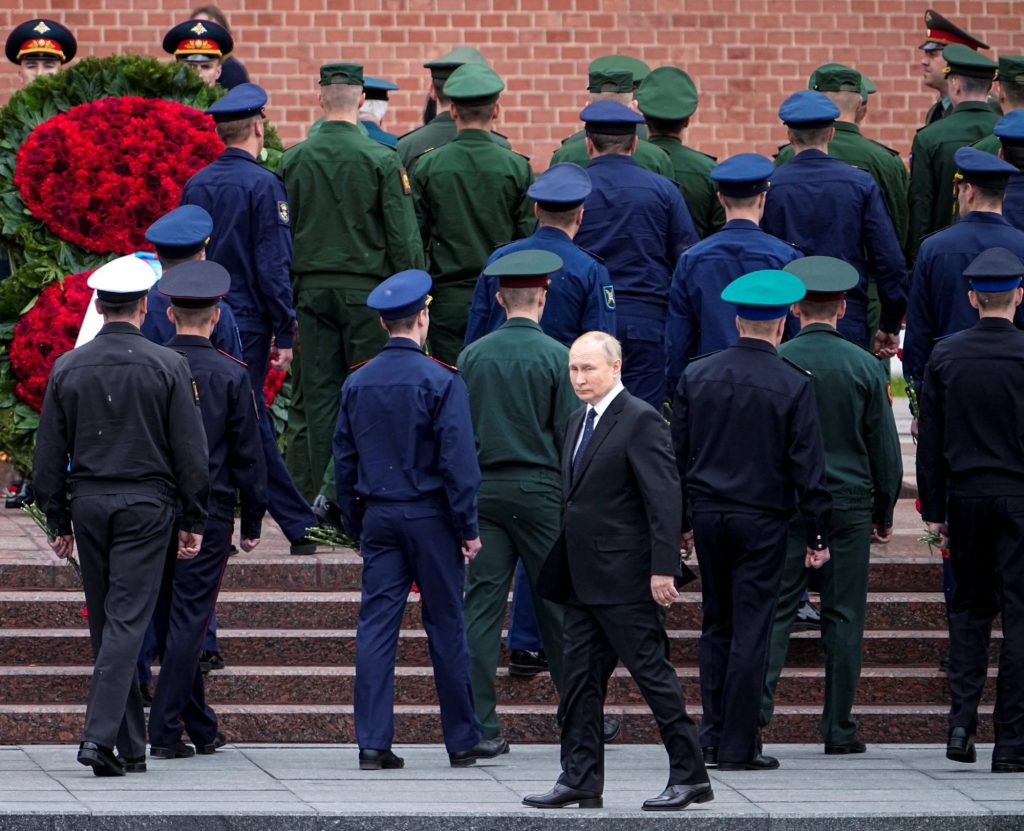 When the USSR collapsed in 1991, the Russian Federation embraced more or less exactly the same imperial identity that the Bolsheviks had inherited from their Czarist predecessors generations earlier. Until this changes, Russia will remain a source of global instability and a threat to European security while failing to achieve its own true potential.

Since the early 1990s, modern Russia has consistently called on the West to acknowledge the former USSR (excluding the three Baltic states) as its exclusive sphere of influence. This reflects strong imperial instincts inside the Kremlin and throughout Russian society. It also highlights the ongoing confusion among the Russian public and the country’s elites over exactly what constitutes “Russia.”

This is hardly surprising given that Russian and Soviet identities had been virtually indistinguishable within the USSR. When the Soviet Union disintegrated, the Russian Federation simply took control of Soviet institutions in Moscow and began the process of post-Soviet state-building. Russia’s reluctance to completely disassociate itself from the USSR was already obvious in December 1991 when Moscow pushed for the creation of the Commonwealth of Independent States (CIS).

Throughout the 1990s, civic attachment to the Russian Federation remained weak. Meanwhile, more overtly imperial forms of identity proved to be far more popular, leading to calls for a return to the Soviet and Czarist eras or for a resurgent Russia to lead a new Eurasian empire. This trend was evident even before the Soviet Empire fell, with celebrated dissident author Alexander Solzhenitsyn calling in 1990 for a new Russian Union of the three Eastern Slavic nations (Russia, Ukraine, and Belarus). This concept would be revived and broadened almost two decades later to serve as the basis for Putin’s “Russian World” ideology.

The continued popularity of supra-national imperial identities in post-Soviet Russia was clear during the 1993 constitutional crisis, which saw an alliance of communists and extreme nationalists attempt to overthrow President Yeltsin. Three years later during the Russian presidential election, Yeltsin embraced the imperial agenda of a union state with Belarus to help counter strong revanchist support for Communist leader Gennady Zyuganov.

By the time KGB veteran Vladimir Putin became president at the turn of the millennium, Russia was already visibly shifting away from its brief flirtation with European integration. Putin openly embraced Russia’s imperial identity and laid claim to Eurasia as the Kremlin’s exclusive sphere of influence. He was reportedly obsessed from the very start of his presidency with the idea of bringing Ukraine firmly back into the Russian orbit.

Putin’s position was perhaps predictable. The Soviet KGB where he spent the formative years of his professional career was a strikingly chauvinistic institution that openly embraced a sense of Russia’s imperial mission. This mentality was passed on to the KGB’s post-Soviet successor agencies, which assumed a dominant role in Russia following Putin’s rise to power.

Among policymakers in Putin’s Russia, other former Soviet nations such as Ukraine were never credited with real agency or genuine sovereignty. Instead, they were routinely regarded as part of modern Russia’s informal empire. Such ideas enjoyed widespread support among the Russian public and were heavily promoted in the carefully curated Russian mainstream media.

In 2012, Putin returned to the presidency with the goal of entering history as the gatherer of Russian lands. In practice, this meant completing the reintegration of Belarus and Ukraine. Putin had always viewed these two East Slavic states are core members of his envisioned Eurasian Economic Union. With Crimea annexed in 2014 and Belarus transformed into a Russian puppet state in 2020, the last and decisive step in this historic process was to be the complete subjugation of Ukraine in 2022.

Unfortunately for Putin, the full-scale invasion of Ukraine has not gone according to plan. Far from completing his historic reunification mission, the rapidly unraveling attack on Ukraine has shattered Russia’s reputation as a Great Power and as a military force to be reckoned with. As a consequence, many now view Russia as a declining power.

Moscow’s ability to project influence throughout its former empire has suffered accordingly. This presents Russia’s neighbors and the Western world with a golden opportunity to encourage the evolution of a post-imperial Russian identity that could serve as the basis for Russia’s reintegration into the wider international community.

In order to achieve this goal, the democratic world must rethink its own policies toward Russia and stop informally acknowledging Moscow’s claims to a sphere of influence. This outdated and unhelpful approach merely serves to legitimize Russia’s imperial ambitions. Instead, the West should treat Russia as an ordinary nation state and hold Moscow to the same standards applied to others.

Western leaders should also encourage the non-Russian states of the former USSR to stop buttressing Russia’s supra-national identity and end their participation in post-Soviet structures whose main purpose is to prolong Russia’s regional dominance. Members of the CSTO (Collective Security Treaty Organization) and Eurasian Economic Union should be encouraged to withdraw. Armenia should be encouraged to return to the EU Association Agreement it abandoned under Russian pressure in 2013.

Another key step toward a post-imperial Russia is elimination of the grey zone between NATO and the EU on one side, and a Russia-dominated Eurasia on the other. While the current war in Ukraine cannot continue forever, a fresh Russian invasion is virtually inevitable unless Ukraine in offered a clear road map toward NATO membership. Ukraine’s current position in the geopolitical grey zone helps keep Russia’s imperial aspirations alive and makes a lasting peace in Europe unattainable.

Ukraine’s integration into NATO and the EU would rule out any further Russian invasions and dramatically reduce the scope for new imperial adventures. This would lead to a decline in support within Russia for aggressive imperial ideologies and discredit the entire notion of Putin’s “Russian World.” Instead, we would likely witness the growth of Russian civic identity.

Three decades after the fall of the USSR, Russia is currently in real danger of losing its Great Power status. The disastrous invasion of Ukraine has exposed internal weaknesses and sparked an unprecedented collapse in Russian influence throughout the former Soviet Empire. It is clearly in the interests of the democratic world to encourage this process of imperial retreat. The transformation of Russian national identity into a post-imperial and civic form would pave the way for a new era of European peace and productivity. The ultimate beneficiaries of this would be the Russian people themselves.

Taras Kuzio is a professor of political science at the National University of Kyiv Mohyla Academy. His forthcoming book is “Genocide and Fascism, Russia’s War Against Ukrainians.”