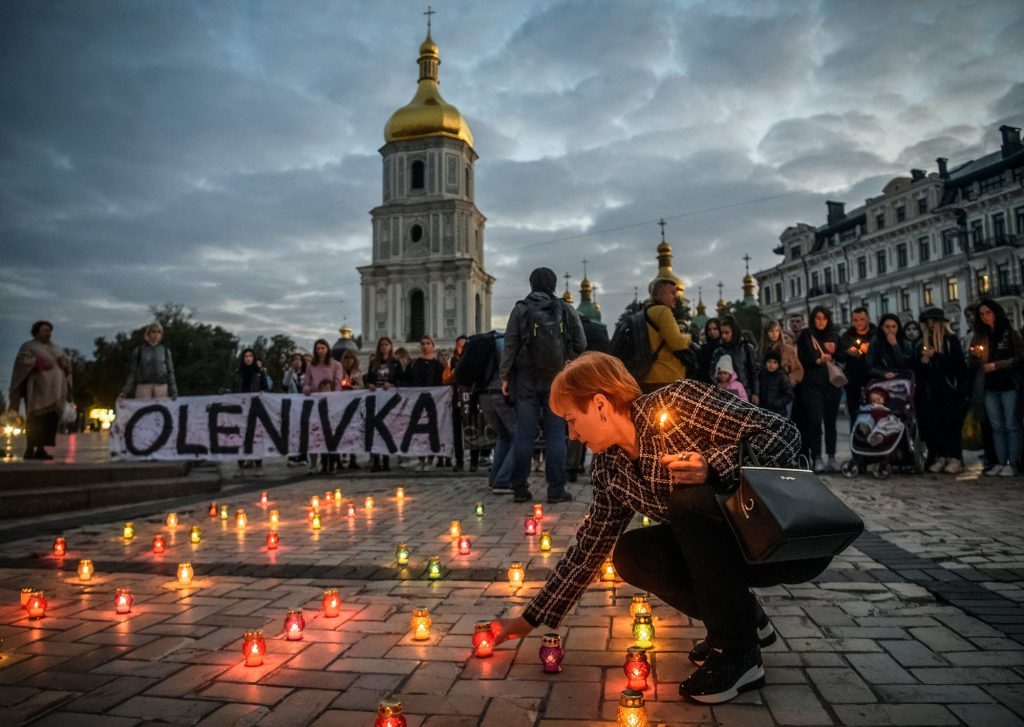 What did we do to stop Russian war crimes in Ukraine? This question inevitably comes to mind for anyone who visits the sites of recent Russian atrocities in places like Bucha and Irpin outside Kyiv.

The desire for justice is a fundamental expression of the human spirit, but the international community currently lacks the tools to hold Russia accountable. This is dangerous. If the world does not put an end to the sense of impunity fueling Russia’s genocidal invasion, we will inevitably witness further Russian crimes against humanity in Ukraine and beyond.

American psychologist Philip Zimbardo has identified in his research that deindividualization and impunity are to a great extent responsible for mass crimes committed by soldiers in wars. This is why the inevitability of punishment has to be our guiding principle if we want to discourage new Russian atrocities in Ukraine and defend the basic human rights that form the foundation of the international security system.

Russia’s invasion of Ukraine is a crime in itself that brutally violates the UN Charter’s prohibition on the use of force against the territorial integrity of nations. Nor did this criminality begin with the full-scale invasion of February 24, 2022. Russian aggression against Ukraine actually dates back to the February 2014 invasion of Crimea and has been gradually escalating ever since. Failure to respond decisively to Russia’s landmark breach of the international order eight years ago directly paved the way for what is now the largest European conflict since WWII.

Russia is already under investigation for war crimes in Ukraine. However, existing legal mechanisms such as the International Criminal Court in The Hague offer an agonizingly slow road to justice and are limited in their ability to hold the Russian Federation and individual Russian leaders fully accountable for their actions.

This is why it is so important to establish a special tribunal to prosecute Russia for the crime of aggression against Ukraine. Aggression is recognized as the “mother of all crimes” in international law as it sets the stage for war crimes, crimes against humanity, and genocide. A special tribunal focusing on the crime of aggression would make it possible to hold significant numbers of Russians individually accountable.

Charging Russian leaders with the crime of aggression would allow a special tribunal to prosecute suspects regardless of rank and effectively bypass the issue of immunity for the highest state and military officials. If we want to see Russia’s political leadership prosecuted for atrocities in Ukraine, we need to find them guilty of the crime of aggression.

The idea of establishing a special tribunal to prosecute Russia for aggression against Ukraine was first voiced by Ukrainian Foreign Minister Dmytro Kuleba in March 2022. Kuleba reiterated his call for a special tribunal on September 7 following Russian dictator Vladimir Putin’s latest incriminating comments on the war. “Putin has just publicly confessed to the crime of aggression against Ukraine: “We did it consciously”. I once again call on all states: back the creation of the Special Tribunal for the Crime of Aggression Against Ukraine. The crime is in plain sight. Justice must be served,” he tweeted.

A special tribunal would potentially be able to address the crime of aggression in a far more timely manner than the existing mechanisms for prosecuting war crimes, crimes against humanity, and genocide. There is already ample evidence to demonstrate that Russia’s political leaders are guilty of the crime of aggression based on the definition for the act of aggression adopted by the United Nations General Assembly in 1974.

The jurisdiction of a future special tribunal should cover all events since the February 2014 invasion and seizure of Crimea, as this marked the beginning of Russian aggression against Ukraine. The tribunal would have a mandate to investigate and prosecute both the political and military leadership of the Russian Federation.

A special tribunal would seek to complement rather than hamper or replace the work of the ICC in Ukraine. The ICC is primarily focused on war crimes, crimes against humanity, and genocide, but experience has demonstrated that it will be difficult and time-consuming in practice to pass guilty verdicts against senior Russians and establish their personal responsibility for specific atrocities committed in Ukraine such as the mass killings in Bucha.

The ICC also faces other potential obstacles in terms of jurisdiction over the crime of aggression in relation to the situation in Ukraine. The existing rules do not allow the ICC to address Putin’s war of aggression as a crime because Russia has not ratified the Rome Statute and the relevant amendments. Meanwhile, any attempts to refer the issue to the United Nations Security Council would inevitably be vetoed by Russia.

It is only natural that some of Ukraine’s partners might be cautious about the idea of a special tribunal. This is particularly true of those Western leaders who remain under the illusion that constructive dialogue with Russia is still possible. Skeptics need to accept that Russia’s decision to launch a genocidal invasion on February 24 placed the country in direct opposition to the existing international order and the entire civilized world. It is not possible to be half-pregnant. The sooner the international community recognizes this grave reality, the better equipped we will all be to deal with it. The best way to do so is via the creation of a special tribunal for the crime of aggression against Ukraine.

Olena Khomenko is a member of the Ukrainian parliament with the Servant of the People party.

There can be no compromise between Russian genocide and Ukrainian freedom

Calls for a negotiated peace settlement in Ukraine fail to recognize that Russia’s imperial ambitions and the Kremlin’s genocidal objectives render any kind of compromise incompatible with Ukrainian statehood.

Image: People take part in a Kyiv rally over the killing of Ukrainian prisoners of war in Olenivka. September 6, 2022. (REUTERS/Vladyslav Musiienko)