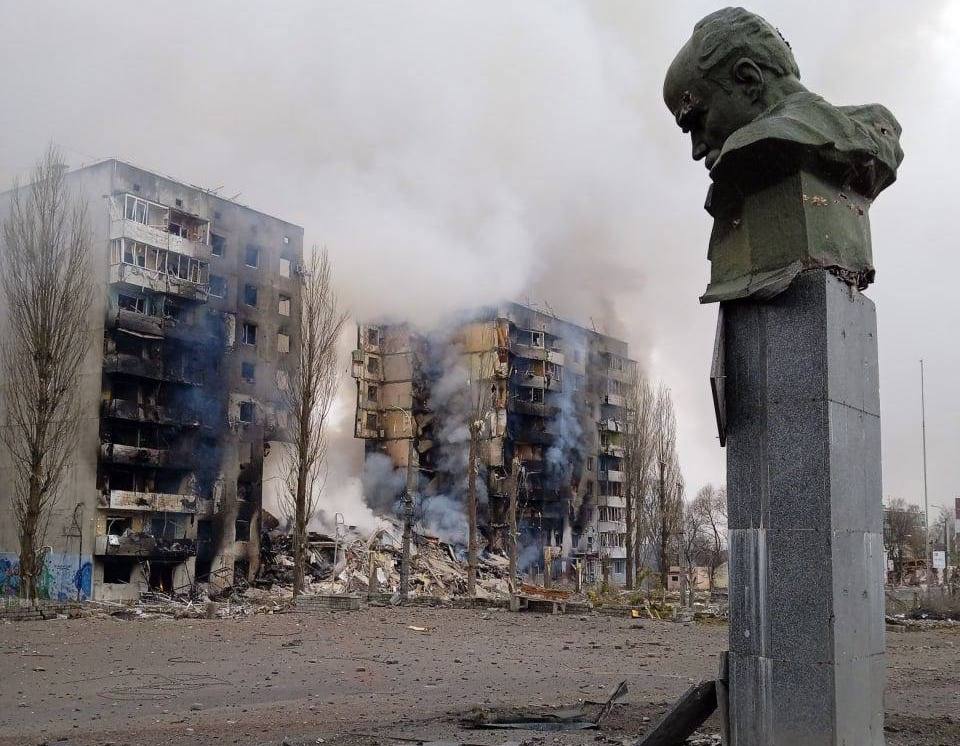 In all the talk of sanctions against Russia, there’s one important area that is only beginning to get some high-level attention: scientific and academic cooperation. If the West’s efforts to isolate Russia are to succeed, this sector needs clearer guidance from government.

Consider the stakes. Russia has the fourth-largest scientific and technical workforce in the world. It has an especially strong publication record in materials science, artificial intelligence, and robotics.

Crucially, Russian science depends on Western cooperation. According to UNESCO, 24% of Russian scientific papers from 2017 to 2019 were co-authored with international partners, especially Americans and Germans.

Yet so far, while the NATO allies have been fairly unified in how to handle Russian banking, trade, technology and oligarchs, they have only nibbled at the edges of the scientific world. It is, of course, a big and complicated sector that spends more than USD 2 trillion a year globally.

Universities aren’t banks that can be ordered to block a transaction. Their whole purpose is exchanging and developing knowledge across disciplines and borders. And they have for centuries provided handy back-channels for communications, distinct from formal and often dysfunctional government-to-government relations.

Operating in the same ethos, most government grant administrators try, within the limits of their national legislation, to support such exchanges and cooperation. For instance, the European Commission’s 37-year-old Framework Programs spent 10% of its budget on funding for researchers outside the EU in a deliberate policy to strengthen Europe by working with smart people across the globe. This includes Russians, who received EUR 14 million from 2014 to 2020.

In such a globalized and collaborative culture, the idea of cutting anybody off is shocking and only a war as shocking as that in Ukraine would suffice. But efforts to cut Russian academia off have barely begun.

The first response came, surprisingly, from Germany. Within 48 hours of the invasion, Germany’s research ministry ordered a suspension of institutional collaborations on research with Russia. The Danish government then followed suit. The European Commission was next, suspending R&D payments to Russian partners. The Dutch and Slovenian governments also suspended institutional ties. Finally, some of the European academic associations began speaking up. However, their counterparts in the US, UK and Canada have so far maintained an awkward silence.

The result has been a crazy-quilt of varying responses. In the US, MIT announced it is terminating its 11-year partnership with Moscow’s tech hub, Skolkovo. But in Belgium, the Ghent University rector declared he won’t drop a single activity from its big Russia Platform partnership. And around the world, official advice to universities has been slow and generally vague, leaving faculties to debate the issue internally by themselves.

In this vacuum, a consensus is slowly emerging in Western academia to punish the Russian institutions but not individual researchers or students. For instance, Boris Lushniak, Obama-era acting Surgeon General and now a dean at the University of Maryland, advises colleagues that they should avoid new collaborative projects with Russia, but not break existing obligations. In other words, respect Russian students and scholars already on Western campuses, but don’t invite new ones. Do keep up online ties and data-sharing with Russian colleagues, but don’t travel to scientific conferences in Russia or invite Russian scientists to those in the West. The intent is to send a clear message to Russian colleagues that something’s very wrong without cutting off all lines of communications with them.

I suggest this kind of nuanced approach is a good start but would benefit from further elaboration. For instance, the type of research matters. There could be no practical harm and much good from continuing exchanges on humanities, social sciences, agriculture or most health fields including COVID-19. But collaboration on AI, robotics, quantum and space research pose far greater risks of helping Russian science in ways we wouldn’t want. And it’s easier to continue collaboration in early-stage research, which can take a decade or more to produce practical results, than in later-stage R&D. It’s a short hop from a quantum-computing demonstrator to a new crypto-code breaker.

Of course, you could argue to stop it all: no more joint projects, no more student exchanges, no more CERNs or International Space Stations. But that’s a terrible precedent for the global science endeavor: Today Russia, tomorrow China, the world’s second-biggest R&D country? The scientific world would balkanize, reversing 500 years of cooperative progress.

Let us also not forget the Russian scientists themselves. Hundreds of them have been brave enough to publicly sign an anti-war petition. It is worth remembering that during the Cold War, there would have been no Sakharov or Scharansky if the West had simply shut them out of the global scientific dialogue.

The situation is clearly complicated. Governments can’t issue blanket orders to Stanford or Imperial College the way they can to Intel or Deutsche Bank. Still, they need to send a message.

Funding agencies everywhere need to say, unequivocally, that they won’t pay the bills, at least for now, for research done with Russians. They need to suggest practical ways for individual universities and researchers to handle their Russian colleagues. This can involve reaffirming that it’s appropriate to maintain personal contacts and student exchanges, but not the right time for sensitive new projects. The current slowness to do so, virtually everywhere except in a few European capitals, is embarrassing and harmful.