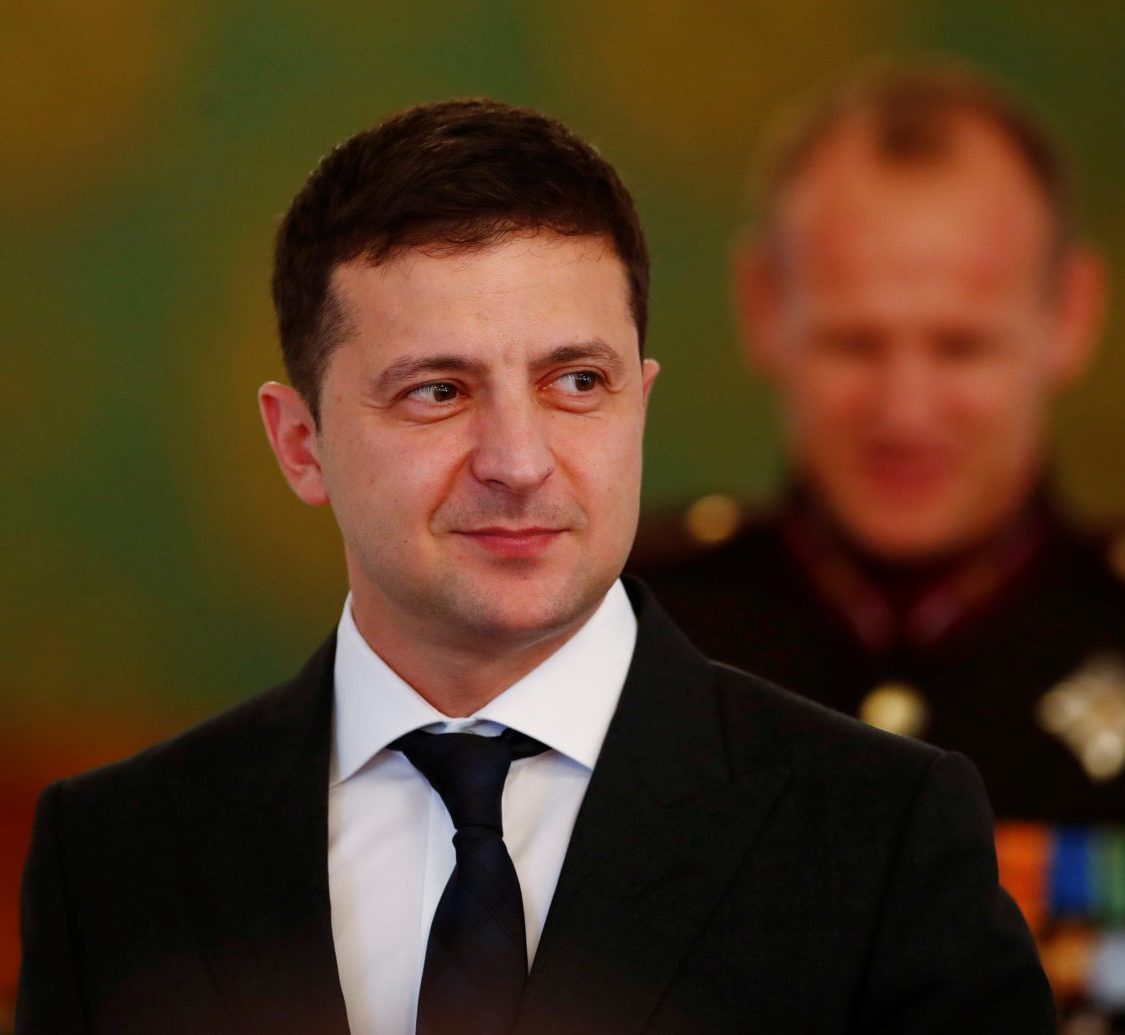 President Volodymyr Zelenskyy has said he will stay out of the legal battle waged by oligarch Ihor Kolomoisky to get back the bank that he looted. In 2016, Ukraine nationalized PrivatBank, the largest commercial bank in the country, that Kolomoisky co-owned at the time.

The president’s response is appropriate in a country with an operating rule of law. Courts should remain independent from politics. But in Ukraine, with an unreformed judiciary, this is a complete cop out.

Zelenskyy, who is a lawyer himself, has said his priority is to “protect our country, only the interests of the state of Ukraine” and that interference is not appropriate at this point. “Honestly, I haven’t called any of the judges in my life yet. I haven’t talked to any of them on the phone, haven’t asked for anything … I have no right to influence. Let’s look at the result. If the result is such that I need to protect the country, I will protect our state,” he said.

It sounds great in the United States or European Union, but political interference in corrupt courts does not abrogate the rule of law. It upholds it. And given Zelenskyy’s enormous mandate for reform by Ukrainians, extraordinary steps must, and can, be taken sooner rather than later in the national interest.

Parliament should declare that any decision giving the bank back to Kolomoisky be declared null and void on grounds of “national interest.” Passage would not be difficult, given public sentiment and given the fact that Zelenskyy’s Servant of the People Party holds 254 of the 450 seats in parliament.

A Kyiv-based lawyer suggested such legislation would be “unconstitutional” because only courts can override another court. But how many judges in Ukraine have contravened the constitution and has Kolomoisky or his ilk ever concerned themselves with the law of the land?

Here’s the background and why the national interest is at stake: The International Monetary Fund, chief benefactor of Ukraine since 2014, is adamant that the 2016 nationalization of Kolomoisky’s PrivatBank should not be reversed. The IMF pushed Ukraine to clean up its entire banking system and PrivatBank was the largest by far. Some $5.5 billion was missing from the bank and the Ukrainian government had to invest $6 billion to protect Ukrainian depositors and keep it operating. Ukraine’s other benefactors and lenders, agencies, and countries are also against handing this bank back to Kolomoisky.

After Zelenskyy was elected, Kolomoisky returned from exile to Ukraine and has been accused by Valeria Gontareva, former chair of the National Bank of Ukraine, of perpetrating a string of violent acts against her and her family this year. He denies this.

Kolomoisky won a decision this year, which would nullify the nationalization, and the appeal is winding up this week or next.

But on October 15, he lost a related case in a British appeals court involving a $1.9 billion fraud lawsuit brought by the National Bank of Ukraine and Ukraine’s Ministry of Finance against Kolomoisky and his partner Gennady Bogoliubov. The lawsuit claims that the two misappropriated bank funds by funneling loans through companies they controlled in the United Kingdom and elsewhere.

The British judges also re-imposed a $2.6 billion freezing order on the assets of the tycoons ahead of the trial. “This is an important step for achieving justice for the bank and Ukrainian people,” PrivatBank CEO Petr Krumphanzl said in a statement.

The decision about the Ukraine appeal is due this week or next and there are allegations that the appeal court judge is biased. The lawyers representing the National Bank of Ukraine and others have complained to the High Tribunal of Justice about this, the judge has been interviewed, but no decision has been reached as to whether there is malpractice involved.

The stakes couldn’t be higher.

“If the judge in this case rules against the state, she [the judge] will be risking not only PrivatBank’s future, but the stability of the rest of the banking sector and macro financial stability more generally,” wrote Timothy Ash of Bluebay Asset Management. “And in this scenario, where the ruling is against the state, Ukraine can forget about an IMF program and backstop.”

If the National Bank of Ukraine loses that appeal, it stated six months ago that restitution will occur. The state will withdraw the $6 billion deposited to replace the stolen funds, direct it to depositors, declare the bank insolvent, and ask the Ministry of Finance to nationalize it a second time.

So, the question is would Zelenskyy support a second nationalization?

“If re-nationalization is legally difficult, it will have little choice but to make the bank insolvent,” wrote Timothy Ash. “The state would still face the challenging task of managing the insolvency of the biggest bank in the country which would likely impose huge collateral risks to the sovereign balance sheet. I’m not sure Zelenskyy or the judges have thought all this through.”

Clearly, the national interest overrides all other considerations. The damage to the banking system, the economy, the currency, and Ukraine’s reputation is very concerning if a crook is allowed to game the country’s still-rotten courts.

This issue, President Zelenskyy, is not about the rule of law. To hide behind that is unacceptable. Zelenskyy is either a champion for all Ukrainians or he is the enabler to a reprehensible oligarch.