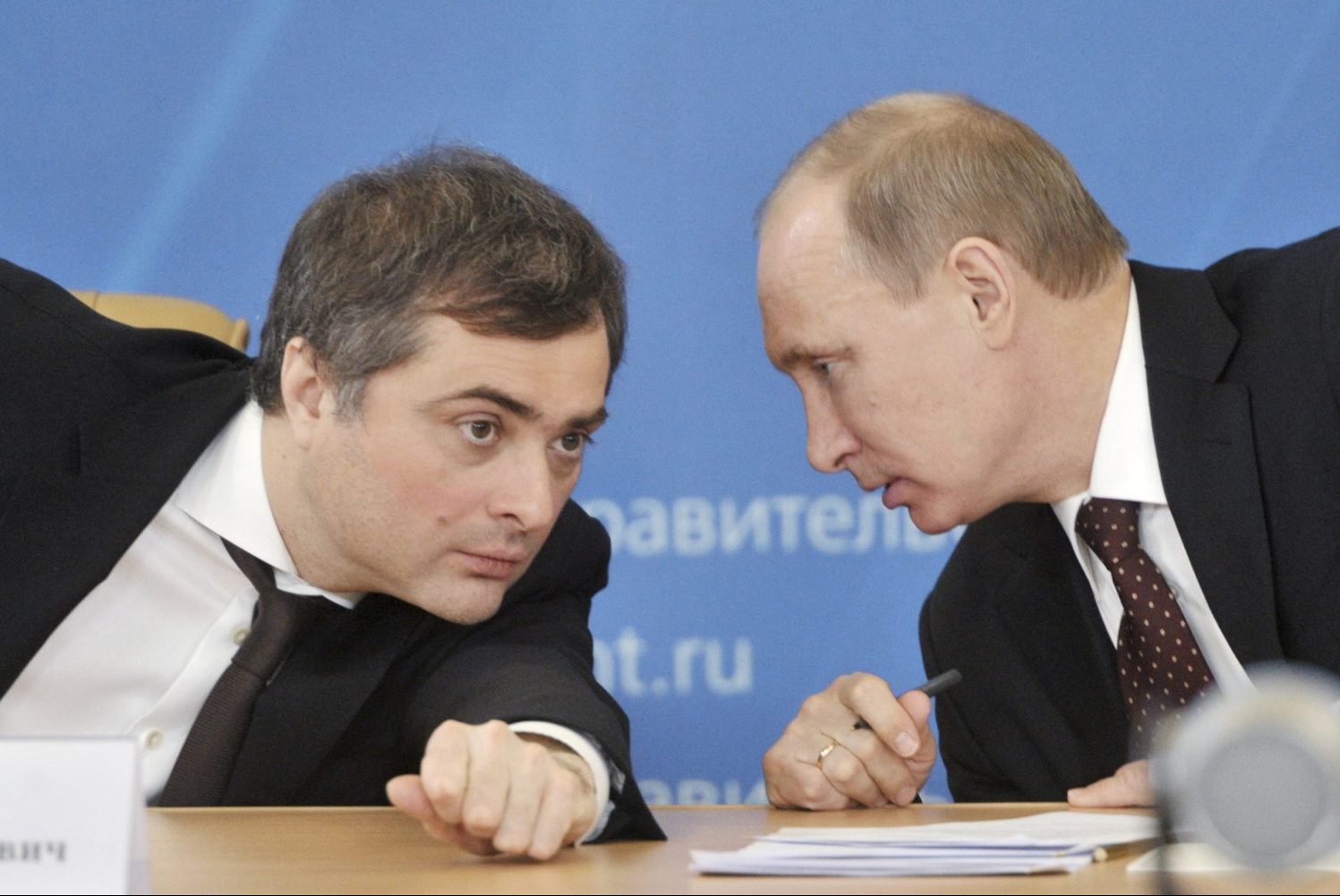 How do you make peace with an adversary who openly questions your right to exist? This is the challenge facing Ukraine as it seeks to end a six-year undeclared war with neighboring Russia while confronting centuries-old imperial prejudices that continue to exert considerable influence on Russian policy-making. Modern Moscow does not merely view Ukraine as falling within its traditional sphere of influence; as far as many in the Kremlin are concerned, Ukraine is part of Russia itself.

This troubling reality leaves Ukraine with very little room to maneuver if it wishes to preserve its independence, and renders continued Western calls for compromise both futile and reckless. Instead of pushing Ukraine to appease its attacker, the international community should be focusing its attention on Russia’s reluctance to regard Ukraine as a truly separate country. Fortunately, neither Russian President Vladimir Putin nor his closest allies make any secret of their disdain for Ukrainian statehood. On the contrary, recent interviews with Putin and one of his leading ideologues offer ample evidence of the unapologetic imperialism that lies at the root of the current conflict in Ukraine.

2020 began with a flurry of speculation over changes inside the Kremlin that suggested a new approach towards Ukraine. The big news was that Vladislav Surkov, a senior Putin adviser who had handled the Ukraine portfolio since 2013, was to be replaced by the allegedly more pragmatic Dmitry Kozak. This followed on from Putin’s first face-to-face meeting with new Ukrainian president Volodymyr Zelenskyy in December 2019, which had ended in upbeat if unspectacular fashion. The mood of cautious optimism did not last long, however, and began to recede rapidly in the wake of Vladimir Putin’s February interview with Russia’s TASS state news agency.

Disregarding the abundant evidence of the past six years, Putin took the opportunity of this flagship interview to repeat his claim that Ukrainians and Russians are “one people”. This belief is central to Putin’s many Ukraine delusions and appears to be entirely sincere. He has reiterated it on numerous occasions since the conflict between the two countries began in 2014, and is seemingly indifferent to the offence it causes. Putin then proceeded to blame the rise of a Ukrainian national consciousness on outside interference, thereby dismissing Ukrainian agency and reducing the country’s long independence struggle to the status of anti-Russian plot. He attributed the first splintering of the Russia-Ukraine relationship to the negative influence of the Polish-Lithuanian Commonwealth, but reserved his most damning accusations for the Hapsburg Empire, which governed western Ukraine from the late eighteenth century until 1918. “The Ukrainian factor was specifically played out on the eve of World War I by the Austrian special service. Why? It is well-known – to divide and rule. Absolutely clear,” commented Putin.

These historical conspiracies have a direct impact on Russian attitudes towards the present, helping to soften the blow of Ukraine’s rejection by claiming that it is all the work of wicked foreigners. After both the 2004 Orange Revolution and the 2014 Euromaidan Revolution, Moscow accused the US, the EU, and various democracy-promoting NGOs of leading the otherwise contented Ukrainian population astray. Putin expanded on the theme of sinister international manipulation during his TASS interview, accusing unnamed forces of working to drive Ukraine and Russia apart in order to prevent the emergence of a new Slavic superpower. “Some people like dividing Ukraine and Russia. They believe it is a very important mission,” he commented. “Any integration of Russia and Ukraine, along with their capacities and competitive advantages, would lead to the emergence of a rival, a global rival for Europe and the world. No one wants it. That’s why they’ll do anything to pull us apart.”

By blaming everything on foreign enemies, Putin conveniently overlooks the fact that most people in Ukraine hold him personally responsible for the current conflict between the two countries. According to data released in February 2020 by the Pew Research Center, confidence in Putin among Ukrainians plummeted from 56% in 2007 to just 11% in 2019. Rather than acknowledge that this is the outcome of his own policy mistakes, Putin prefers to accuse outsiders of manufacturing an artificial divide between the two countries. He may well be destined to go down in history as the first Russian leader in centuries to lose Ukraine, but Putin remains firmly in denial over his responsibility for the debacle.

The second interview of note during the early months of 2020 was given by Putin’s outgoing aide and long-time associate Vladislav Surkov. Published on February 26, this was Surkov’s chance to explain his departure and clarify his thoughts on all the key topics of the day. Although he was speaking as a former official, Surkov’s prior position at the pinnacle of the Kremlin hierarchy and reputation as the Machiavellian genius behind the throne meant his interview was perhaps even more hotly anticipated and widely discussed than Putin’s. The result was a considerably less diplomatic and even more revealing window on elite Russian attitudes towards Ukraine.

True to form, Surkov began by denying the existence of Ukraine. “There is no Ukraine,” he was quoted as saying. “There is only Ukrainian-ness. It is a specific disorder of the mind, a sudden passion for ethnography taken to extremes.” He then went on to suggest a Ukrainian nation may yet emerge at a later date, but counselled that it remained unclear “what kind of Ukraine it will be, what its borders will be, and even how many Ukraines there will be. These are open questions. One way or another, Russia will have to participate in resolving these issues.”

Surkov’s notion that Ukraine’s borders are arbitrary and subject to Russian revision is not new. According to Russian nationalist lore, the modern Ukrainian state is composed of various essentially Russian historical entities including Crimea, New Russia, and Little Russia, together with western Ukraine, which is generally regarded as the only truly foreign part of the entire country. These divisions were heavily promoted by Russian political advisers during Viktor Yanukovych’s ill-fated 2004 Ukrainian presidential election campaign, which ultimately provoked the Orange Revolution. They came to the fore once again in 2014 when the Kremlin resurrected the tsarist era “New Russia” branding for its bid to seize control of southern and eastern Ukraine.

Unsurprisingly, the most high-profile advocate of this imperialistic perspective is Putin himself. At the 2008 NATO summit in Bucharest, he reportedly told US President George W. Bush that large parts of Ukraine had been “gifted” by Russia. He made similar claims at the height of the 2014 “New Russia” campaign, and used his December 2019 press marathon in Moscow to brand eastern and southern Ukraine, “ancestral Russian lands that never had anything to do with Ukraine.”

Putin and Surkov’s recent commentaries on Ukraine illustrate the problems of achieving a durable peace that includes Russian respect for Ukrainian statehood. With disarming honesty, Surkov actually admitted during his interview that Ukraine could only be brought back into the Kremlin orbit by force. “Relations with Ukraine were never simple, even when Ukraine was part of Russia. Ukraine has always been troublesome for the imperial and Soviet bureaucracy,” he commented. “Forceful coercion to establish brotherly relations is the only method that has historically proven effective in relation to Ukraine. I do not think that any other method will be invented.”

Surkov seems incapable of understanding that Russian attempts since 2014 to apply “forceful coercion” to Ukraine have been an abject failure and a disaster for Russian interests. Instead, he clings to myths about Ukraine that in many cases date back to the Soviet and tsarist eras. This ignores Ukraine’s post-Soviet consolidation as a nation and is a recipe for further military aggression.

Anyone who is serious about ending the war in Ukraine should listen carefully to the way leading Russians talk about the country. Surkov may have lost his place at the top of the Kremlin power vertical, but his attitudes towards Ukraine are unexceptional among today’s Russian elite. They also mirror Putin’s own thinly veiled contempt. International leaders including Donald Trump, Emmanuel Macron, and Angela Merkel have all expressed hopes that Ukraine’s President Zelenskyy can come to some kind of compromise with Putin. However, unless Russia can learn to leave its imperial baggage behind, peace is likely to remain out of reach.