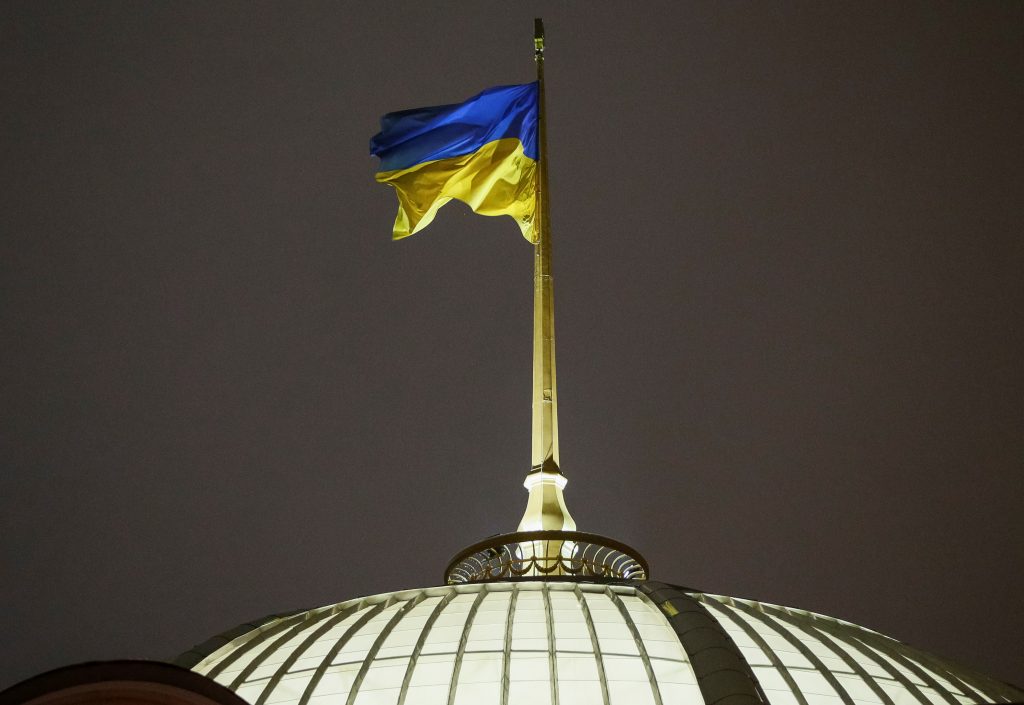 Next year, Ukraine will mark the thirtieth anniversary of the country’s independence. Despite being widely tipped in the early 1990s to emerge as the most economically successful of the former Soviet republics, Ukraine has struggled to make the qualitative leap forward from authoritarian empire to European democracy. Instead of transitioning to a new era, it often feels as if Ukraine is stuck in a state of permanent stagnation, living from crisis to crisis and revolution to revolution. Meanwhile, the population remains mired in poverty.

There is no consensus about the exact reasons why success has eluded Ukraine for the past three decades. However, few would argue that the main obstacles have been the destructive role played by Russia and the excessive influence of Ukraine’s oligarchs over every aspect of national life.

It is no surprise that Ukraine’s oligarchs have often made common cause with the Kremlin. After all, they share key objectives such as keeping Ukrainian state institutions weak, preserving the corrupt status quo, and preventing the country’s integration into the far more transparent and rules-based Euro-Atlantic community.

The roots of Ukraine’s “oligarchic democracy” can be traced back to the 1994-2004 presidency of Leonid Kuchma, when today’s power brokers first established their informal empires amid the wreckage of the Soviet collapse. Ukraine has undergone two pro-democracy revolutions since the dying days of the Kuchma era, but in terms of the oligarchic stranglehold over the country, little has actually changed.

The balance of forces between the different oligarchic groups may shift one way or another, but the essence of the system itself remains the same. Through their representatives in government and within state institutions, key decisions are approved by a small group of oligarchs who continue to shape the trajectory of the nation.

The first real attempt to limit the influence of the oligarchs came after the Revolution of Dignity. With the help of Ukraine’s Western partners, the 2014-16 government of Prime Minister Arseniy Yatsenyuk undertook a series of critical reforms. As a result, Yatsenyuk became the target of relentless attacks from oligarch-controlled politicians and media.

History repeated itself earlier this year with the Honcharuk government. As director of the State Tax Service (STS) at the time, I participated alongside Honcharuk’s reformist government in the battle against a corrupt system that had been built to extract resources on behalf of the country’s oligarch clans. Honcharuk’s team was made up of decent people, but they were largely inexperienced in the byzantine world of Ukrainian political intrigues and proved no match for the veteran forces of the oligarchs. In the end, the government lasted less than half a year in office.

Ukraine’s oligarchs typically exercise their influence through corrupt MPs, members of government, law enforcement officers, and judges. The role of Ukraine’s bureaucracy is also significant, especially the middle and upper ranks of the civil service. In contrast to elected bodies, this element within the civil service is quite deeply entrenched and resists change at every step. Entire clusters of high-level civil servants receive lucrative illicit incomes for their cooperation with oligarchs.

In light of the role played by the civil service in the informal empires of Ukraine’s oligarchs, the administrative reforms embarked upon by the 2016-19 government of Volodymyr Groysman were particularly important. These reforms sought to establish a clear separation between political appointees and those who had gained their positions through a competitive recruitment process. For the first time in independent Ukraine’s history, the administrative chain of command within the government bureaucracy underwent a dramatic revamp and talented young professionals began to enter the system.

This progress did not last. Under the pretext of anti-coronavirus crisis measures, the current government has largely eliminated competitive selection for government positions. This is in direct violation of Ukraine’s obligations within the framework of the EU Association Agreement, and represents a major victory for the old elites in their struggle to maintain control over the country.

Recent months have seen further such successes as Ukraine’s oligarchic forces continue to push back against the reform efforts that have dominated the political agenda since 2014. Thanks to a number of dubious court rulings predominantly by the Constitutional Court, the anti-corruption architecture established over the past six years is now under threat, as are many other landmark reforms.

This counter-revolution should come as no surprise. Ukraine’s historic bid to integrate into the Western world is not in the interests of the country’s oligarchs, who have much to lose from the establishment of a level playing field and an independent judiciary. This explains why various oligarch clans are now working to undermine cooperation with Ukraine’s international partners such as the EU and the IMF, while at the same time promoting anti-Western narratives via their media platforms.

The problems created by excessive oligarchic influence are not a secret. The real question is how Ukraine can overcome this debilitating dominance.

In fact, there is no need for Ukraine to reinvent the wheel. Many of the measures that would restrict the ability of the oligarchs to control Ukraine’s destiny are already known. In some cases, they have even been partially tested. What is needed is the political will to finish what was started.

It is critically important for Ukraine to defend and uphold the gains made following the Revolution of Dignity. This means protecting anti-corruption innovations while preserving the reform of the civil service and the independence of Ukraine’s central bank.

One major step towards curbing oligarch influence would be privatizing Ukraine’s vast portfolio of state-owned enterprises, many of which serve as major sources of corruption. This issue is not new but keeps getting laid aside. Under the current government, things now appear to be going backwards. Many directors of state enterprises have been replaced over the past year due to pressure from oligarchic groups, resulting in huge losses to the state budget.

Perhaps the single most important step towards taming Ukraine’s oligarchs is reform of the judiciary. The absence of fair and impartial courts remains the biggest obstacle to Ukraine’s progress. It deters foreign investment and poisons every other aspect of Ukrainian society, creating a climate of impunity that allows oligarch clans to thrive.

Although Ukraine cannot currently lay claim to many achievements in this area, there have been some positive results in recent years. One sign of progress was the launch of the country’s High Anti-Corruption Court. Crucially, international specialists with veto power were involved in the selection of judges. As a member of the Public Integrity Council who participated in the significantly less successful selection of judges to the Supreme Court, I can state with complete confidence that the involvement of international specialists is the only measure that has been proven to work. This practice now needs to be applied to the entire Ukrainian court system during a comprehensive reboot. It is the only way to eliminate oligarchic pressure from this branch of government.

Another state body that needs to undergo de-oligarchization is the Anti-Monopoly Committee. At present, entire sectors of Ukraine’s economy including the steel, energy, and chemical industries are in the hands of a select few. Oligarchic groups also monopolize ownership of the mainstream media, allowing them to distort debate and shape public opinion. Dismantling these monopolies would drastically reduce the ability of the oligarch class to blackmail the government in Kyiv.

These steps would do much to reduce the influence of Ukraine’s oligarchs. They are not novel ideas. On the contrary, they build on the practical experience and painful lessons of recent years. The only thing missing is the requisite political will to proceed with implementation. Until Ukraine has leaders who are ready to do so, the interests of the oligarchs will remain decisive in determining the country’s future.

Ukrainians will vote this weekend to elect mayors in a number of big cities across the country as the current local election cycle comes to a close with incumbents heavily favored to do well.