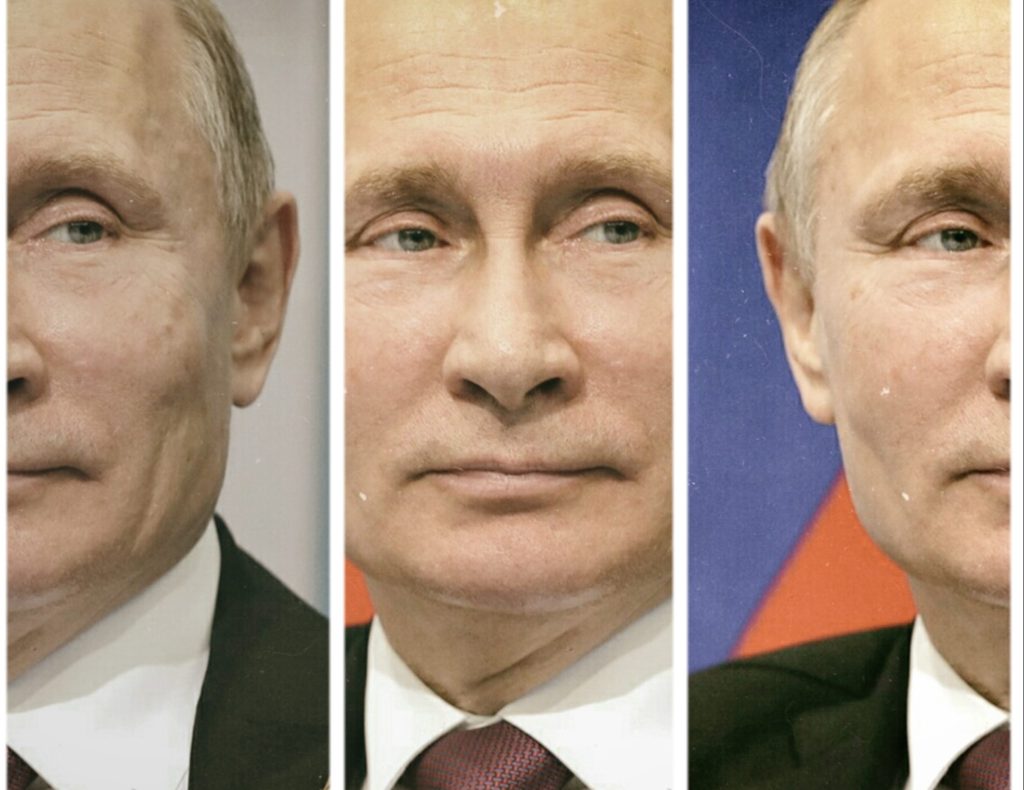 Why did Vladimir Putin invade Ukraine? In the three months since the invasion began, the Russian dictator has put forward a wide range of different rationalizations blaming the war on everything from NATO enlargement to imaginary Ukrainian Nazis. But throughout it all, his one consistent message has been the alleged illegitimacy of the Ukrainian state.

Such rhetoric is nothing new. For years, Putin has denied Ukraine’s right to exist while insisting that Ukrainians are really Russians (“one people”). He has repeatedly accused modern Ukraine of occupying historically Russian lands and has dismissed the entire notion of a separate Ukrainian national identity as an artificial invention created by outside forces seeking to weaken Russia from within.

The full extent of Putin’s Ukraine obsession was laid bare in a 5,000-word essay on the supposed “historical unity” of Russians and Ukrainians that was published in July 2021, just seven months before the Russian invasion. Posing as both amateur historian and amateur philosopher, Putin conveniently ignored centuries of imperial oppression before expressing his confidence that “true sovereignty of Ukraine is possible only in partnership with Russia.”

Insofar as “sovereignty” means freedom from external control, Putin’s statement is Orwellian-level nonsense. This chilling document was correctly interpreted by many as a declaration of war on Ukrainian statehood. It was subsequently made required reading for all members of the Russian military.

Events on the battlefield have since exposed the absurdity of Putin’s core arguments. If he has any lingering doubts regarding the reality of the Ukrainian nation, he need only consult the Russian soldiers who lost the Battle for Kyiv and were forced to retreat entirely from northern Ukraine after suffering catastrophic losses. Indeed, it is hard to think of a more comprehensive debunking of the whole “one people” myth.

Putin’s attempts to deny Ukrainian identity are easily dismissed but his insistence on the purported illegitimacy of modern Ukraine is worth exploring in further detail as it raises some interesting questions regarding the true causes of today’s war.

The foundational principle around which the Founding Fathers created the United States was the notion that those who govern can derive their legitimacy from only one source, namely the people they seek to govern. This idea of government “of the people, by the people, for the people,” as expressed by President Lincoln at Gettysburg in 1863, has come to be recognized as the basic principle underpinning all modern democratic systems.

The ideas of democratic rule and free elections have become so popular around the world that even totalitarian states often include the label “Democratic” in their respective country’s names, as is the case with the North Korean “Democratic People’s Republic of Korea.” Similarly, dictatorships such as Putin’s Russia still feel the need to stage faux elections in order to maintain the pretense of democratic legitimacy.

Much to Putin’s chagrin, modern Ukraine does not share his own regime’s lack of legitimacy. Far from it, in fact. In December 1991, Ukrainians took part in a nationwide referendum on independence from the Soviet Union that saw over 90% of voters back the creation of an independent Ukraine. Crucially, clear majorities supported independence in every single Ukrainian region including Crimea (54%) and the two regions that make up the Russian-occupied Donbas, Luhansk (83%) and Donetsk (76%). The vote was widely acknowledged as free and fair, setting a democratic standard that would gradually become the norm in Ukraine during the coming decades of independence.

Ukraine’s most recent election cycle in 2019 reflected the continuing consolidation of the country’s democracy. Despite running as a complete outsider with no political experience whatsoever, Volodymyr Zelenskyy was able to secure a landslide election victory over incumbent Petro Poroshenko in April 2019 and become Ukraine’s sixth president. Three months later, his newly established political party made history once again with a record win in Ukraine’s parliamentary election. Zelenskyy’s success reflected the highly competitive nature of Ukraine’s political system while underscoring the genuine legitimacy that the country’s democratic culture helps to bestow upon this state.

In the past few months, the courage and commitment demonstrated by millions of Ukrainians in the face of foreign invasion have vividly reaffirmed the legitimacy of Ukrainian statehood. The country has responded to Russia’s invasion with an unprecedented wave of national mobilization that has seen huge numbers volunteer for the armed forces and many more make breathtaking sacrifices in support of their nation’s defense. This remarkable show of unity and resilience has inspired the watching world while making a mockery of Putin’s ramblings.

By comparison, Russia’s post-Soviet development could hardly be more different. When the Soviet Union collapsed in 1991, nobody was offered the opportunity to vote in a referendum on whether they wished to be part of the Russian Federation. When Chechnya attempted to break away from Russia in the early 1990s, Moscow waged two bloody wars to crush that independence movement.

Since coming to power at the turn of the millennium, Putin has had his political opponents murdered, jailed or exiled. He has steadily reversed the limited democratic gains of the 1990s and now completely controls the entire political system along with the media. All forms of dissent are outlawed. The crackdown on alternative voices in Putin’s Russia has become so surrealistic that people are now routinely arrested for holding up blank placards in public spaces.

Despite the country’s slide into authoritarianism, Russia still officially goes through the motions of regular election cycles in order to renew Putin’s mandate to rule. However, the increasing absurdity of these choreographed campaigns merely serves to underscore the illegitimacy rather than the legitimacy of the entire regime.

This places Putin’s efforts to portray Ukraine as illegitimate in an entirely different light. By almost any measure, President Zelenskyy enjoys far more personal legitimacy than Putin, while democratic Ukraine is an infinitely more legitimate state than autocratic Russia.

Putin is well aware of this fact. He also understands that if a democratic Ukraine is allowed to gain strength and prosper, it will likely inspire Russians to seek similar changes in their own country. In other words, he regards the existence of a free and democratic Ukraine as an existential threat to the future of his own autocratic regime.

This helps to explain why Putin has chosen to gamble everything on the destruction of the Ukrainian state. From the Russian ruler’s perspective, independent Ukraine is an intolerable reminder that democratic legitimacy is entirely possible in the Slavic heartlands of the former USSR. Unless Ukraine is destroyed, Putin fears Russia itself may enter a new era of collapse that will continue the process begun in 1991.

Bohdan Vitvitsky is a former Resident Legal Advisor at the US Embassy in Ukraine and Special Advisor to Ukraine’s Prosecutor General.

Appeasement is the worst possible policy for both Ukraine and Russia