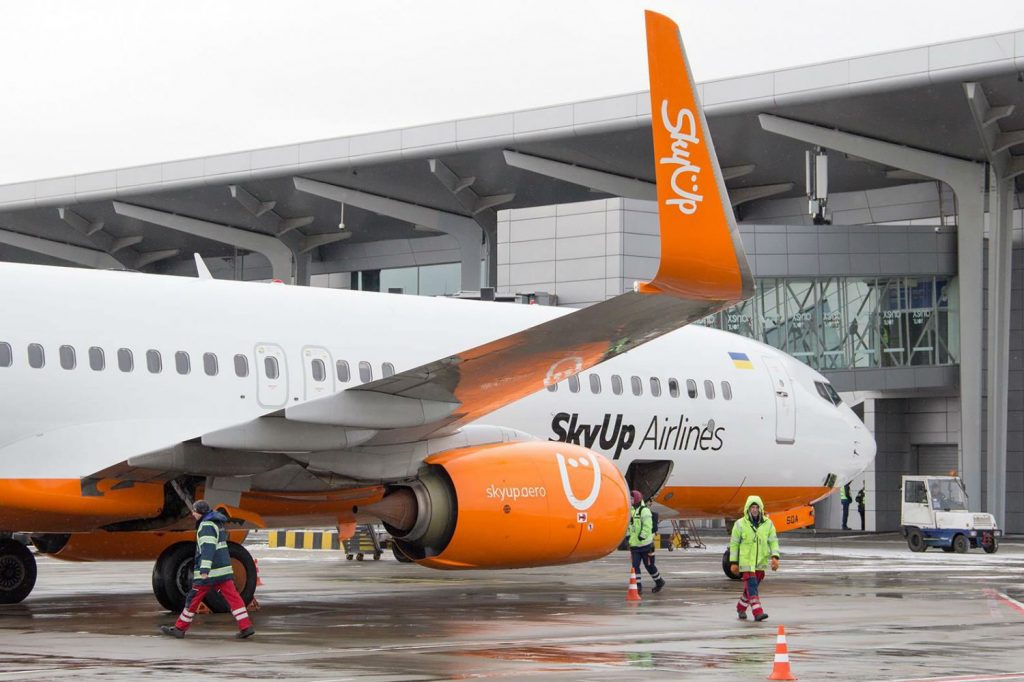 As Ukrainians were vacationing this July, a legal farce of Gogolian proportions was being staged in a regional court in Baryshivka, seventy kilometers on the outskirts of Kyiv.

Many aviation experts suspect that the course of action against SkyUp, a low-fare airline and tour operator, was instigated by agents of Ukraine International Airlines, partly owned by the oligarch Ihor Kolomoisky, to harm the operations of a direct and quite effective competitor.

The suit was instigated by Oksana Denchenko, an individual who on camera admitted that she had never flown on a plane and denied that she even actually filed the suit.

Nonetheless, the case was heard although the court had no direct legal right or jurisdiction to do so. This was a civil court and not an administrative court, where such matters are normally heard.

But worst of all, the judge ruled to suspend SkyUp’s operating license, directly threatening the company’s existence. By any legal standard, this was an unusual and unprecedented action even in Ukraine.

On closer examination, the themes of the case are evident and the tactics clear.

The raiders were prepared to abuse and ignore jurisdictional boundaries. They simply went “court and judge shopping” based on the assumption that a regional court could be manipulated in providing a favorable ruling and that it would not be noticed.

They were not afraid to perpetrate fraud, nor were they afraid of any potential repercussions even if they would have been found out.

Get the latest UkraineAlert

They assumed that they could willingly manipulate such a court because it would lack the expertise and confidence to either determine the legal merits of such a case or have the courage to recognize the absurdity of the case.

They knew that the court would not have the resources to conduct its own due diligence to determine whether it should even hear the case. Considering the obvious discrepancies surrounding the complainant, the case should have been thrown out.

And last, they were quite confident that the judge, who has been suspended and is now under investigation, would issue a favorable ruling on their behalf that would have immediate consequences on SkyUp’s daily operations at the height of tourist season and would threaten its continued existence.

What is Ukraine’s economic outlook for 2021?

Without judicial reform or an increase in investment, there is little reason to expect any economic growth in Ukraine during 2021 beyond the gains arising from the post-coronavirus rebound.

The SkyUp story is worthy of discussion because as Ukraine attempts to finally free its economy from oligarchs, graft, and red tape, its leaders must realize that both domestic and foreign investors have the right to expect that certain fundamentals governing business behavior will be enacted and actually work. Fundamentals such as a legal framework to ensure fair competition, non-politicized arbiters to ensure fair business practice, a reliable and trustworthy court system, legal accountability, and financial responsibility for abuses.

As a newly elected president and parliament have been sworn in, and a new government formed, the new political class must be ready to radically transform the values of Ukraine’s macro-economic framework and its business culture.

Ukraine’s officials must understand that to simply ask for investment has become hollow. Presenting an image of Ukraine to savvy investors without a series of legislative accomplishments to buttress this desire for increased investment will fall short.

Going forward, Ukraine’s must even more fervently embrace an uncompromising stance against oligarchic business practice. At the same time, it must pursue a determined effort to marginalize individual oligarchs and the deleterious effects of monopolization toward free market competition in all key industries, not only in transportation, but in energy, television, defense, and agriculture.

The prime minister must be held to account and be continually pressured to destroy his country’s monopolistic and destructive business practices.

Prime Minister Oleksiy Honcharuk knows he has to deliver quickly. In his maiden speech to the Rada, he admitted that he must introduce a new legislative framework whose primary objective is to create a competitive, free, and investor friendly marketplace that would not only deter corrupt practices, but create jobs, boost tax revenues, and increase the standard of living. But most importantly, to encourage investment.

The saga of SkyUp illustrates just how challenging this task remains.

Yuri Polakiwsky is a Kyiv-based writer and author of “Ukraine—A Lament of a Promise.”

If Zelenskyy’s serious about reform, he’ll ditch the cronies

Leaders are judged by those closest to them, and Zelenskyy’s mishandling of this matter is destroying his “brand” and will impede his reform agenda.