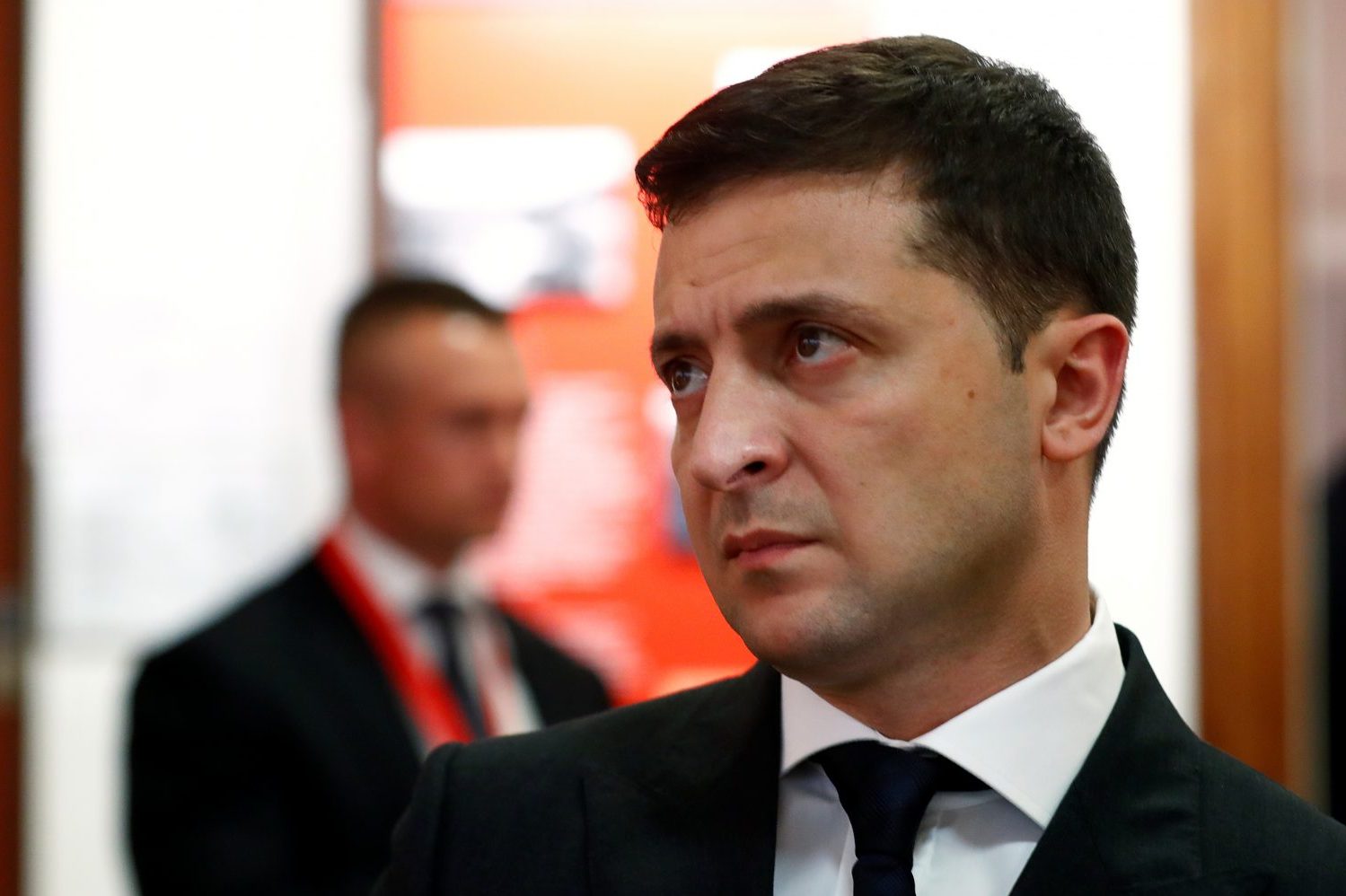 We are beyond halfway through October, and there’s still no certainty whether the much awaited and long-delayed summit of the Normandy Four states (Ukraine, Russia, Germany, and France) will take place. The summit is meant to jump start the moribund Minsk process for achieving peace in Ukraine’s east.

On October 17, the German and French leaders put on a brave face and “welcomed” progress in paving the way for the meeting, now more than a month overdue. They, and Ukraine’s president, hope that it will still be possible to hold a Normandy Four summit in November.

But at this stage, Russian President Vladimir Putin has good reasons for not wanting the summit to go ahead. He appears to have badly miscalculated the mood of Ukraine’s new president, and of the majority of Ukrainian voters who recently put him in office. The Ukrainian position, open and reasonably flexible at the outset, has hardened as a result of public protests and an intense public discussion that has precipitated reviewing and rethinking.

Zelenskyy promised to make the quest for peace with Russia a priority, and initially wanted quick results showing he had kept his word and would be able to break the costly and bloody impasse.

He made the release of Ukrainian captives held by Russia a priority and courageously displayed initiative in contacting Putin directly by phone to negotiate an exchange of prisoners. When the “swap” went ahead last month, it fueled hopes that Moscow was prepared to deal with the new leadership in Kyiv in a more conciliatory manner.

But these expectations were quickly dashed. Moscow made the acceptance of the controversial Steinmeier Formula the prerequisite for holding another Normandy Four Summit, the first since 2016. Russia insisted on elements selectively taken out of the broader framework of the Minsk accords agreed to in 2014-15 that would effectively bring recognition to its Donbas proxies.

Although the Steinmeier Plan meant serious difficulties at home, because Zelenskyy’s detractors immediately accused him of capitulation, Kyiv reluctantly agreed to use this German compromise mechanism as the basis for further discussion at a future summit. Zelenskyy said that he wanted an opportunity to sit down with Putin, in the presence of the German and French leaders, to look him in the eyes and see if he was ready to move forward.

If the summit failed to break the ice, Zelenskyy said he would look at options. His Foreign Affairs Minister, Vadym Prystaiko, subsequently announced that plan B consisted of inviting the United States and Britain to participate in an expanded format. Not surprisingly, this idea did not receive the support of Berlin or Paris, let alone Moscow.

Unexpected serious complications in the relations between Washington and Kyiv related to internal US political infighting appeared to rule out this contingency. And when at their recent improvised press conference in New York, President Donald Trump told Zelenskyy that he hoped that after the prisoner swap he would be able to work things out with the Russian leader, his disinterest in becoming involved seemed clear enough. Zelenskyy admitted a few days ago that he had wanted to “pull” the American leader into the negotiations.

In the meantime, Moscow has not made any conciliatory moves. It has failed to rein in its proxies in the Donbas who lost no time in declaring Kyiv’s acceptance of the Steinmeier Formula a recognition of the right of “the people of the Donbas” to self-determination, including its “right” to maintain relations with Russia as it chooses and not to allow Ukraine to regain control of the border with Russia. Shelling and sniper fire at Ukrainian positions has intensified and in recent days several more Ukrainian soldiers have been killed. Last month Ukraine had proposed a disengagement of troops all along the “contact line,” but because of continued shelling its implementation in two new spots has had to be postponed.

The internal reaction to Kyiv’s acceptance of the Steinmeier Formula was distorted for political purposes by domestic opponents, and Zelenskyy himself has admitted that his team did not do enough to manage the confusion. Sizeable protests on Kyiv’s famed Maidan and in other Ukrainian cities followed and a right-wing vigilante group sought to prevent the disengagement of troops in Petrivske. The heated discussion that has followed has led Zelenskyy and his team to review, rethink, and adjust their approach.

In such circumstances, reassurances that the new Ukrainian leadership was not surrendering anything to Russia were not enough. The result is that Moscow’s pressure on Kyiv, with friendly encouragement from Berlin and Paris, has resulted in a clearer but firmer revised Ukrainian position.

Among the key elements that have been re-emphasized in the last days are that Russia’s military intervention in the Donbas cannot be decoupled from its occupation of Crimea, that for peace and democratic elections to be held in the occupied areas of the Donbas, not only do Russian forces and armed bands need to be withdrawn, but also that the fictitious entities created by Moscow as supposedly separatist “People’s Republics” have to be dispensed with. Also, that a general amnesty for those who have committed crimes against Ukraine and its people is out of the question.

Moscow seems to have been caught off guard by Kyiv’s tougher and more explicit line. Putin’s spokesperson Dmitry Peskov says that Kyiv’s insistence that the Donbas and Crimea issues now be linked and that the unrecognized Russian-backed pseudo-republics in the Donbas be dissolved is unexpected “for Moscow, Berlin, and for Paris.” He and other Kremlin representatives continue to stick to the official position that Russia is not a party to the conflict in the Donbas, but is only involved in the negotiations as a mediator and peacemaker.

In such circumstances, the prospects for a new Normandy Four Summit are hardly promising. If it is held and fails, Prystaiko says Kyiv will opt for a plan B. Whether it is the one already suggested or something new remains to be seen. Kyiv does not have other obvious options at this stage.

What has become clear to Kyiv’s new leadership is that Moscow’s deception and game playing has to stop, even if it is couched in the diplomatic parlance of the day.  For an honest and lasting peace to be achieved, things have to be called by their proper names. And solutions corresponding to existing realities advanced.

In short, it appears that the well-meaning, if initially inexperienced and idealistic, Zelenskyy, unconventional and not entirely predictable, has been forced to learn this through the school of hard knocks. But to his credit, he appears to be adapting and insisting on different behavior not only at home but also in foreign affairs. Is anybody listening?

Coming into her own

“What I’m seeing now is speed over professionalism,” Suprun said. “I think it’s about time Ukraine started being more mature about what it’s doing.”

Image: Ukrainian President Volodymyr Zelenskyy looks on during his visit to the Museum of Occupation of Latvia in Riga, Latvia October 16, 2019. REUTERS/Ints Kalnins