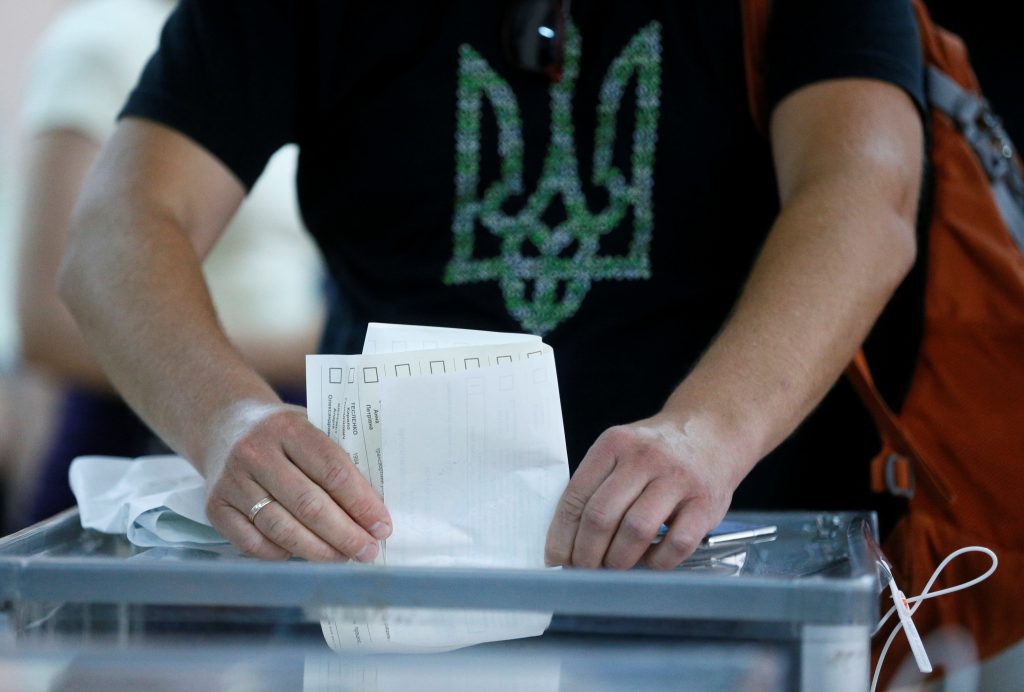 Ukrainians can once again decide on matters of national importance through the holding of national referendums thanks to a new legal framework that better aligns with international standards and good practice. The recent adoption of a new National Referendum Law fills a two-year legislative vacuum created in April 2018 when the previous, highly criticized referendum law from the time of ex-president Victor Yanukovych was wisely recalled as unconstitutional.

The old Yanukovych-era law created the possibility to bypass the Ukrainian parliament in establishing laws, including constitutional changes. It also created the conditions for potential presidential abuse of administrative resources during the staging of referendums.

Ukraine’s new National Referendum Law is more democratic than its predecessor. It does not allow for the adoption of laws or legislative acts through a referendum, as opposed to the previous law. Instead, it effectively blocks any attempt, for instance by the President of Ukraine, to legislate in this way, and makes it impossible to use referendums as a tool to bypass parliament. This is an important safeguard in a modern democratic state that is committed to respecting the separation of powers between the legislature, the executive, and the judiciary.

Under the new law, Ukrainians can vote on amendments to the Ukrainian Constitution that, according to the Constitution, require approval by a national referendum; matters of national importance; any changes to the territorial structure of Ukraine; and repealing current laws or parts thereof.

Work on the new referendum draft law began in March 2020 when First Deputy Chairperson of the Ukrainian Parliament Ruslan Stefanchuk (Servant of the People party) set up a working group tasked with developing the necessary legislation. The working group comprised of MPs alongside representatives of ministries, civil society organizations, and independent experts.

Their efforts built on previous draft laws and comparative analyses initiated by the International Foundation for Electoral Systems (IFES) and civil society organizations including the Center of Policy and Legal Reforms, Civil Network OPORA, Reanimation Package of Reforms, Center for Independent Political Research, and the Institute of Electoral Law.

Meanwhile, the Venice Commission and the Organization for Security and Cooperation in Europe (OSCE) Office for Democratic Institutions and Human Rights issued a joint opinion on the draft law with recommendations, most of which were taken into account before the Ukrainian parliament passed the law in January 2021. Notably, the Venice Commission and ODIHR stated that the new law “marks a considerable step forward compared to the 2012 National Referendum Law in Ukraine.”

The adoption of the National Referendum Law fulfills an election promise made by President Zelenskyy in 2019 to give the people of Ukraine greater and more direct influence over national policies. The new referendum law is now awaiting the signature of the president in order to come into effect.

It is imperative to point out that any referendum must garner widespread and robust public participation and input prior to the vote, with sufficient time allowed for healthy debate and discussion of the pros and cons of the proposed measure. In this sense, voter education is critical in assuring that all voters are able to make an informed choice on the matter while understanding its implications and ramifications, free from undue public pressure or private manipulation.

While the draft law is quite complete, an additional consideration may be granting parliament a role in the process leading up to any future referendum. Furthermore, procedures for constitutional control over the referendum process could also be strengthened. If the new law undergoes revision, the referendum campaign finance provisions should be brought better into line with existing Group of States against Corruption (GRECO) recommendations.

Despite some room for possible improvement, Ukraine’s new referendum law represents significant progress over its predecessor. It contains all the necessary legal safeguards to prevent future referendums in Ukraine from being used to manipulate public opinion or bypass the democratic legislative process.

Recently, Ukrainian civil society organizations have begun drafting a local referendum law. The hope is that parliament will use these grassroots efforts to close yet another gap in the country’s legislative framework left behind from the Yanukovych era. If they choose to do so, the people of Ukraine will then have not one but two important direct democracy tools at hand.

While holding a referendum under the new legal framework does not currently appear to be a major priority, should such a necessity arise in the years to come, it must be conducted solely and exclusively in the interests of the people of Ukraine. There are telling examples in both modern European practice and Ukraine’s recent history demonstrating that referendums are a tool to be used with great care and sparingly, if at all.

Image: Ukraine's recently adopted National Referendum Law fulfills an election promise made by President Zelenskyy in 2019 to give the people of Ukraine greater and more direct influence over national policies. (REUTERS/Valentyn Ogirenko)