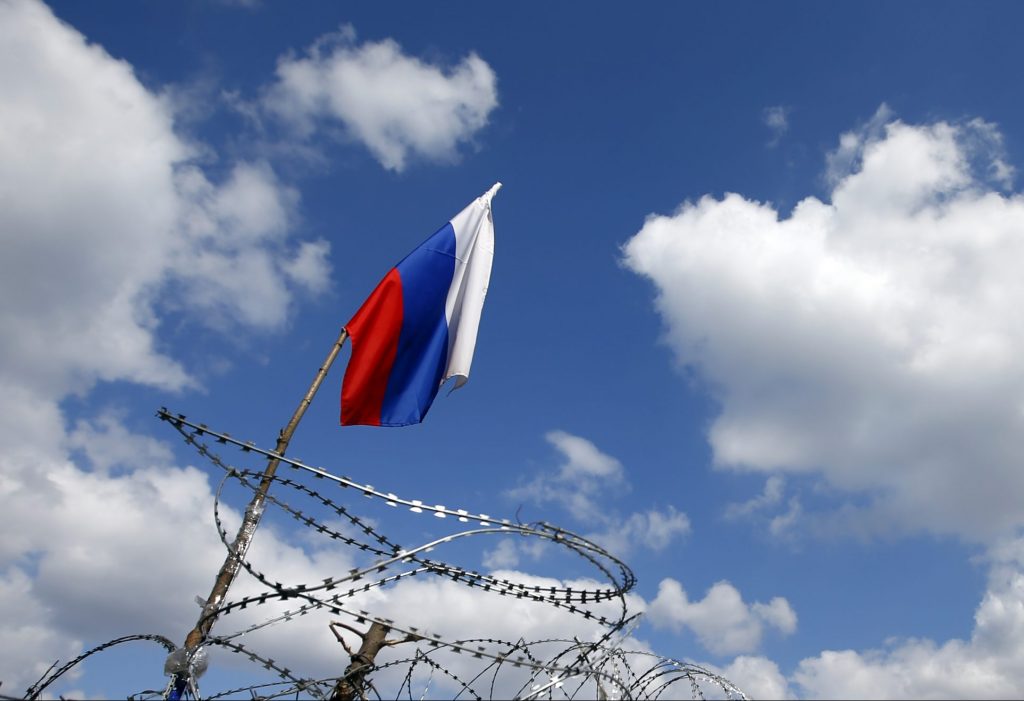 It has often been said that truth is the first casualty of war. This has arguably never been more applicable than in the case of Russia’s ongoing aggression against Ukraine. From the moment in early 2014 when Vladimir Putin ordered his “little green men” to seize Crimea while denying they were Russian soldiers, disinformation has been at the very heart of the Kremlin’s hybrid war. Few observers take the Kremlin’s denials entirely seriously, but a lack of legal clarity over the nature of the conflict has so far allowed Russia to escape full responsibility for its actions.

Ukraine’s best hope for protecting its sovereignty and territorial integrity does not rest on battlefield success. It cannot realistically expect to win that fight. Instead, Ukraine must seek to demonstrate the truth of Russia’s involvement in legal terms, including any violations of international law. This is the key to fortifying resistance to Russian aggression, both inside and outside of Ukraine. In other words, Ukraine should respond to Russian warfare with lawfare.

This approach may seem an underwhelming response to a war that is now in its seventh year and has already claimed over 13,000 Ukrainian lives. Unfortunately, such criticism is at least partly true. Nonetheless, when neither force nor reason has produced satisfactory answers, lawfare can at least provide a bedrock of legal principle and a record for posterity, which is the bare minimum required for accountability and redress.

Proven facts and international law are central to this kind of resistance, and Ukraine needs to resist more. There remains much work to do, even in relation to the most widely accepted aspects of Russia’s role in Ukraine since the 2014 Revolution of Dignity. These include Ukraine’s central claim that Russia is a party to an international armed conflict, whether through direct attacks on Ukrainian troops or via support for, and control of, the armed groups in the so-called separatist republics in eastern Ukraine.

The current legal ambiguity surrounding the war is not a mere consequence of Russian propaganda, UN vetoes, or determined international politicking by the Kremlin. At its core, it is a problem of successive Ukrainian governments and their failure to collate all the facts adequately. Proof of an international armed conflict or the Russian occupation of eastern Ukraine requires the comprehensive marshalling of facts and the application of international humanitarian law. Consternation and complaints from Kyiv’s side will not suffice.

This is not to argue that these classification tasks are simple, or that the Ukrainian government and the country’s civil society have been completely inactive in this regard. On the contrary, Ukraine’s lawfare initiatives since 2014, particularly its use of international legal tribunals capable of adjudicating numerous specific aspects of the dispute with Russia, have been energetic and, at times, highly skilful.

The Ukrainian government has initiated a flurry of international legal cases and claims, including at the International Criminal Court (ICC), the International Court of Justice (ICJ), the European Court of Human Rights (ECHR), and pursuant to the United Nations Convention on the Law of the Sea (UNCLOS). These cases have been designed to press home Ukraine’s case that Russia is the aggressor and that this aggression, in one way or another, violates international law. Ukrainian civil society has also been fearless and determined in documenting Russia’s conduct in support of these cases. Nevertheless, the problems with the current approach are evident.

As the Kremlin is assiduously aware, Ukraine’s engagement of the international justice system is constrained by the many limitations of those courts, a situation exacerbated by Russia’s unwillingness to sign up to the relevant human rights treaties and their skilful gaming of the system. As a consequence, most claims, including those at the ICJ and those involving the application of UNCLOS, do not directly call for the court or tribunal in question to assess whether Russia is a party to the conflict, let alone determine precise questions concerning the scale and effect of their control over separatist entities.

Even the European Court of Human Rights, which, as a human rights court will consider Russia’s territorial control over eastern Ukraine for the purposes of establishing the applicability of the European Convention of Human Rights, will not determine whether Russia is a party to the conflict. While the ICC will need to consider these foundational questions, there will be no definitive court decision for at least seven to ten years. The wheels of international criminal justice turn at a glacial pace.

These shortcomings underline the limited scope of Ukraine’s current lawfare initiatives. Meanwhile, despite the Ukrainian government’s adoption of legislation asserting that Crimea is occupied directly by the Russian Federation and Donbas is occupied through Russia’s control over the so-called separatist republics, these remain political assertions that are vulnerable to the ebb and flow of geopolitics. This vulnerability is exacerbated by the incompleteness of the factual and legal assessments required to establish the validity of these claims.

This unclear legal status has obvious and highly problematic consequences. The EU, the US, and multilateral organisations including the OSCE and the UN have all roundly condemned the illegal annexation of Crimea and Russia’s military support for armed groups in eastern Ukraine. However, they have also allowed the Kremlin to maneuver Russia into the role of “honest broker” in the international community’s attempts to end the war through the Normandy Format, the Trilateral Group, and the Minsk agreements.

These processes presume that Ukraine and the so-called separatist republics are the only parties to the conflict, with Russia a bystander concerned only with ending the war on equitable terms. Of course, this places everyone but the Kremlin in an impossible muddle. Instead of territory controlled by Russia, eastern Ukraine becomes “areas not controlled by the Government” or “territory controlled by armed groups”.  Rather than establishing clarity and truth, Russia is allowed to preen as a peacemaker and eastern Ukraine is condemned to the status of a twilight zone where fact and fiction collide.

Such constructive ambiguity, if that is not too generous a term, has not been entirely in vain. Indeed, it has served the purpose of drawing Russia into a variety of peace-building initiatives since 2014 that might not otherwise have been possible. Nonetheless, whether useful or not, international legal obligations should not be obscured by the euphemistic language of realpolitik. Ukraine must meet the Kremlin’s narrative of denials with a far more robust account of Russia’s role in the conflict.

In order to be effective, this robust account requires more than identifying whether Russia supports the armed groups in eastern Ukraine. That much is known already and cannot sensibly be denied. It requires collation of all the facts of Russia’s hybrid war in a comprehensive and holistic manner so that the applicable rights and responsibilities under international humanitarian law can be fully established.

The scale of such an undertaking should not be underestimated. To succeed, all Ukrainian state and non-state institutions, including government, academia, civil society, journalists, nongovernmental organizations, and the private sector must join forces to ensure the completion of an authoritative assessment of the most vital questions of international humanitarian law. If Russia is a party to an international armed conflict, then let that role be described in all its shabby, self-serving detail. Putin’s war in Ukraine may already be the world’s worst-kept secret, but the facts and the bright lines remain to be conclusively proven in terms of international law.

This is not a mere conflict classification process bereft of real purpose. It is history in the making. If successful, it could serve as the basis for a return to the rule of law and the beginning of a comprehensive reckoning of Russia’s ongoing responsibility for thousands of deaths and the millions of Ukrainian civilians whose lives have been thrown into turmoil by the war.

A definitive legal demonstration of Russian responsibility must form the bedrock of any strategy to end the war in Ukraine without being forced to accept the Kremlin’s demands or terms. As long as the truth of the conflict is mired in legal doubt, peace processes and peace itself will remain equally elusive.

Image: A Russian flag flutters at a barricade outside the Donetsk regional government building in spring 2014 during the early stages of Russian aggression in eastern Ukraine. Vladimir Putin's war in Ukraine remains one of the world's worst-kept secrets, but a failure to end the legal ambiguity shrouding Russia's role in the ongoing conflict makes progress towards peace impossible. REUTERS/Marko Djurica