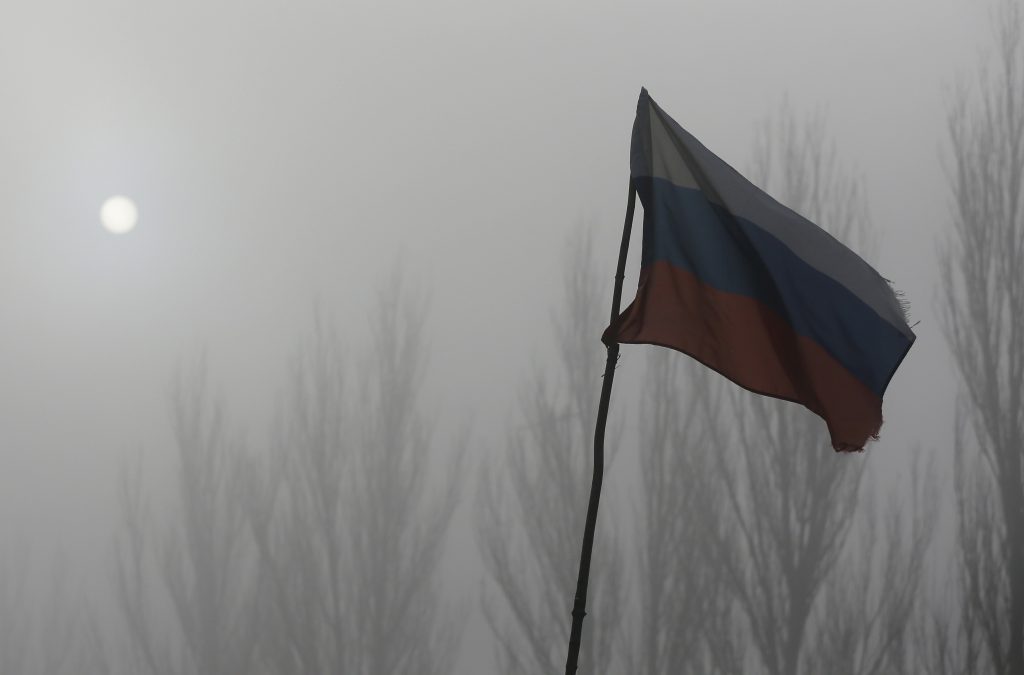 Since spring 2014, Russian President Vladimir Putin has been waging a hybrid war against Ukraine to prevent the country’s departure from the Kremlin orbit. This unconventional campaign involves military, economic, diplomatic, and informational components. Underpinning it all are Russia’s historic claims to much of present-day Ukraine. Putin makes little effort to disguise his contempt for Ukrainian statehood. Instead, he argues that Ukraine has always been part of Russia’s traditional heartlands and is destined to remain so, whether Ukrainians like it or not.

Throughout the past six years, Putin has repeatedly asserted that the Russian-occupied Donbas region in eastern Ukraine is an important element of Russia’s national inheritance. In a notorious April 2014 speech that followed the seizure of Crimea and signaled the next stage of the war against Ukraine, he claimed the Donbas had never actually been Ukrainian and was inexplicably handed over to Soviet Ukraine in 1920. “God knows why,” he commented. More recently, in December 2019, Putin used his annual press marathon to refer to the Donbas as “ancestral Russian lands that had never had anything to do with Ukraine”.

Putin’s selective reading of the past may suit his political objectives, but it does not stand up to closer scrutiny. In reality, the Ukrainian presence in the contested Donbas region of eastern Ukraine stretches back for centuries, while the area’s European roots make a mockery of Kremlin attempts to portray it as sacred Russian land.

Putin’s simplistic narrative conceals a far more complex picture. For centuries, the Donbas region in eastern Ukraine was part of the “Wild Fields”, a vast swathe of sparsely populated borderlands stretching across the Ukrainian steppe that separated the Slavic states to the north from the Crimean Khanate and Ottoman Empire to the south.

In the late sixteenth century, the rulers of the Polish-Lithuanian Commonwealth recognized the rights of the Ukrainian Cossacks to settle the Donbas up to the Don River. Further waves of settler migration came as a result of the Russian-Turkish wars in the eighteenth century, with Russian ruler Catherine the Great offering land grants to entice newcomers.

The majority of settlers were Ukrainians, but new arrivals also included large numbers of Russians, Romanians, Serbians, Hungarians, and Germans as well as ethnic Greeks from nearby Crimea. This helped to make the Donbas region one of the most cosmopolitan corners of the Russian Empire. Indeed, today’s Donbas is still home to a large Greek population centered around Mariupol.

The next major turning point in the development of the Donbas was the nineteenth century industrial revolution. With its rich mineral resources, the region emerged as an important European hub that attracted a new influx of opportunists and industrialists from across the continent. Many saw parallels between the explosive growth of the Donbas during this period and the westwards expansion taking place at the same time in North America, leading Russian author Alexander Blok to dub the region “New America.”

Many of the major cities in the Donbas owe their origins to the international industrial experts who brought their know-how to the region. The most famous example is that of Donetsk, which is now the largest city in the Donbas and the focal point of the Russian occupation. The founder of Donetsk was British metallurgy magnate John Hughes. He established the settlement that would become Donetsk in 1869. It was originally named Hughesovka in his honor.

Nor was Hughes the first British industrialist to make his mark on the Donbas. In 1795, his countryman Charles Gascoigne and German Gustav Hartmann had established two factories which later developed into the city of Luhansk, the capital of Russia’s other current separatist republic in eastern Ukraine.

These British and German industrial entrepreneurs operated in a highly cosmopolitan environment with considerable input from other Western European nations such as France, Italy, and Belgium. The Belgian presence was so prominent that the Donbas came to be seen as a major factor in the country’s economy. American industrialists were also present in Mariupol.

The explosion of international industry in the Donbas during the nineteenth century had a significant impact on the demographic makeup of the region. However, the Czarist census of 1897 presents a picture of a region that was still overwhelmingly populated by Ukrainians. This population survey was the only census ever conducted by the Russian imperial authorities, and the resulting data leaves Putin’s bold historical assertions in tatters.

According to the 1897 census, the Yekaterinoslav Governorate, which featured most of today’s Donbas region including both Donetsk and Luhansk, had a population of 2.1 million. The majority of this population, or 68.9 percent, were Ukrainian-speakers. Meanwhile, just 17.3 percent were Russians.

Similar patterns are evident at the local level. The Mariupol district’s 254,056 population was almost 50% Ukrainian, with significant German, Greek, Jewish and Tatar communities alongside a Russian presence numbering 35,691. In light of these figures, any attempts to dismiss Ukraine’s historic ties to the Donbas are nonsensical.

These facts remain largely unknown, both inside and outside of Ukraine. Awareness has slowly begun to improve in recent years thanks to renewed interest in the history of the region. Nevertheless, the cosmopolitan past of the Donbas is still completely overshadowed by flawed Russocentric narratives that fit the Kremlin’s geopolitical agenda.

How does a region known globally for conflict chart a new, constructive path forward? How can Ukraine convince foreign investors to invest in a war-torn region with dodgy courts?

While the Ukrainian roots and European character of the pre-Soviet Donbas are beyond question, the region would undergo profound changes in the decades following the Russian Revolution.

Many Ukrainians living in rural areas were victims of Stalin’s engineered 1930s famine, which killed millions and transformed the demographic landscape of the Donbas. Meanwhile, huge numbers of people from across the USSR flooded into the region from the 1920s onward to work in its many mines and industrial plants. For example, the population of Donetsk mushroomed from 106,000 in 1926 to 700,000 by the end of the 1950s.

The “Sovietization” of the Donbas was further aided by waves of Stalinist repression in the 1930s that disproportionately targeted non-Russian ethnic groups. As the numerically largest group, the Ukrainian population suffered most. The region’s Greek, German and Polish communities were also devastated. Ukrainian, Greek, German, and other European place names disappeared from the Donbas and were replaced by generic Soviet alternatives.

These efforts to erase the history of the Donbas proved remarkably successful. As a result, the region emerged in 1991 as a bastion of Russian-speaking Ukraine with a distinctly Soviet identity that reflected the diverse backgrounds of a population with family roots across the former USSR.

None of this made the current war in the Donbas inevitable. Independent Ukraine must accept some of the blame for failing to address the development of the Donbas and leaving the region mainly to the Party of Regions and other pro-Russian political forces. However, without Kremlin intervention, there is little to suggest that the region’s pro-Russian political sympathies would have culminated in armed struggle.

Russia’s hybrid war against Ukraine has skillfully exploited the demographic transformations of the twentieth century that turned a Ukrainian-majority, ethnically diverse region into a largely Russian-speaking area marked by a strong sense of Soviet nostalgia and pro-Kremlin sentiment. Putin has relied on widespread ignorance of Donbas history in order to claim it as part of the “Russian World”, but this ignores key aspects of the region’s complex development.

The true story of the Donbas indicates very clearly that it has deep European roots and strong ties to the Western world. Raising awareness of these ties could be a step towards countering Putin’s manipulations, undermining Russia’s hybrid war, and reintegrating the occupied territories with the rest of Ukraine.

Alvydas Medalinskas is a former Lithuanian MP. He is a political analyst at Mykolas Romeris University (Vilnius) and Deputy Chairman of the Mariupol-based Donbas Gates NGO.