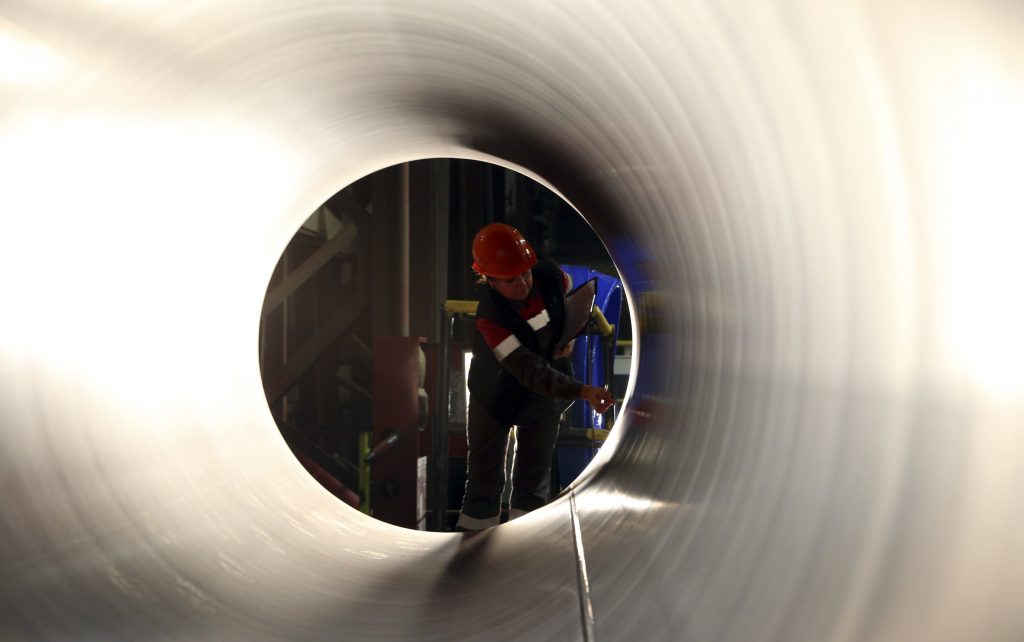 According to the EU’s Gas Directive, BNetzA has four months from the receipt of a complete application to prepare a draft decision. Concurrently, the German Federal Ministry for Economic Affairs and Energy has three months to provide its assessment to BNetzA on the impact of the NS2 pipeline on the security of supply to the market.

A market assessment by the Ministry is expected by 8 December. Once BNetzA has reached a draft decision, the European Commission has from two to four months to review it and provide its opinion to the German regulator before the latter makes a final decision. In sum, the NS2 certification process can take from six to eight months to complete, giving a likely end date of spring 2022.

Despite these clear regulatory procedures, Gazprom’s NS2AG has been engaging in heavy-handed pressure tactics for the past two years in an attempt to circumvent the legal certification process. This campaign has included four court claims: one in the Dusseldorf High Land Court, two claims in the EU Court of Justice, and one in the International Court of Justice in The Hague. All have been filed by NS2AG seeking exemption from the European Union’s Gas Directive rules.

On October 5, five European Parliament rapporteurs who managed the 2019 amended Gas Directive sent a letter expressing deep concern to European Energy Commissioner Kadri Simsom over what they see as “efforts by Nord Stream AG to seek annulment of the amended Gas Directive before the Court of Justice of the European Union and to question it on the basis of the Energy Charter Treaty.”

Russia has not limited itself to seeking certification exemptions. Moscow has also begun manipulating European gas market supplies in a bid to create a perfect storm intended to intensify consumer pressure on European governments, and Germany in particular, to speed up the pipeline certification process.

During summer 2021, Gazprom diverted gas exports from Europe and simultaneously depleted gas in storage facilities throughout the continent owned by the Russian energy company. At home, Gazprom stockpiled gas in domestic storage and limited export to Europe through traditional pipelines, thereby driving up gas prices to historic levels.

Just last week, President Putin turned up the propaganda war on Europe by lambasting EU gas market regulators and declaring his readiness to unblock the flow of Russian gas to Europe once Nord Stream 2 is certified by the German authorities. He also undercut the reliability of Ukraine’s gas transmission system and suggested it might endure an upcoming technical accident. Fortunately for European market players, Ukraine’s gas pipeline has delivered consistently for more than thirty years.

Ukraine now wishes to have its say in the certification process. The amended European Gas Directive as implemented in German industry law provides gas market players an opportunity to present their cases to BNetzA in the certification process of NS2, if it admits them. The logic being that a regulatory decision should be made inclusive of all major market players and in the spirit of competitive market conditions.

On September 21, BNetzA granted leave to intervene in the certification process to Poland’s Polskie Gornictwo Naftowe I Gazownictwo S.A. (PGNiG) and PGNiG Supply & Trading Gmbh (PST), both of whom will be affected by the increased dominance of Gazprom if NS2 is certified.

The Poles argued that they were seeking to ensure the owner of Nord Stream 2 does not avoid the application of EU regulations governing ownership unbundling requirements, third party access, and transparent tariffs. “We will prove consistently that Nord Stream 2 AG does not meet the formal and substantive requirements for the operator of the pipeline, in particular those relating to security of supply and the corporate structure of the company,” said Pawel Majewski, President of the Management Board of PGNiG SA.

On October 15, Ukraine’s Naftogaz Group also filed a request with the German regulator to participate in the process of certifying NS2. As a major player in the European gas market, Naftogaz imports, transits, stores, and markets natural gas and has a vested commercial interest in sustaining a fair and transparent European gas market.

Naftogaz CEO Yuriy Vitrenko has been clear that he regards the Russian pipeline as in breach of EU regulations. “NS2 is designed to increase Europe’s reliance on Russian gas, weaken European energy security, and reduce competition in the gas market. German and European institutions have to determine if Russia will be allowed to push its agenda to the detriment of European business and consumers, or will it be obligated to operate within the rule of law that applies to everyone,” said Vitrenko.

On October 20, Ukraine’s Gas Transmission System Operator (UGTSO) submitted a parallel request to BNetzA to take part in NS2 certification. It positioned this application as being “strongly opposed to this geopolitically dangerous project that threatens the national security of Ukraine, erodes European energy architecture, and seeks to circumvent EU regulations.” A BNetzA decision regarding both Ukrainian applicants is still pending with a resolution expected in the coming weeks.

As the bureaucratic pipeline certification process runs its course into 2022, the outcome looks set to define the future energy balance in Europe. The EU’s Gas Directive sets out clear rules for all market players but Moscow will push hard to avoid any restrictions. As the major benefactor from the new Russian pipeline, Germany must strike a balance between upholding EU rules and accommodating powerful business interests backed by Russia.

All this is taking place as the Kremlin continues to spare nothing in its battle to undermine the EU and the Euro-Atlantic rules-based order. The evolving struggle over Nord Stream 2 certification will test Berlin’s commitment to European solidarity. Germany’s choice will demonstrate whether its historic inclination to appease Russia is a vestige of the past or an integral part of Europe’s future.

Myron Wasylyk is an advisor to the CEO of Naftogaz Group.

Recent developments in Moldova and the EU leave little doubt that Vladimir Putin is intent on using energy supplies as a geopolitical weapon and demonstrate the urgent need to diversify away from reliance on Russia.

Image: Ukraine's Naftogaz has applied to the German authorities to participate in the certification process of Vladimir Putin's Nord Stream 2 pipeline, which is viewed in Kyiv as a geopolitical weapon aimed at Ukrainian statehood. (REUTERS/Sergei Karpukhin)