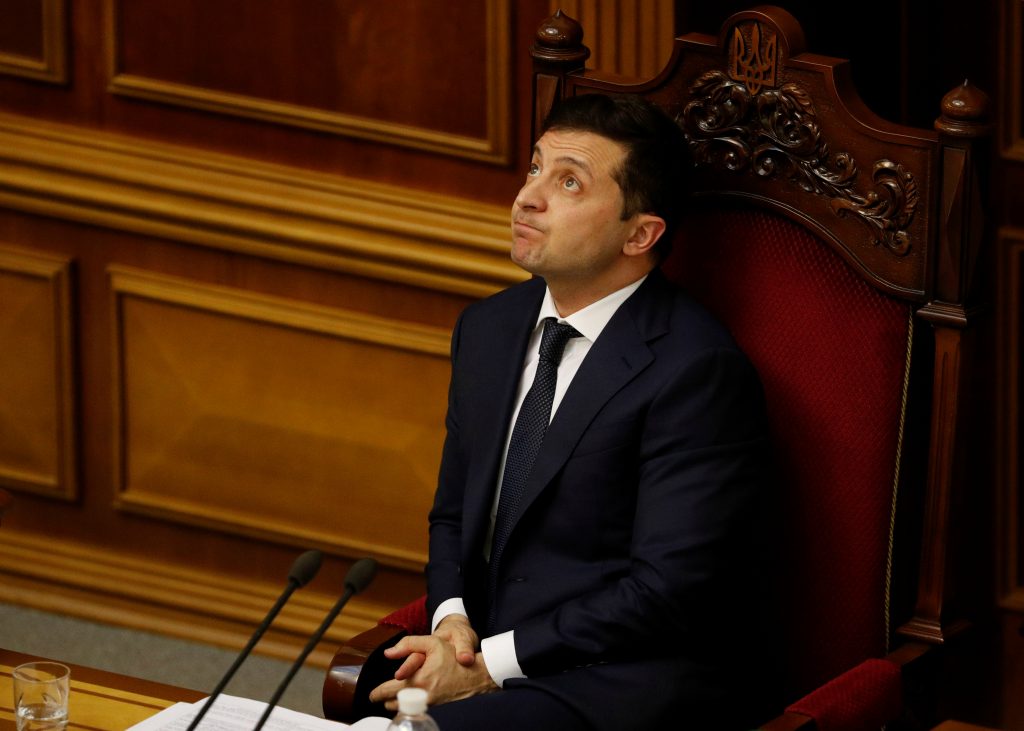 Ukraine is having a bad month, and it only seems to be getting worse.

Ukraine’s parliament named Iryna Venedyktova prosecutor general today. The appointment isn’t a surprise, but it sends an important signal, especially after the largely excellent government was sacked earlier this month.

Venedyktova, who was the acting chief of the State Bureau of Investigations before her new appointment, is exactly the wrong person for the job.

Why? Because of the company she keeps. At the State Bureau of Investigations, she appointed Viktor Yanukovych’s former defense attorney as her first deputy and made a series of other questionable appointments. The Kyiv Post says that she’s considering making another dubious person deputy prosecutor general.

In another telling move, Venedyktova didn’t make the cut for the Supreme Court after Ukraine tightened its selection process. She failed the first part of the exam – the legal knowledge section. All of the Kyiv-based attorneys I spoke with on background said she wasn’t a capable attorney, even though she was a law professor at Kharkiv Karazin University.

Plus, she’s never been a prosecutor. (Although she is an attorney, unlike Yuriy Lutsenko, who held the post from 2016-2019.)

Big changes in Kyiv: What do they mean?

On March 4, President Volodymyr Zelenskyy removed the prime minister and a majority of the reform-minded ministers in the government. Reaction has been swift and negative, but what do the changes actually mean?

She is also a political appointee. She was the third candidate on the Servant of the People party list for the 2019 parliamentary elections, and one of the faces of the party’s campaign. If one takes Ukraine’s laws seriously, her appointment violates article 3, section 6 of Ukraine’s law on prosecutors, which states that the top consideration for a prosecutor is political neutrality.

Olena Halushka with the Anti-Corruption Action Center captures my concerns, and the concerns of reformers in and out of government, better than I can: “[T]here are big doubts regarding her independence as the prosecutor general and the future of the reform, launched by [Ruslan] Riaboshapka.”

Riaboshapka preceded Venedyktova in the role, and he was widely regarded as independent. He was instrumental in drafting the important anti-corruption legislation that Ukraine’s parliament passed after the Euromaidan in 2014, and which set up new institutions to detect and fight corruption.

Most Kyiv insiders say that Riaboshapka was sacked because he wouldn’t approve politically motivated charges against former President Petro Poroshenko, who is now a lawmaker. If true, the warning lights should be flashing bright red. The position of prosecutor general is one of the top five positions in the country. If the new top prosecutor is willing to countenance dodgy charges against Poroshenko, an individual anyone familiar with my column knows I am not inclined to defend, then Ukraine may be in for a very rough four years.

Melinda Haring is the deputy director of the Atlantic Council’s Eurasia Center and a senior fellow at the Foreign Policy Research Institute. She tweets @melindaharing.