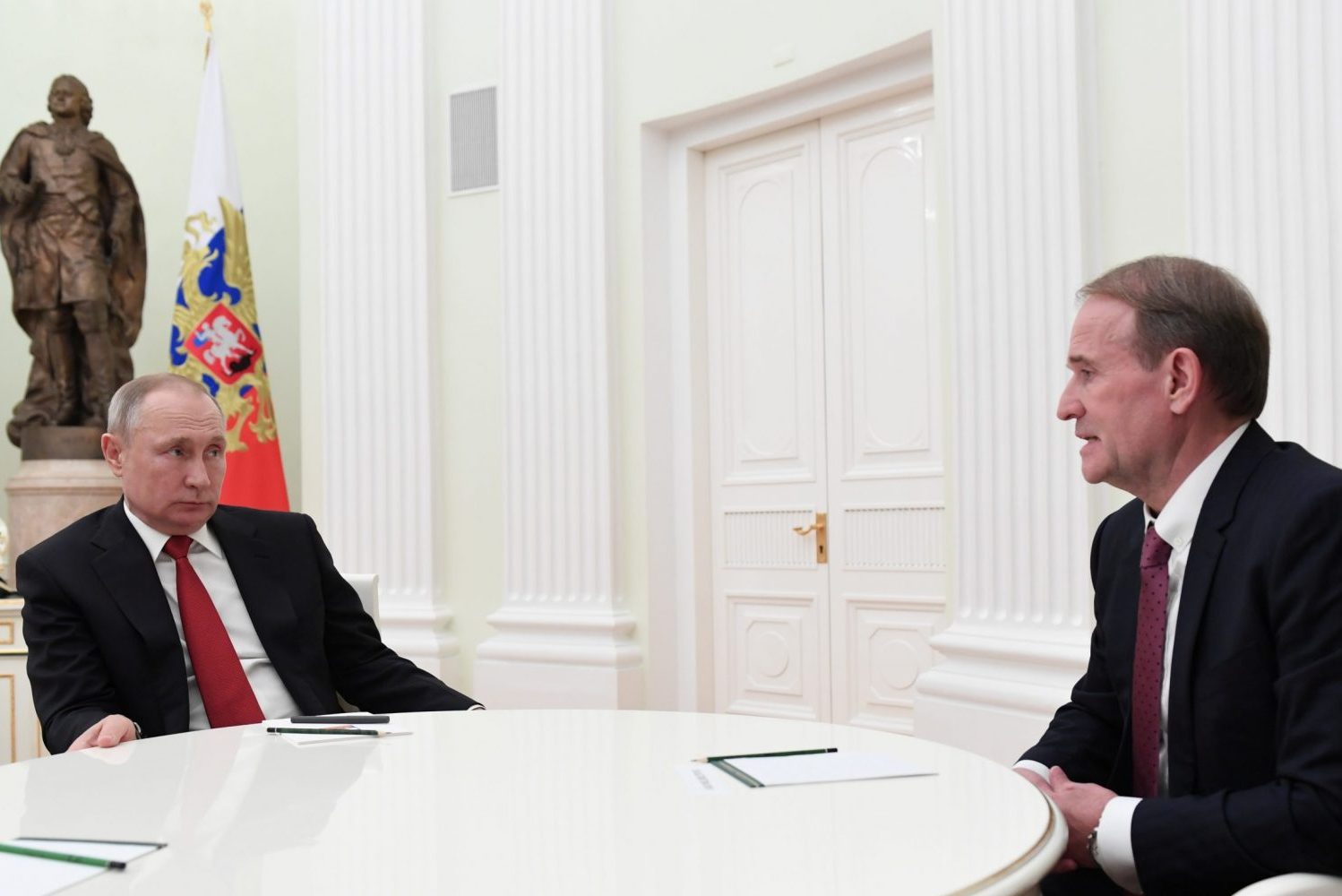 Most Ukrainians are currently focusing their attention almost exclusively on the unique challenges posed by the coronavirus pandemic. This is entirely understandable, but the undeclared and ongoing war with Russia remains an arguably greater threat to the country’s future well-being. A number of developments in recent days have raised questions over Ukrainian President Volodymyr Zelenskyy’s approach to ending the war, while also highlighting the risks posed by Ukraine’s diminished but still significant pro-Kremlin contingent.

During his 2019 election campaign, President Zelenskyy made peace in eastern Ukraine his top priority. Events of the past few weeks have succeeded in fueling concerns over quite how he intends to make good on that campaign promise. Alarm bells first began to ring when newly appointed Ukrainian Prime Minister Denys Shmyhal voiced his support for renewing water supplies to Russian-occupied Crimea. This was followed by statements from senior Zelenskyy administration official Serhiy Syvokho, who currently holds the post of adviser to the secretary of the National Security and Defense Council, that appeared to define the war in the east as an internal Ukrainian conflict. The situation deteriorated further towards the end of last week as news filtered through from Minsk that the Zelenskyy administration was preparing to deal directly with Moscow’s puppet enclaves in eastern Ukraine, although this was subsequently denied.

While most debate revolved around these troubling developments, there was another event last week with even more serious domestic and external implications which should not go unnoticed. On March 10, Ukrainian lawmaker Viktor Medvedchuk led a delegation of Ukrainian parliamentarians from his Opposition Platform – For Life party on a visit to Moscow, where it was received by Russian President Vladimir Putin and Duma Chairman Vyacheslav Volodin.

Ostensibly, the purpose of the visit was to endorse an initiative from Medvedchuk’s pro-Russian party to promote the establishment of an inter-parliamentary union of deputies from Ukraine, Russia, Germany and France to “assist the respective heads of states (of the four Normandy Format countries) in the peaceful settlement of the conflict in eastern Ukraine.” Reading between the lines, there is little doubt that the objective of the initiative is to engage pro-Russian deputies in Germany and France, and perhaps elsewhere, alongside their Ukrainian colleagues in order to support Moscow’s line and increase the pressure on Kyiv to accept peace on Russian terms.

Medvedchuk is not merely a pro-Russian politician. He is regarded as Putin’s closest remaining ally in Ukrainian politics and makes no secret of his warm personal ties with the Russian leader. Indeed, Putin is the godfather of Medvedchuk’s child, underlining the closeness of the relationship. He is also a long-serving veteran of Ukrainian politics, having first cut his teeth during the 1990s before rising to national prominence as President Kuchma’s chief of staff in the early 2000s.

Following the 2014 Revolution of Dignity, Medvedchuk staged an unlikely comeback to the front ranks of Ukrainian affairs, leading to considerable criticism of President Poroshenko for his alleged political and business dealings with the Moscow-linked politician. Under Poroshenko, Medvedchuk was able to consolidate his status as Ukraine’s most vocal advocate of a return to the Russian orbit. This included a dominant position in the Opposition Platform – For Life party, along with the reported acquisition of controlling interests in a number of Ukrainian TV channels and media outlets.

Medvedchuk’s comeback was confirmed in Ukraine’s July 2019 parliamentary elections, which saw his party finish second nationwide to President Zelenskyy’s Servant of the People party with 13 percent of the vote. Given his reputation as the leader of Putin’s fifth column in Ukraine, Medvedchuk’s readiness to garner support among European parliamentarians for a new Kremlin “peace offensive” against Kyiv cannot simply be left unanswered.

This poses difficult questions about the limits of democracy. All democracies must be able to defend themselves and have the right to do so, especially against external aggressors and their internal auxiliaries. This principle is often described as defensive democracy, meaning that members of a democratic society recognize the need to limit some rights and freedoms in order to protect the institutions of their democracy. This philosophy found favor during the post-WWII era in a number of front line democracies ranging from South Korea to Israel. Few would describe Ukraine’s current position as any less perilous.

The gravity of the situation makes Ukraine’s failure to react to Medvedchuk’s activities even more inexplicable. What lies behind this passivity and tolerance towards seemingly treasonable activity? Is it simply ignorance of the standards applied elsewhere, or could it be something more sinister? In a society as prone to conspiratorial thinking as today’s Ukraine, this failure to act inevitably leads to speculation about deals made behind the scenes and arrangements kept from the public.

President Zelenskyy’s silence on Medvedchuk’s Moscow visit is particularly alarming, as is that of Ukrainian Parliamentary Chairman Dmytro Razumkov. Ukrainian legislation passed in 2018 recognizes Russia as an aggressor country and acknowledges the so-called people’s republics in eastern Ukraine as being under Russian occupation. While specific procedures to restrict engagement with Russian officials are currently lacking, why has Razumkov not publicly censured Medvedchuk and other MPs for the obvious impropriety of their conduct?

The Zelenskyy administration cannot afford to turn a blind eye to the activities of Medvedchuk and his partners. Given the broader security implications, nor can the European Union or Ukraine’s other international partners. Ukraine is currently imposing tough measures to prevent the spread of coronavirus in the country, but a similarly robust stance is also urgently required to combat the Kremlin threat. President Zelenskyy’s reputation as a defender of Ukraine’s national interests is at stake, along with the country’s credibility as a partner for the democratic world.