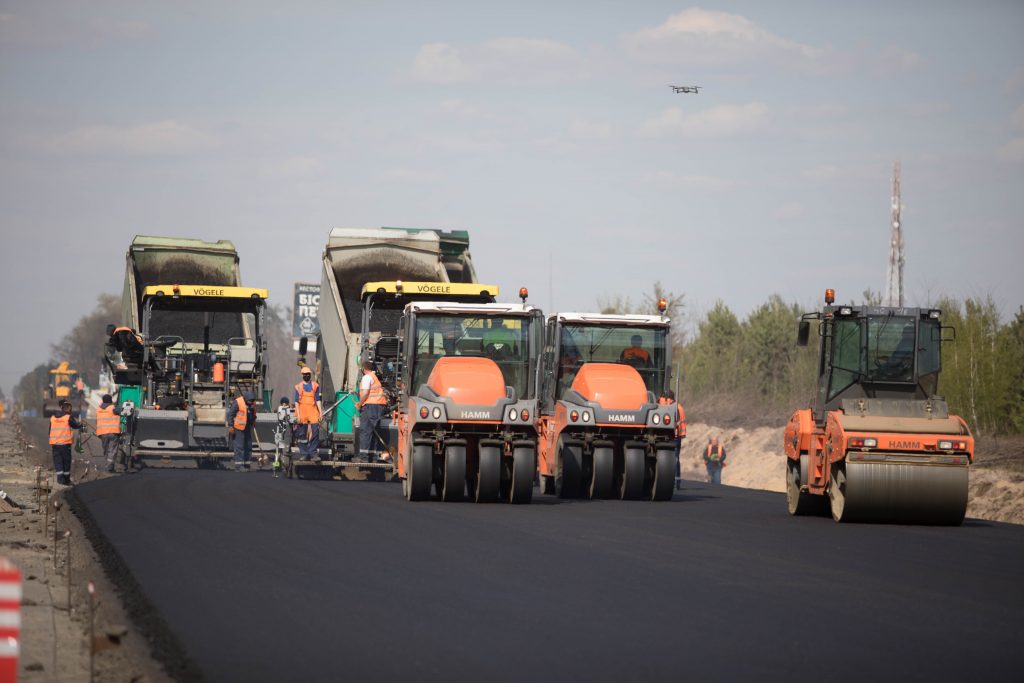 The coronavirus crisis is creating huge challenges for the global economy and Ukraine is no exception. Nevertheless, the most ambitious construction undertaking in independent Ukraine’s history remains very much on track. Dubbed the Great Construction program, this President Zelenskyy initiative aims to completely transform Ukraine’s road transport infrastructure over the next three to four years. Plans envisage repaving 24,000 kilometers of major highways, representing around half of Ukraine’s road network. If successful, it will create hundreds of thousands of jobs, energize the Ukrainian economy, and bring the entire country closer together.

At Ukraine’s State Road Agency Ukravtodor, we plan to complete the repaving of the first 4000 kilometers of roads by the end of 2020. Ukravtodor oversees the construction and repair of major national highways, leaving smaller regional roads to be funded from oblast and local budgets. Originally a relic of the Soviet-era centrally planned economy, Ukravtodor’s role at the heart of the Big Construction program is a major test of the agency’s recent evolution and ability to operate efficiently.

Previous attempts at rebuilding Ukraine’s road network have proven lackluster at best, and have often been marred by corruption and inefficiency. A few years ago, approximately 95% of Ukraine’s roads were deemed unsatisfactory. Many sections had not undergone any repairs since the 1990s.

In 2018, the government established a dedicated national fund for road construction, accumulating excise taxes from fuel and vehicle sales. This year, Ukraine has attracted USD 3.7 billion to financing road rebuilding works, including USD 163 million in foreign investment. An unprecedented 10% of the national budget has been allocated to fund all aspects of the Great Construction program. The international support behind the program is an important sign of trust from the international business community and a strong indication that things in Ukraine are changing for the better.

As Ukraine looks to transform the country’s highways, one key source of inspiration is US President Dwight Eisenhower’s Interstate Highway System, which was launched in 1956 and went on to have a huge impact on the economic and social development of the United States. By committing to large-scale infrastructure changes, the Ukrainian government is aiming for similarly far-reaching results. Anticipated benefits include intensified economic interaction between Ukrainian regions, greater industrial development, improved tourism infrastructure, and the rise of large-scale suburbanization across the country.

Some key elements of Ukraine’s infrastructure upgrade are already underway. Highway H-31, which runs down the center of the country connecting the capital city Kyiv with major industrial hub Dnipro, will be the first concrete highway in independent Ukraine and one of the few concrete roads in the country.

Meanwhile, work has begun on completing the unfinished construction of a key bridge across the Dnipro River at Zaporizhia. This bridge is the highest in Ukraine and already qualifies as one of the most expensive in the world, having absorbed USD 400 million during an infamous twenty-year construction process. Once seen by many as a monument to corruption, the bridge is now on track to becoming a landmark of reform.

Across Ukraine, work on Great Construction sites is moving forward at full throttle, unimpeded by the nationwide quarantine measures imposed to combat the spread of the coronavirus pandemic. Anti-coronavirus restrictions do not apply to major road construction projects as they are deemed crucial to Ukraine’s economic development.

Nevertheless, Ukravtodor has introduced a series of stringent coronavirus-related safety requirements for its contractors. Wherever possible, personnel working on Great Construction projects have been divided into autonomous teams and instructed to maintain minimal contact with each other. Teams reside in separate zones and observe strict sanitary requirements, including daily disinfection routines and restrictions on leaving their designated residential and construction areas.

This balance is the optimal approach for Ukraine. We recognize that human lives take priority over all other considerations. At the same time, the Great Construction program is the perfect opportunity for Ukraine to provide the coronavirus-weakened national economy with a much-needed boost. Judging by the experience of other countries, investing in large-scale road construction pays off. The pandemic will pass, but Ukraine’s renovated roads will remain.

This major road network upgrade will connect Ukraine’s many oblasts, potentially bringing them closer together economically, politically and culturally. It has a potentially vital role to play in the country’s future development and will allow Ukraine to finally capitalize on the considerable untapped potential of regional cooperation.

The present dire condition of Ukraine’s regional highway networks means that in practice, some areas have better connections to neighboring Russia and to the regions in eastern Ukraine currently occupied by forces controlled and financed by the Kremlin. Renovated roads will bring all of Ukraine’s regions together, facilitating a whole new era in local and national travel.

This year, Ukravtodor will repave a series of key roads connecting the occupied territories in eastern Ukraine with adjacent areas under government control, while also upgrading road connections to the rest of the country. Work has already been completed on the renovation of the H-08 highway between Zaporizhia and front line port city Mariupol in eastern Ukraine. This redeveloped highway now links the strategically important Azov Sea port city with the rest of the country.

The Mariupol highway is just the beginning. During the second half of 2020 and beyond, the ongoing renovation of major roads near to the conflict zone will improve quality of life in the most vulnerable oblasts of Ukraine. This will convey a powerful message of success and economic opportunities to Ukrainians who currently find themselves living in the occupied parts of eastern Ukraine.

Image: Ukraine's ambitious "Great Construction" program, which aims to transform the country's road transport infrastructure over the next 3-4 years, is proceeding despite coronavirus pandemic containment measures in the country. (Courtesy photo: Ukravtodor)