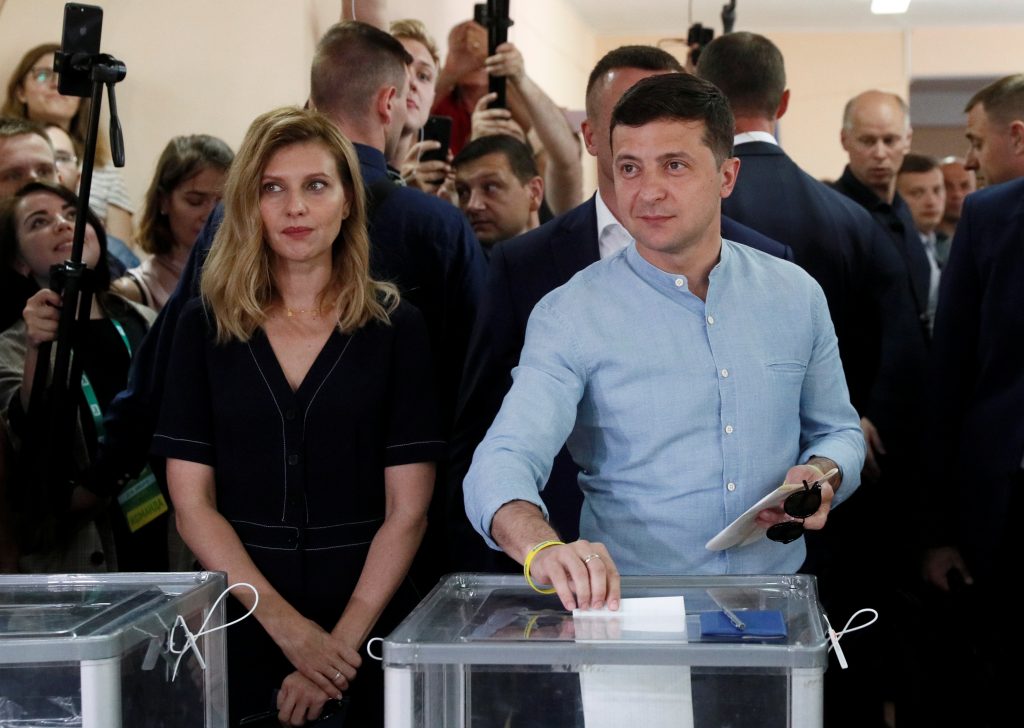 There are signs that life is slowly getting back to normal in Ukraine following more than two months of coronavirus lockdown. Public transport is running again, city streets are noticeably busier, and restaurant summer terraces are packed. At this stage, Ukraine’s response to the pandemic looks to have been relatively successful. As of May 26, the country had recorded around 650 deaths, significantly fewer than elsewhere in the region and well below European averages.

As the rhythm of life returns to the country, political attention is slowly turning towards local elections scheduled to take place across Ukraine in October. The vote is an opportunity for President Zelenskyy to complete a hat trick of remarkable ballot box successes following his unprecedented triumphs in Ukraine’s 2019 presidential and parliamentary elections. It may also provide local elites with a chance to push back against the growing dominance of Zelenskyy’s Servant of the People party.

The coronavirus crisis has exposed evidence of some underlying tensions between regional officials and central government in Kyiv. Kharkiv Mayor Hennadiy Kernes was the first dissenter when he initially opposed government plans to shut down the city’s underground metro system in mid-March.

The most high-profile coronavirus-related confrontation has been between President Zelenskyy and Cherkasy Mayor Anatoliy Bondarenko, who defied the Ukrainian leader’s nationwide lockdown by allowing shops and restaurants to reopen in the central Ukrainian city in early May. Bondarenko’s move garnered significant attention and provoked a response from Zelenskyy himself, who accused the mayor of seeking to boost his popularity at the expense of people’s lives. The regional official hit back with a defiant video message in which he invoked Ukrainian martial traditions of resistance to oppression and declared: “Cherkasy will resist. Cherkasy is a free Cossack city.”

This war of words seems to have stung Zelenskyy, who branded Bondarenko a “bandit” during a May 20 press event in Kyiv to mark the first anniversary of his presidency. Meanwhile, a number of criminal charges have been filed against the mayor.

While Bondarenko’s stance proved unpopular in Kyiv, he received support from a number of fellow regional officials elsewhere in the country. The mayor of western Ukrainian city Ivano-Frankivsk, Ruslan Martsinkiv, endorsed the Cherkasy mayor’s decision to unilaterally lift coronavirus lockdown measures. “It seems they want to destroy local self-governance by opening criminal cases against mayors,” he commented in a supportive social media post.

Lviv Mayor Andriy Sadoviy also came out in support of his colleague, calling for greater autonomy for individual municipal authorities and demanding an end to criminal proceedings against Bondarenko. Meanwhile, Dnipro Mayor Boris Filatov said the incident underlined the need for greater dialogue between Kyiv and local authorities.

This lockdown row brought the role of Ukraine’s elected municipal officials into focus as the country prepares for local elections in October 2020. The importance of local officials has been significantly enhanced in recent years thanks to decentralization reforms begun in 2014. This ongoing process is designed to strengthen local self-governance by giving cities, districts and regions a greater portion of locally raised budget contributions and allowing more leeway in the management of local budgets.

Many see decentralization as one of the most successful reforms implemented following Ukraine’s 2013-14 Revolution of Dignity. Supporters regard it as a step towards greater grassroots democracy. However, it also creates the potential for further confrontations between central government in Kyiv and empowered local elites, while considerably raising the stakes in local elections.

The coming vote will be the first chance for Ukrainians to express themselves at the ballot box since Zelenskyy and his Servant of the People party swept to power last year with a remarkable sequence of election victories. While Zelenskyy’s landslide win in the April 2019 presidential vote was undeniably stunning, securing Ukraine’s first ever one-party majority in the country’s subsequent July 2019 parliamentary election was arguably an even greater achievement.

Things have been somewhat less spectacular since those twin triumphs. Early reform momentum has given way to a degree of cynicism following Zelenskyy’s spring 2020 decision to dismiss a number of prominent reformers and appoint numerous figures with ties to discredited former administrations. In parliament, Zelenskyy’s one-party majority has suffered from internal divisions, with a series of key votes in spring 2020 dependent on outside support from other parties.

Despite these setbacks, Zelenskyy remains extremely popular with voters. One recent survey conducted on the eve of his one-year anniversary as president identified Zelenskyy as easily the most trusted politician in the country with 57% of Ukrainians backing him. Such high numbers are unprecedented in Ukrainian politics, where it is much more common for political figures to experience plummeting ratings once they take office.

However, the same poll registered support for his Servant of the People party at 34%, which is almost 10% down on the 43% secured in last year’s parliamentary election. There is a certain logic to this decline. Disunity within the party has undermined its credibility among the electorate, while there was also considerable public anger over claims that a prominent Servant of the People MP was able to keep his exclusive Kyiv restaurant open in breach of quarantine regulations.

It will be interesting to see how this growing gap between Zelenskyy’s personal rating and support for his political party develops in the run-up to October’s local elections. If the party’s popularity looks to be sliding further, local elites will be less inclined to align themselves with Zelenskyy, despite the Ukrainian president’s impressive record as a vote winner.

As the campaign unfolds in the coming months, much will likely depend on the fallout from the coronavirus crisis. While the medical emergency now appears to be receding, Ukrainian businesses will be counting the cost of the lockdown for some time to come. With the economic impact expected to be severe, the coming vote could become a referendum on Zelenskyy’s handling of the crisis. For his political opponents, it will be the first big opportunity to bring the president and his party back down to earth following the sensational successes of 2019.

Volodymyr Zelenskyy won the Ukrainian presidency with a campaign that positioned him as an everyman alternative to the country’s discredited political elite, but a lack of media engagement now risks undermining his democratic credentials.