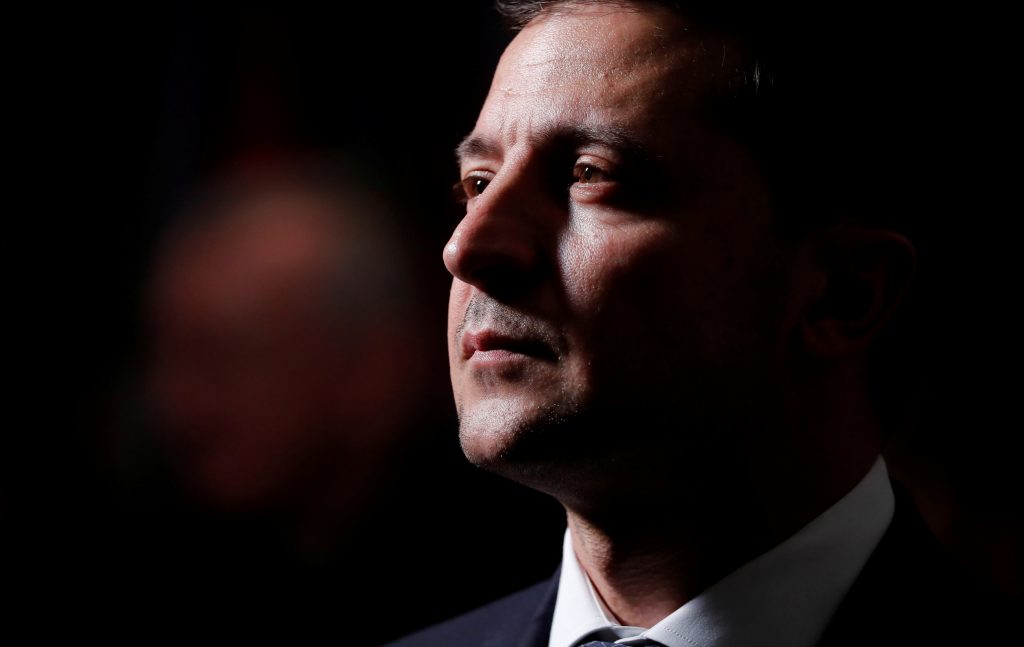 There were high hopes for Ukraine’s prospects to develop into a successful, democratic and economically prosperous state when the Soviet Union collapsed in 1991. Unfortunately, the country has experienced a series of false starts and missed opportunities over the past three decades. Volodymyr Zelenskyy became independent Ukraine’s sixth president on May 20, 2019, bringing renewed hopes for dramatic change that would enable Ukraine to realize its full potential, despite the conflict with Russia.

One year later, however, it is not clear whether his presidency will prove transformational or just another false start.

Ukraine had many attributes for success when it regained independence in 1991, including an educated work force, some of the best agricultural land on the planet, key industries, and proximity to a reforming Central Europe. It has failed to realize that success.

To be sure, democracy in the form of free, fair and competitive elections has taken hold. But reform has lagged in other areas. In 1994, President Leonid Kuchma launched a burst of economic reform, but it faded within a year. In 2000, Kuchma’s appointment of Viktor Yushchenko as prime minister raised reform expectations, but the presidential administration began undercutting Yushchenko in the summer, and he was out in 2001.

Following the 2004 Orange Revolution, Yushchenko became president and twice appointed Yuliya Tymoshenko as prime minister. She had proven the most effective minister in Yushchenko’s cabinet in 2000. However, the two never got on the same track, and Ukraine missed another opportunity.

After the 2013-14 Revolution of Dignity, President Petro Poroshenko posted a good reform record for the first two years of his presidency, but the pace fell off dramatically in 2016. His failure to deal with corruption and get the economy going resulted in his electoral rout in 2019.

Zelenskyy, a political novice, won the April 2019 run-off election with 73 percent of the vote. He took office promising the real fight against corruption that so many Ukrainians wanted. In July 2019, his political party, Servant of the People, won a majority of seats in the Ukrainian parliament. This was the first time any Ukrainian president’s party had commanded a clear majority without the need for coalition partners.

In what was termed a “turbo regime,” parliament began churning out legislation last fall, including an end to immunity for parliamentary deputies and a law laying out a mechanism for presidential impeachment. Not all was great. Critics asserted that some laws were ill-prepared in the rush. Meanwhile, factions began to develop within the Servant of the People party that would soon undercut its majority.

A full year after Zelenskyy became president, the picture is mixed. On the plus side, Zelenskyy personally appears honest and has not profited from his office, something that cannot be said about his predecessors. The nature of his relationship with oligarch Ihor Kolomoiskiy, who owns the television channel that broadcast Zelenskyy’s comedy show, posed a major question mark last summer. Zelenskyy now seems to have answered that by breaking dramatically with Kolomoiskiy over newly-passed banking legislation.

On May 13, the Ukrainian parliament approved banking legislation which will block nationalized banks from being returned to former owners. Referred to as the “Anti-Kolomoiskiy Law,” it should frustrate the oligarch’s bid to regain control over (or compensation for) Privatbank, nationalized in 2016 after an audit revealed some $5.5 billion in missing monies. This vote came weeks after MPs passed an agricultural land reform law that will allow Ukrainians to buy farmland, ending a two decades-long moratorium on such sales.

While both laws constitute victories for Ukraine’s reform agenda, getting them through the country’s parliament took longer and proved more difficult than initially anticipated. In the end, defections within Zelenskyy’s own party meant that the Servant of the People faction could not deliver a majority by itself. Instead, the legislation needed supporting votes from two other parties.

The International Monetary Fund had made these two pieces of legislation conditions for a new program of low interest credits for Ukraine. With COVID19 sweeping into the country and playing havoc with the Ukrainian economy, Kyiv’s need for IMF credits seemed a key motivating factor for their passage. (One would like to think that Zelenskyy and his MPs would have backed these laws in any case; too many of Ukraine’s reforms over the past 25 years have come about because of the need for an IMF program and credits.)

Other actions in spring 2020 have raised questions about Zelenskyy’s commitment to reform. He fired Honcharuk and reshuffled much of the cabinet in early March, just six months after the initial appointment of the government. Ryaboshapka stepped down after a parliamentary vote of no confidence and was replaced by a Zelenskyy friend with no prosecutorial experience, raising concerns about the politicization of the prosecutor general’s office.

The new cabinet lacks the reform credentials of its predecessor, and members of the old guard have returned to positions of power. The cabinet has yet to make clear whether and how hard it will press for change.

Other reform efforts have languished. Security sector reform, which has long been called for by both Ukrainian reformers and the country’s friends in the West, has gone nowhere. The leadership of the Security Service of Ukraine appointed by Zelenskyy sees no reason for change. Little has been done with the judicial branch, where corrupt judges have a reputation for selling decisions.

Recently, developments have taken a potentially more ominous turn. As reported by Melinda Haring and Victor Tregubov, dismissed reformers have found themselves under investigation. Ryaboshapka, who reportedly lost favor with Zelenskyy’s team for not prosecuting Poroshenko, now faces criminal proceedings on unspecified charges. Maksym Nefyodov, a reformer who was fired as head of the Customs Service in April, faces a pretrial investigation. Serhiy Verlanov, dismissed as head of the Tax Service, had his apartment searched by security officials. And Artem Sytnyk, head of the National Anti-Corruption Bureau, is under attack from other government law enforcement agencies.

After just one year in office, it is too early to deliver any definitive judgments on the Zelenskyy presidency. He can still become a transformational figure, but he will have to do better. Zelenskyy should now ask himself: how many chances can Ukraine afford to pass up?

If Zelenskyy, like many of his predecessors, adopts reforms merely to meet IMF conditions, he will miss the opportunity to unleash the country’s economic potential. Investors who could help boost growth will continue to sit on the sidelines waiting for real change, as they have largely done for the past 25 years.

Investigations targeting dismissed reformers will not go down well in the West (reference former Ukrainian president Victor Yanukovych’s bogus trial and jailing of his political rival Yulia Tymoshenko). This, along with any perception of a lack of reform commitment, could help feed a sense of Ukraine fatigue in Europe, just as countries such as Hungary and Italy seek a return to business as usual with Moscow.

Zelenskyy should consider how the approval ratings of his predecessors Yushchenko and Poroshenko plummeted when they failed to meet the reform expectations that brought them to the presidency. He still has time to justify the high hopes generated in spring 2019. If, however, his election turns out to be just another false start, he will most likely become another one-term Ukrainian president.

Steven Pifer is a William Perry Research Fellow at Stanford’s Center for International Security and Cooperation and a former US ambassador to Ukraine.

There are other troubling signs on the horizon. Reformers in Kyiv worry that a revanche is underway and civil service, medical, anti-corruption, and fiscal reforms are all under attack.

Zelenskyy fails to deliver on promise of a new beginning

Volodymyr Zelenskyy won the Ukrainian presidency in spring 2019 as a political outsider promising an end to decades of corrupt government. One year on, Ukrainians are still waiting for evidence of this fight against corruption.

Image: Former TV comic Volodymyr Zelenskyy shocked the world when he was elected president of Ukraine in spring 2019. During the first year of his presidency, Zelenskyy has struggled to live up to his billing as a new kind of politician capable of transforming Ukraine. (Photo: REUTERS/Jonathan Ernst)