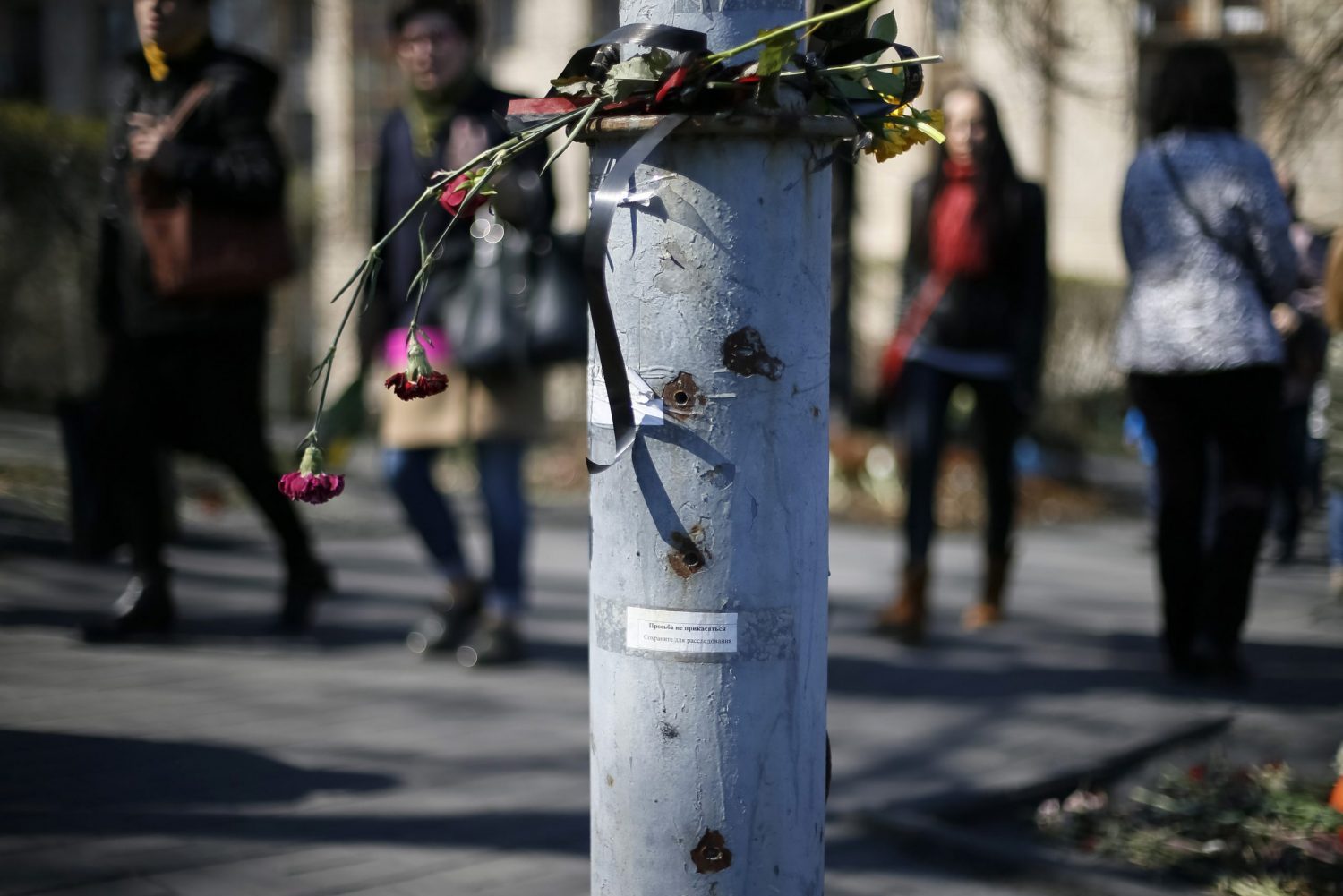 Imagine a European capital city where dozens of unarmed protesters are shot down in broad daylight. Now imagine that six years later, those responsible for the slaughter have still not been brought to justice. Inconceivable? Incredibly, this is precisely the situation in today’s Ukraine, where scores of protesters participating in the country’s Revolution of Dignity were killed in the vicinity of Kyiv’s Independence Square (Maidan) in late February 2014.

Ukrainian President Volodymyr Zelenskyy, who has inherited this thorny case from the previous administration of Petro Poroshenko, says that everything is being done to uncover the truth about these crimes. Emphasizing that he and his team have the political will and determination to see this through, he nevertheless cautions that enduring flaws in the legal system still stand in the way.

Zelenskyy acknowledged last week that the killings on Maidan remain “the most complicated case in our country.” He told the media that evidence and documents have been lost, while the scene of the crime has been tampered with and “cleaned up.” He could not say when those who gave the orders would be found, but gave assurances that the matter is being “dealt with faster than several years ago.” It is receiving proper attention, he stressed, “and we are doing everything possible.”

While some critics question these claims, there does appear to be a new urgency to get to the bottom of this case, for both internal and external reasons. Six years on, the festering issue of the Maidan killings remains not only a source of anger, dismay and domestic division but also a regular theme of disinformation designed to damage Ukraine’s democratic image and credibility on the international stage.

The generally held belief in Ukraine is that pro-democracy protesters, who had braved months of cold weather to challenge their corrupt government, were shot down by riot police snipers with the likely involvement of Russian operatives. The incumbent president, Viktor Yanukovych, fled the country shortly after the bloodbath and sought refuge in Russia. Petro Poroshenko was then elected as the country’s new president and Ukraine revived its Euro-Atlantic integration ambitions, but Moscow took advantage of the disarray in Kyiv to seize Crimea and intervene militarily through its proxies in the Donbas.

In order to counter the patriotic Ukrainian narrative and justify its own aggression, Moscow has promoted an alternative narrative. According to the Kremlin, the revolt on Maidan was a Western conspiracy. It was a CIA-inspired coup designed to pull Ukraine out of Moscow’s orbit. By intervening in Ukraine, Russia was merely responding to a “neo-fascist” takeover by “Ukrainian nationalists” in a bid to protect the rights of “Russian-speakers” in Crimea and eastern Ukraine.

It is easy to understand why the Kremlin would encourage conspiracy theories about what actually occurred on Maidan. More surprising is the failure of the post-Maidan Ukrainian authorities to prioritize a credible and definitive investigation into the killings. Indeed, while the overall veracity of the “heroic narrative” has never been in doubt, the motives for this inaction by the Poroshenko administration, which some consider amounted to a de facto cover-up, have raised questions and invited further conjecture.

Maidan’s importance as a turning point in modern Ukrainian history and as a catalyst for the ongoing Russo-Ukrainian War mean that the unsolved killings will not go away. On the contrary, they will remain an open wound until the nation can achieve some kind of closure. Several former high-ranking Yanukovych era officials have recently returned to Ukraine and publicly challenged mainstream perceptions of the Maidan killings. Meanwhile, during the latest Russo-Ukrainian prisoner exchange last December, five Ukrainian Interior Ministry officers suspected of killing protesters were released, apparently at the Kremlin’s request. To complicate matters further, two of these officers have subsequently returned from Russian-occupied eastern Ukraine and are challenging the Ukrainian authorities to clear their names.

What can the Zelenskyy administration do in terms of damage containment and establishing confidence in Kyiv’s handling of the Maidan issue? The Ukrainian president said last week that the entire judicial system in Ukraine is “a wound that does not heal.” A “complete reboot” is required, but unfortunately “there is no proper restart procedure.” In order to allow international investors to sidestep the problems of the country’s judicial system, Zelenskyy proposed the application of arbitration “so they are independent of the Ukrainian courts.”

The same principle could also be applied to the Maidan killings. This would not mean reinventing the wheel. Instead, it could be done through the establishment of a truth and reconciliation commission mechanism tailored to Ukraine’s needs. After all, during the last three decades, more than 40 countries have adopted similar approaches to address human rights violations, injustices, and the need to set the historical record straight. The list includes a selection of very different examples ranging from South Africa, Chile, and Spain to Canada, Bosnia, and Colombia.

Officially sanctioned, temporary, non-judicial investigative bodies drawing on international expertise and support have become proven tools in the process of ensuring transitional justice, confidence-building and reconciliation. This could be just what Ukraine needs, not only for addressing the issue of the Maidan killings, but also the much broader challenge of restoring and underpinning a lasting peace. Emotions and grievances will not disappear, but restorative justice is likely to provide greater healing than retributive justice.

President Zelenskyy has already changed Kyiv’s rhetoric from that of war to peace, and is hopeful that elections might be held later this year in areas of the Donbas returned to Kyiv’s control. Even if this proves possible, it will raise an array of new challenges ranging from security and amnesties to reparations and economic rehabilitation. Without the proper preparation, local elections could actually be premature and damaging.

What is needed is more realistic and strategic thinking about the essential elements required for national reconciliation and post-conflict development. This could mean something akin to the kind of truth and reconciliation commissions that have proven effective in other countries. In this way, Ukraine’s response to the challenge posed by the Maidan investigation could hold the key to what will follow in the Donbas, and one day, Crimea also.

No new Ukraine without justice for Maidan victims

Ukraine has made considerable reform progress over the past six years, but until Kyiv offers justice for the dozens of Ukrainians killed during the country’s 2014 Revolution of Dignity, many will continue to doubt whether fundamental change is possible.

Image: A lamppost with bullet holes close to Independence Square in central Kyiv in spring 2014. Six years on, Ukrainians are still waiting for justice for the protesters killed during the country's Revolution of Dignity. REUTERS/Gleb Garanich