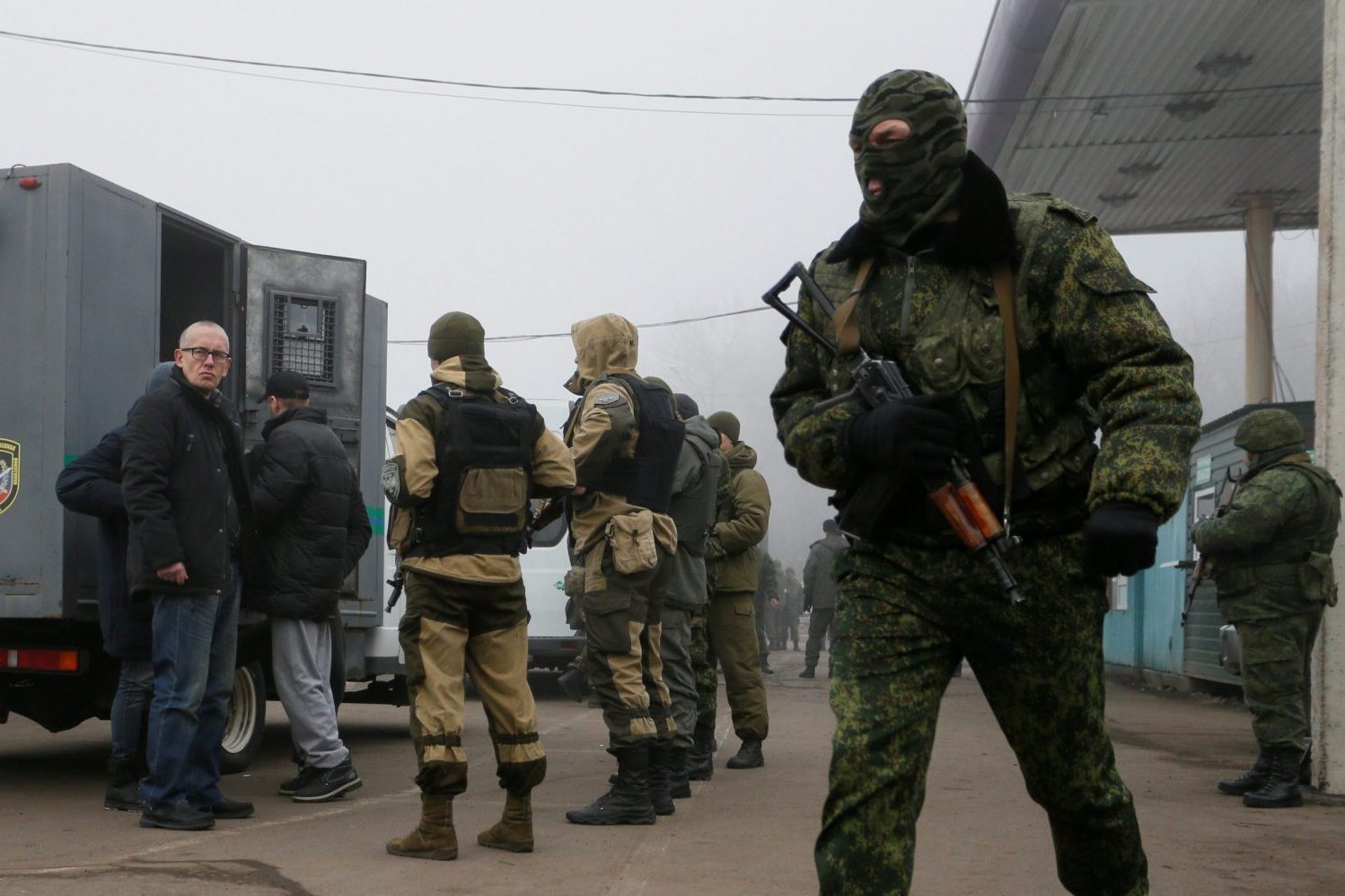 The late December prisoner exchange between Ukraine and the Russian-occupied Donbas has been widely hailed as a harbinger of reduced tensions in a conflict that has claimed over 14,000 lives and displaced nearly two million civilians. However, its true significance may lie in the identities of the prisoners demanded by the Kremlin. By insisting on the release of figures unconnected to the ongoing conflict in eastern Ukraine, Russia has tacitly admitted its involvement in the coordination of terrorist acts and other forms of hybrid warfare across Ukraine.

Technically, the prisoner exchange occurred between the Ukrainian state and “separatist rebels”, with Russia, Germany, and France acting as neutral arbiters and facilitators. In reality, the details of the transaction have shattered this diplomatic fiction and underscored the scope of Russia’s hybrid campaign against Ukraine. Formally a straight swap involving prisoners held by Ukraine and the Russian-controlled eastern regions of the country, the exchange went far beyond such bounds. Those released to the Russian side included numerous individuals with no relationship whatever to the Donbas conflict. Among them were people accused or convicted of terrorist acts in the cities of Odesa and Kharkiv, hundreds of miles away from the frontlines. There was particular public anger over the release of snipers suspected of murdering scores of Ukrainian protestors during the country’s 2013-14 Euromaidan Revolution, which ended weeks before the outbreak of hostilities in eastern Ukraine. In defense of their decision, the Ukrainian authorities claimed Russia had made it clear that without the release of these individuals, there would be no broader prisoner exchange.

Why did Russia insist the exchange include so many seemingly unrelated parties? The answer is to be found in Russia’s longstanding hybrid war against Ukraine.

The release of Ukrainian Interior Ministry sharpshooters suspected of killing protesters during the Euromaidan protests bolsters suspicions of their direct links to Russian officials. On February 20, 2014, the very day the killings occurred, a team of high-ranking intelligence operatives from Moscow arrived in Kyiv, led by Colonel General Sergei Beseda, head of the 5th Department of Russia’s Federal Security Service, which is responsible for operations in the former Soviet republics. Ukrainians believe these Russian security officials came to take over coordination of flagging efforts to suppress the mass protests.

Russia had previously admitted to Beseda’s presence in Kyiv, explaining it as part of efforts to shore up security at Russian diplomatic and commercial offices at a time of unrest. Ukrainians, in turn, have long suspected that Beseda aimed to join Putin’s grey cardinal Vladislav Surkov in taking charge of local assets, including Russian agents who had been appointed to top positions in Ukraine’s defense and security establishment. Moscow’s insistence on the release of the alleged snipers, who have no formal relationship to Russia or to the Russian-occupied Donbas, has now confirmed that the Kremlin regards these operatives as its own agents or proxies.

Moscow’s choice of prisoners has also corroborated additional charges leveled against the Kremlin. In 2016, Ukraine’s Prosecutor General Yuri Lutsenko released intercepts of communications from 2014 between Sergei Glazyev, an advisor to President Putin, and Konstantin Zatulin, deputy head of the Russian legislature’s committee on relations with the former Soviet republics and Russians living abroad. The two Russian officials were recorded discussing the financing of separatist agents to foment unrest in such cities as Kharkiv and Odesa as part of a wider uprising dubbed the “Russian Spring”. The prisoner exchange confirms the veracity of these recordings, as the list of prisoners demanded by Russia included figures engaged in some of the very actions discussed by the two Russian officials in the intercepted conversations.

Among those released were operatives from Kharkiv implicated in the terrorist bombing of a peaceful march on February 22, 2015, that claimed a number of lives, including a 15-year-old boy and a police officer. Individuals tied to deadly May 2014 clashes in Odesa were also released, including one of the alleged chief instigators, pro-Russian activist Sergei Dolzhenkov. Another prisoner exchanged at Russia’s insistence was Oleksandr Dakar, who was charged with a failed June 2017 assassination attempt against anti-Kremlin Chechen militants Adam Osmaev and his wife Amina Okuyeva in Kyiv. Okuyeva who would later be killed in an October 2017 attack. Additional operatives handed over to Russia had participated in a range of sabotage operations, blowing up bridges and railway hubs as well as a Ukrainian security service headquarters in locations far from the conflict zone of eastern Ukraine.

The case of Eduard Kovalenko is particularly interesting. For years, Russia has trumpeted the myth that Ukraine’s leadership is populated by ultranationalists and neo-Nazis. Yet Moscow insisted on the release of Kovalenko, a particularly well-known and notorious neo-Nazi. For more than a decade, Kovalenko has been suspected of acting as an agent provocateur within Ukrainian nationalist circles. He was a radical figure whose attention-grabbing actions, including Nazi salutes at public rallies, were widely covered by Russian state media intent on painting Ukraine as a land where Nazism was on the march. By 2017, Kovalenko had morphed into the role of pan-Slavist. He was eventually sentenced to five years imprisonment for planning to disrupt Ukraine’s military draft. Far from denouncing this “Ukrainian Nazi” poster boy, Russia demanded his release.

The list of criminals, terrorists and agent provocateurs featured in the recent prisoner exchange reveals a great deal about how diligently Russia works to protect its proxies and operatives. It also serves as a reminder of the scale and scope of the operations Russia has undertaken to infiltrate and destabilize Ukraine. President Volodymyr Zelenskyy received considerable criticism for consenting to the release of these prisoners. Many Ukrainians were furious to see so many serious criminals escape justice. However, this difficult decision has produced one initially overlooked but important benefit. It has provided compelling new proof that Russia is waging a violent, multi-dimensional hybrid war against Ukraine.

Adrian Karatnycky is a senior fellow at the Atlantic Council

Image: Prisoners are escorted by servicemen of Russian-occupied eastern Ukraine during a 29 December 2019 prisoner exchange near the Mayorsk crossing point in Donetsk region, Ukraine. REUTERS/Alexander Ermochenko