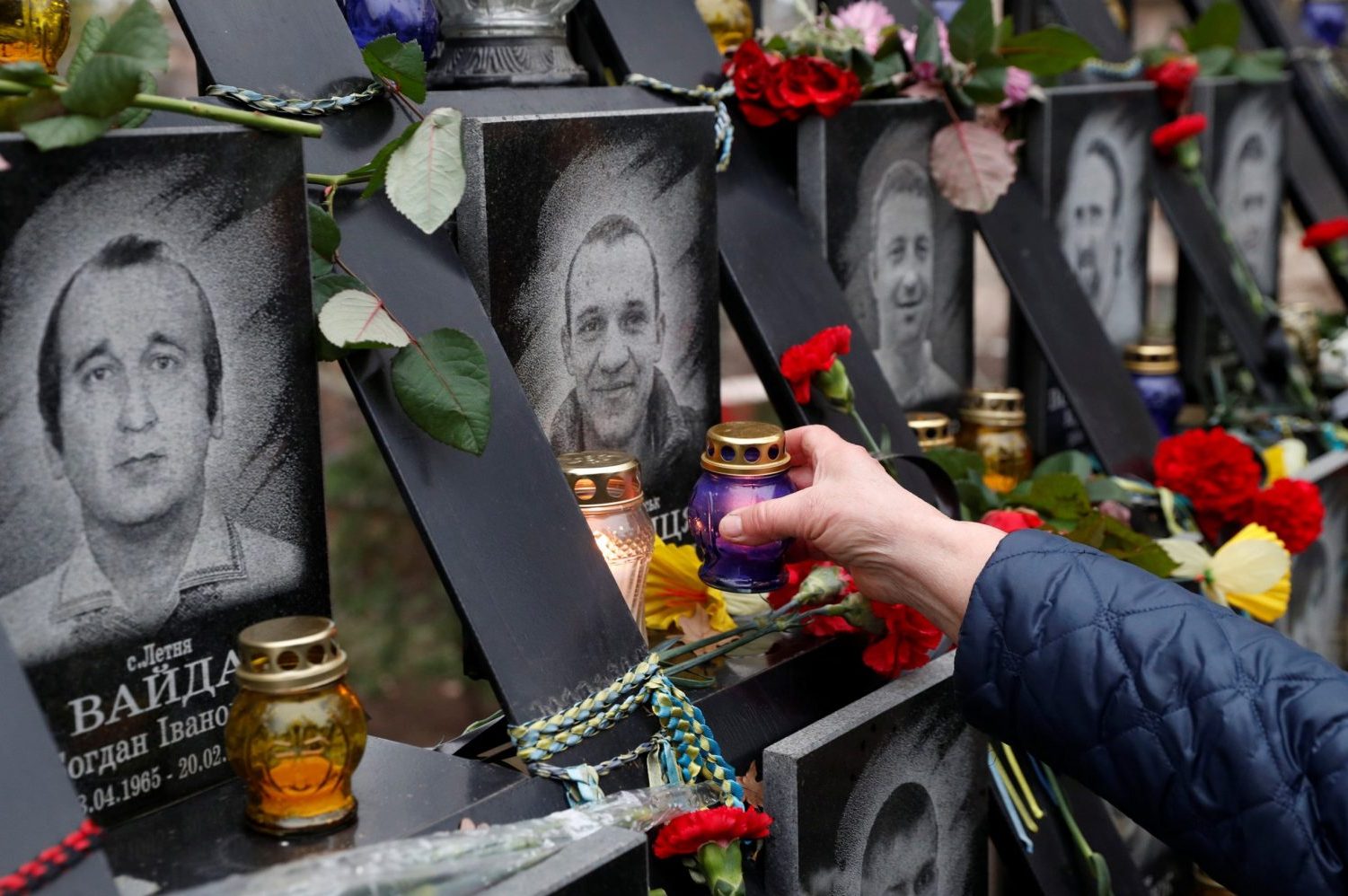 Ukraine proved in 2019 that it is capable of holding remarkably free and fair national elections, even in the most challenging of circumstances. However, true democracy requires much more than political pluralism on the campaign trail and at the ballot box. The rule of law must extend far beyond election day and injustices must be seen to have consequences.

Nowhere is this more apparent than in the failure to prosecute those responsible for the mass killings during Ukraine’s 2013-14 Revolution of Dignity. This has serious implications for the country’s future development. As long as the Ukrainian authorities fail to secure justice for the victims, Ukraine will remain a society trapped in a state of moral confusion.

As Ukraine approaches the sixth anniversary of the tragic February 2014 events that took place on and around Kyiv’s Independence Square (Maidan), justice looks more elusive than ever. Despite the promises of two administrations and considerable pressure from the country’s international partners, Ukraine’s justice system has not delivered.

This failure to bring anyone to justice for the Maidan killings is a glaring example of modern Ukraine’s broader inability to hold both former and current state officials accountable before the law. It points to fundamental flaws that have yet to be addressed in a system that remains essentially unreformed. Until this changes, any talk of a new and different Ukraine will continue to lack credibility.

The recent appointment of Oleksandr Babikov as first deputy director of the State Bureau of Investigations (SBI) is the latest blow for those dreaming of a fairer Ukraine capable of living up to the country’s European aspirations. The SBI is one of the main state organs responsible for investigating the deaths of protesters in 2014, yet Babikov previously worked for a law firm representing former Ukrainian president Viktor Yanukovych, the man widely regarded as the chief suspect behind the Maidan killings. Unsurprisingly, many see Babikov’s appointment as evidence that the corrupt ways of old continue to flourish.

To be fair to Babikov, he has stated that he has not directly represented or acted on Yanukovych’s behalf since 2014. SBI officials have also claimed he will not be involved in any Maidan probes. Nevertheless, even if there are no proven conflicts of interest at this time, Babikov’s past associations should surely have been enough to disqualify him from proximity to an issue of such sensitivity and national importance. The fact that those responsible for nominating and appointing him did not consider Babikov’s background a red flag is both alarming and revealing in itself.

Despite the considerable outrage sparked by his appointment, this spectacle should surprise no one. The choice of Babikov was a disappointing and cynical move based on the assumption that public opposition would soon dissipate. In this sense, it is entirely typical of how the justice system has operated in Ukraine for the past few decades, with officials appointed to senior posts based on their proven reliability rather than their professional suitability. Again and again, each new administration has shown a preference for “known quantities” who can be trusted to produce a particular outcome.

Many observers assume Babikov was appointed to prevent former state officials from facing charges and to make sure the country’s Maidan investigations continue at their current pace with no ultimate judicial resolution. Though such allegations are unsubstantiated, they reflect the public’s understanding of law enforcement and justice in today’s Ukraine. This is the underlying reason for all the anger. Were there really no suitable candidates for the post of SBI First Deputy Director other than Babikov?

This latest setback has added to the mood of fatalism within Ukrainian society and strengthened the consensus that the crimes committed against Maidan protesters will never be solved. There are just too many encumbering deficiencies within the system and too many individuals with an interest in obstructing the pursuit of truth.

Ukraine’s international partners could potentially offer a way out of this predicament. With the Ukrainian legal system in its current form clearly unequal to the challenges posed by the Maidan investigation, it may be time to consider appointing an international commission with a mandate to get to the bottom of the killings. There would be little difficulty in finding suitable recruits such as the numerous Canadian judges who have already been consulting on Ukraine’s judicial reforms for some years.

By reaching out to Ukraine’s Western allies for help, President Zelenskyy would demonstrate that he is both sincere and serious in his desire to secure justice for the Heavenly Hundred who died on Maidan. Admittedly, such a move would be politically challenging, but after six years without results, public hunger for progress would help counter concerns over any perceived surrender of Ukrainian sovereignty. After all, if the requisite political will had previously existed, few Ukrainians doubt that the crimes of Maidan would have been solved long ago.

As things currently stand, there is little chance of progress towards the successful prosecution of those responsible for the Maidan killings. Instead, this lack of justice challenges the essential integrity of the Revolution of Dignity, robbing it of its moral authority and making the sacrifice of so many protesters seem futile. If there is no justice for the victims of Maidan, then the very idea and spirit of the 2013-14 revolution will have failed in Ukraine. Any sense of hope in a better future based on the rule of law will dissipate, and the perpetual cynicism that haunts Ukrainian society will continue for another generation.

Yuri Polakiwsky is a Kyiv-based writer and author of “Ukraine–A Lament of a Promise.”

Image: A woman places a candle at a monument to the protesters killed during Ukraine's 2014 Revolution of Dignity. November 21, 2019. REUTERS/Valentyn Ogirenko