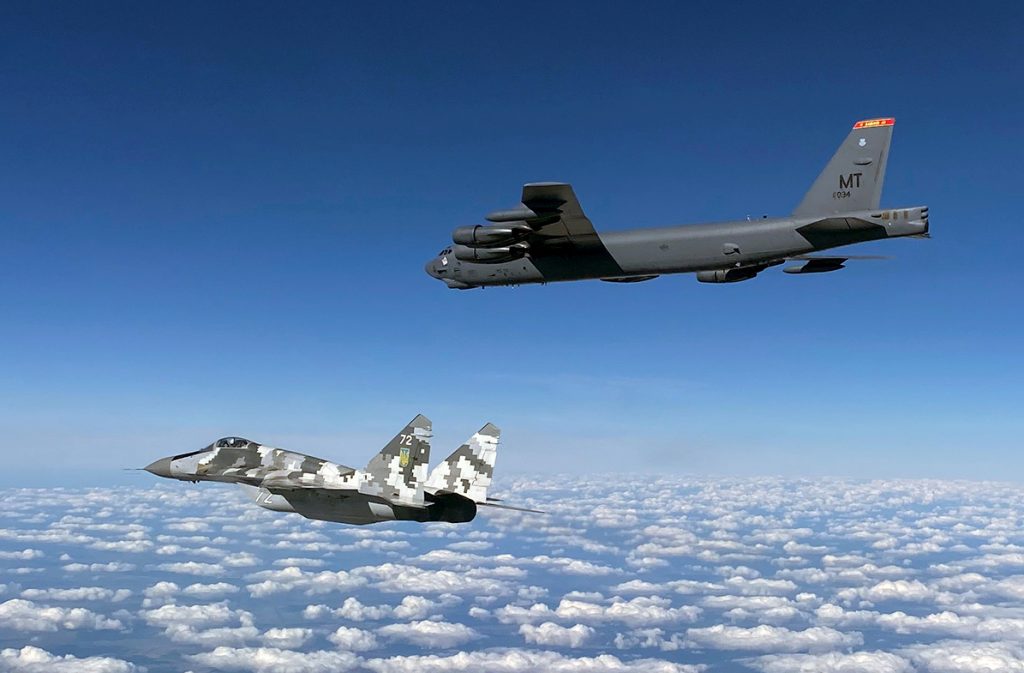 Ukraine’s Air Force leadership has recently conceded that by 2030, most of the country’s fighter jets will be non-viable. Meanwhile, Moscow exploits the weakness of Ukraine’s Air Force and menaces Ukraine with the threat of air attacks. Most of Russia’s newest fighters have been deployed across a chain of airfields in an arc around Ukraine’s borders.

Ukraine’s best air force assets at present are two under-strength fighter brigades of around fifty Su-27 FLANKERs, equivalent to the US F-15C. Around thirty are believed to be operational. Its next best asset is a fighter brigade of smart munition-capable Su-24 FENCERs, the “Soviet F-111” and workhorse of Russia’s bombing campaign in Syria. At best, around thirty of these planes are currently believed to be operational.

There are no challenges in providing Airborne Early Warning and Control, aerial refuelling tankers, datalinking equipment, cruise missiles or smart munitions, or in replacing Ukraine’s lightweight MiG-29s and Su-25s. Mothballed F-16Cs, E-2C-2000 Hawkeyes and KC-135 tankers are abundant in AMARG storage. New or refurbished F-16C and European fighters could also be supplied.

The need to upgrade Ukraine’s Air Force presents an opportunity for the Biden administration to cause Moscow some genuine pain, in both the real strategic sense and in terms of the long-running propaganda war.

Reinforcing Ukraine’s Air Force would be a powerful way for the Biden administration to signal that the US will no longer tolerate Russian mischief in Eastern Europe, and that there are hard and tangible long-term strategic costs Russia must bear for its malign conduct.