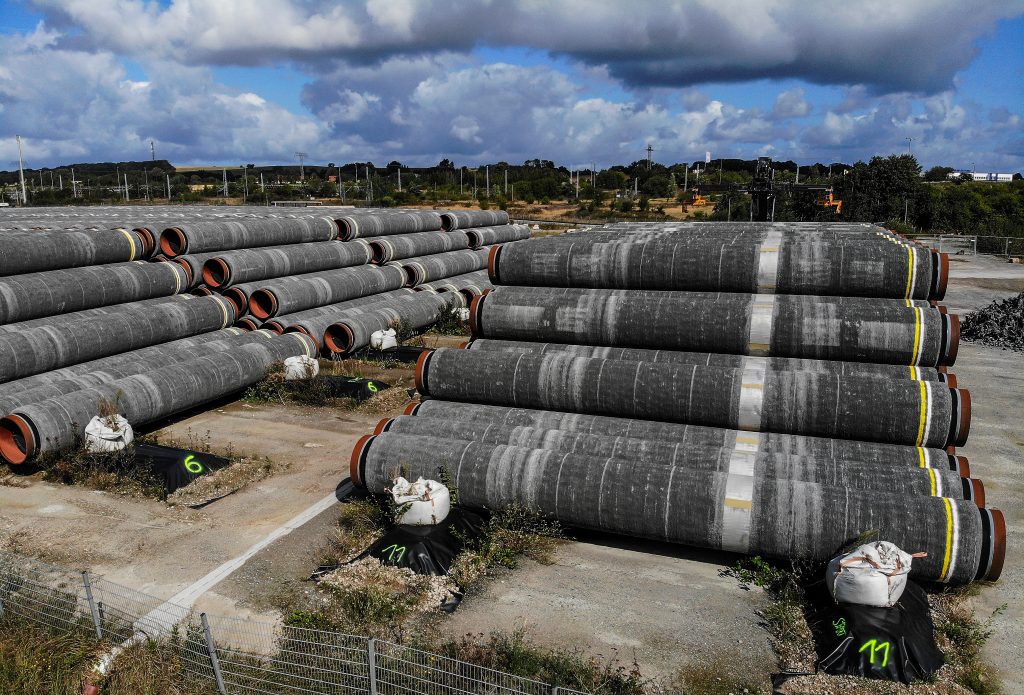 The US State Department just made another chess move as it seeks to halt Moscow’s continuing efforts to defy sanctions and finish the Nord Stream 2 pipeline, which is intended to deliver Russian gas directly to Germany via the Baltic Sea. On October 20, US officials announced more constraints on the controversial energy infrastructure project, and put firms still involved in Nord Stream 2 on notice that they have 30 days to wind down operations.

Unsurprisingly, Russia was quick to condemn the move. “This rather unfriendly and destructive policy of constant introduction of various restrictions in relation to us, our economic operators, our economy, has already become an integral part of unfair competition, undisguised hostile takeover competition on the part of Washington,” commented Kremlin spokesman Dmitry Peskov.

Moscow has sought to characterize US opposition to the pipeline as a competitive ploy that is designed to boost American gas exports to European markets. In response, American officials have repeatedly stated that US opposition to the project is based on valid security concerns that are shared by many individual EU member states.

They argue that any increase in direct Russian gas exports via Germany to Europe will make the continent far too dependent on Moscow for its energy needs. Additionally, Nord Stream 2 is designed to replace Ukraine’s gas transit pipeline network, which currently transports a significant percentage of total Russian gas exports to EU markets. It is feared that the loss of this transit role would dramatically reduce Ukraine’s strategic importance and leave the country far more vulnerable to further Russian aggression.

The Nord Stream 2 saga has dragged on for a number of years, with Germany and Russia largely ignoring concerns from within the European Union as well as Ukraine and the US. Construction work proceeded unhindered until December 2019, when the imposition of severe US sanctions brought work on the pipeline to a sudden halt with the project just 120 kilometers from completion.

Since that setback, Russia has undertaken numerous attempts to bypass US sanctions or identify any possible loopholes that would allow the Kremlin to finish the USD 10.5 billion pipeline. This summer, American officials responded by issuing a series of fresh warnings, along with an announcement that extended sanctions measures to insurers, certification companies, and all others facilitating the pipeline’s completion.

This week’s latest salvo in the battle to block the Nord Stream 2 pipeline project appears to have been timed in order to discourage Russia and Germany from entertaining hopes that the coming US presidential election will result in a change of policy. President Trump approved last year’s initial round of Nord Stream 2 sanctions, which were sponsored by Republican Senator Ted Cruz and approved bilaterally by the US Congress. Meanwhile, presidential candidate Joe Biden has also come out against the pipeline. Biden has labeled Nord Stream 2 a “bad deal” for Europe and opposes its completion.

Opposition to the Nord Stream 2 project is by no means confined to Washington DC. Most European nations have objected to the pipeline for a number of years. Earlier in October, it briefly appeared that even Russia’s strategic partner in the project, Germany, may be about to scrap the scheme following outrage over the poisoning of Russian opposition leader Alexander Navalny.

However, Angela Merkel has since stood firm on the need to complete the pipeline. She has no doubt been influenced by the fact that if completed, Nord Stream 2 will provide discounted gas to German industry and turn the country into a natural gas hub for Central and Eastern Europe.

Prominent opponents of the pipeline in Europe such as Ukraine’s energy conglomerate Naftogaz have welcomed Washington’s renewed commitment and increased sanctions measures. “This makes clear that the US will sanction all companies that provide services for or seek to upgrade the capabilities of the Russian pipe-laying vessel Akademik Cherskiy or any other Russian pipe-laying vessel for the purposes of Nord Stream 2 construction,” commented Naftogaz officials.

Further sanctions measures are set to feature in the US budget in December 2020. This is expected to serve as the final nail on the coffin of the Nord Stream 2 pipeline, but Russia will continue to fight for the strategically important energy project until the bitter end.

Ukrainians will vote in local elections on October 25. Brian Mefford offers a city-by-city guide to the mayoral races across the country and predicts who is likely to win in each of Ukraine’s major cities.

Image: Pipes for the Nord Stream 2 pipeline at the port of Mukran in Germany. (REUTERS/Hannibal Hanschke)