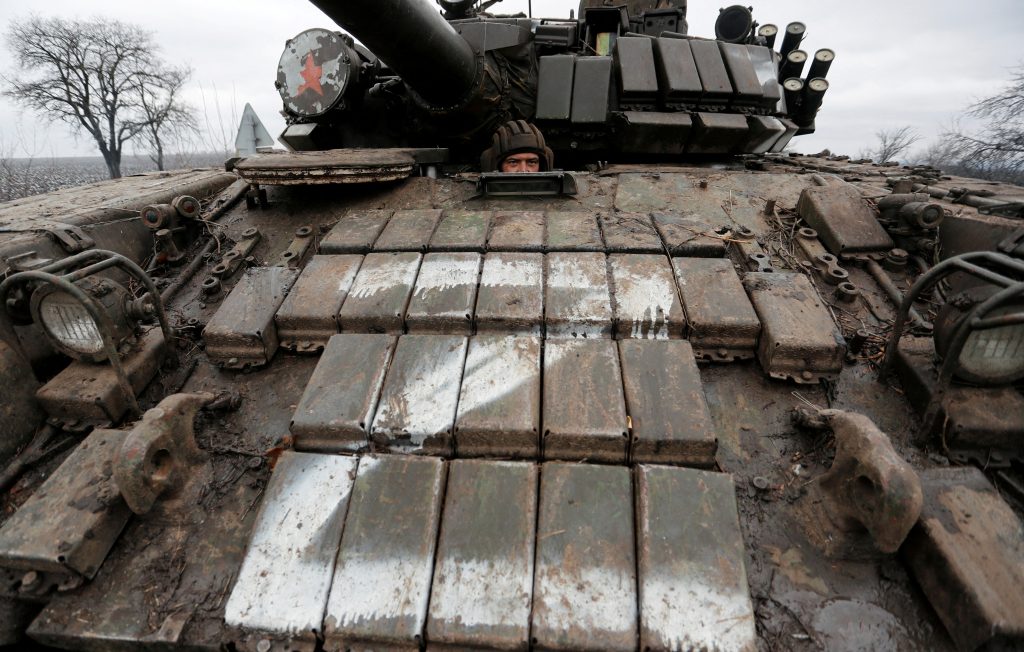 As we approach the two-week mark since Russia launched its invasion of Ukraine, Vladimir Putin’s tactics are evolving. The Russian ruler expected to quickly defeat Ukraine’s army, capture its major cities, decapitate the country’s leadership, and install a puppet government. Instead, Russian forces have suffered heavy losses and now find themselves confronted by the prospect of a grueling war against an entire nation of over 40 million Ukrainians.

In light of these setbacks, Russia has switched to terror tactics and is increasingly focusing on missile strikes, aerial bombing, and the indiscriminate shelling of civilian targets. Civilian casualties are now mounting at an alarming rate, with major cities including Kharkiv and Mariupol in ruins.

Many Ukrainians trapped in the country’s besieged towns and cities no longer have access to water, electricity, or heating. Dead bodies lie in the streets and overstretched emergency services are close to breaking point. A humanitarian crisis unlike anything seen in twenty-first century Europe is unfolding in front of the watching world.

Reducing entire cities to rubble does not seem to bother Vladimir Putin or Russian commanders. His military has done this before, destroying the Chechen capital Grozny and Aleppo in Syria. Many observers are shocked to see these tactics being applied in the heart of Europe, but there is really no reason to be surprised. The war crimes we are now witnessing in Ukraine are in many ways the calling card of the Russian army in the Putin era.

So far, the Western response to Putin’s invasion has proved insufficient to restrain Russia. Sanctions imposed since the beginning of the war have been unexpectedly severe, but they have stopped some way short of the most extreme options available. The UK has been reluctant to match its rhetoric with tough steps against Russian oligarchs, for example, while Germany has blocked efforts to impose potentially game-changing sanctions on Russian energy exports.

These half-measures have sent a dangerous message to the Kremlin that the West remains unwilling to engage in full-scale economic warfare. The results of this folly can be seen in the escalating bombardment of Ukraine’s cities.

Ukraine has long called on the West to engage with Russia from a position of strength, while also warning of the threat to international security posed by the Putin regime. Alarm bells first rang in 2008 when Russia invaded Georgia. It is now painfully clear that the weak Western response to that brief war was a grave mistake.

In spring 2014, the democratic world was equally feckless in its reaction to the Russian seizure of Crimea and military intervention in eastern Ukraine. Western leaders initially subjected Moscow to relatively modest economic sanctions and only agreed to tighten restrictions when Russia shot down a passenger airliner over the east Ukrainian combat zone in July 2014.

While European leaders condemned Putin’s 2014 attack on Ukraine, they did not hesitate to forge stronger economic ties with Russia. This hypocritical stance was epitomized by Germany’s decision to partner with Russia on the construction of a major new gas pipeline, which was announced in 2015 despite Russia’s refusal to end the occupation of Crimea and eastern Ukraine’s Donbas region. German politicians would continue to defend their collaboration with the Kremlin until Putin’s recent invasion finally forced Berlin to cancel the pipeline.

This weakness is all the more inexcusable as Putin has never made any secret of his intention to subjugate Ukraine. For years, he has publicly questioned the legitimacy of Ukrainian statehood and declared that Ukrainians and Russians are “one people.” Indeed, Putin’s current military campaign against Ukraine is a logical continuation of his earlier statements and the inevitable consequence of Western timidity.

Ukrainians now find themselves forced to fight for the survival of their state while defending the very principles that the world’s democracies claim to stand for.

Even in this crisis climate, appeasement efforts continue. While the US, UK, Canada, and a host of European countries have provided much-needed arms to aid the Ukrainian cause, Western leaders have also been quick to rule out direct military intervention and have resisted growing calls for a No Fly Zone over Ukraine.

We are now fast approaching a moment of truth for the entire democratic world. Putin has made clear his intention to bomb and terrorize Ukraine into submission. Unable to defeat Ukrainian forces on the battlefield, he has elected to target the civilian population. If the West stands by and lets this happen, other countries will surely face the same fate as Ukraine.

The deliberate bombardment of cities and targeting of civilians is a war crime. The last Nuremberg prosecutor still alive, Benjamin Ferencz, recently called for Russia to be held accountable. “The crimes now being committed against Ukraine by Russia are a disgrace to human society. Those responsible should be held accountable for aggression, crimes against humanity and plain murder,” Ferencz stated in a social media post. “The sooner they start dragging the criminals before a court, the happier we will be.”

When will the world’s democracies finally demonstrate their determination to make Russia answer for its crimes?

Bohdan Klid is Director of Research at the University of Alberta’s Holodomor Research and Education Consortium (Canadian Institute of Ukrainian Studies).

Image: Russian forces are accused of crimes against humanity in Ukraine. (REUTERS/Alexander Ermochenko)