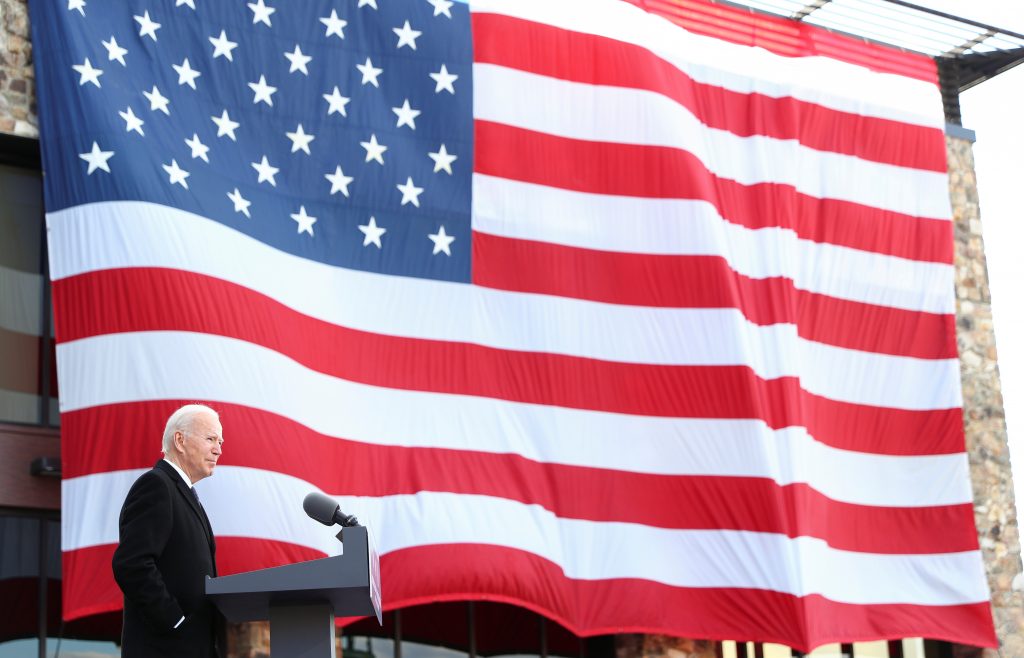 Incoming US President Joe Biden visited Ukraine six times during his eight years as vice-president in the Obama administration. Throughout this period, he consistently and outspokenly championed the East European nation’s efforts to reform and eradicate corruption.

Disappointingly, Ukraine has backpedaled significantly since the curtain came down on the Obama administration in January 2017. But President Biden now has an opportunity to continue where he left off. This means reinforcing US support for Ukraine in order to get the country back on the reform track. Over the next four years, Biden can play an historic role in helping Ukraine eliminate corruption and free itself once and for all from oligarch control.

Ukraine’s transformation is arguably long overdue. Ukraine is not a poor country, but its people are among the poorest in Europe. Following decades of government mismanagement and cronyism, millions of Ukrainians have left their homeland to work abroad. Foreign direct investment remains pitifully low.

The process of de-oligarchization, launched amid much fanfare in 2015 with the express purpose of reducing the political influence of Ukraine’s oligarch class, has long since ground to a halt. Instead, oligarchs continue to lobby for laws that give unfair advantages to their businesses. They own the country’s mainstream media and dominate its fledgling democracy. According to a recent investigative report, one particular Ukrainian oligarch alone currently holds sway over a hundred members of parliament, or almost a quarter of all the country’s MPs. This makes it extremely difficult for international investors to compete.

Ukraine’s dysfunction plays directly into the hands of the Kremlin, which is determined to prevent its neighbor from becoming a model in the wider post-Soviet region for the transition from authoritarianism to democracy.

Russia has been waging a hybrid war against Ukraine since 2014. This ongoing offensive includes everything from military operations and cyber-attacks to economic measures and relentless waves of deliberate disinformation. Unsurprisingly, Moscow frequently finds common ground with Ukraine’s oligarchs, allowing them to form an unholy alliance in order to derail reform efforts.

Biden’s predecessor, Donald Trump, often appeared to be interested in Ukraine for all the wrong reasons and did not visit the country during his four-year presidency. The hope now is that a new page will be turned in the US-Ukraine relationship, and that the Biden administration will help Ukraine make up for lost time.

The top priorities of the Biden administration’s Ukraine policy must be to curtail Russian aggression, reduce corruption, and contain the oligarchs. A Three P’s approach towards reducing corruption would be a tremendous start, with an emphasis on preventing, publicizing, and punishing corrupt conduct. Nobody should be above the law.

What Ukraine’s shady oligarchs fear most of all is US Justice. One Ukrainian oligarch is currently being investigated by a US federal grand jury for money laundering. Another is fighting extradition to the United States on bribery and racketeering charges. They know that the US is strong on the rule of law. This is what most Ukrainians themselves strive towards.

The most difficult part of any successful Ukraine policy will be the task of handling Russia. This year marks three decades since Ukraine declared independence and the Soviet Union collapsed. According to Russian President Vladimir Putin, the fall of the USSR was the greatest geopolitical tragedy of the twentieth century. Russia still seeks to reverse the verdict of 1991, and categorically refuses to entertain the idea of a successful and democratic Ukraine that is no longer within the Kremlin’s sphere of influence.

As the Soviet Union disintegrated, Ukraine became the world’s third-largest nuclear superpower. In 1994, it voluntarily gave up its nuclear arms and acceded to the Nuclear Non-Proliferation Treaty in exchange for security assurances from the United States, Britain, and Russia. Moscow has since torn up these promises by invading Ukraine, firstly in Crimea, and then in the Donbas region of eastern Ukraine. The United States must now review the assurances given in 1994 and step up.

Despite the disappointments of the past three decades, there are ample reasons to be optimistic about Ukraine’s future. Over the past thirty years, many US and international companies have proven successful in Ukraine. Iconic brands such as Oreo cookies, Nespresso coffee machines, Mercedes, BMW, and Volvo automobile parts, and even the wheels on London underground trains are all made in Ukraine. Ukrainian IT companies are global competitive, while the country hosts R&D centers for many of the world’s leading tech brands. Even in today’s challenging environment, it is possible to thrive in Ukraine.

These success stories are just the tip of the iceberg. Ukraine’s potential is huge, and it also ranks among the most strategically important nations on the planet. The American Chamber of Commerce believes in Ukraine. The business community is now pinning its hopes on President Biden to back Ukraine during what promises to be a decisive period in the country’s independent history.

Image: Many Ukrainians are optimistic that incoming US President Joe Biden can help Ukraine free itself from Russian infuence and oligarch control. (REUTERS/Tom Brenner)