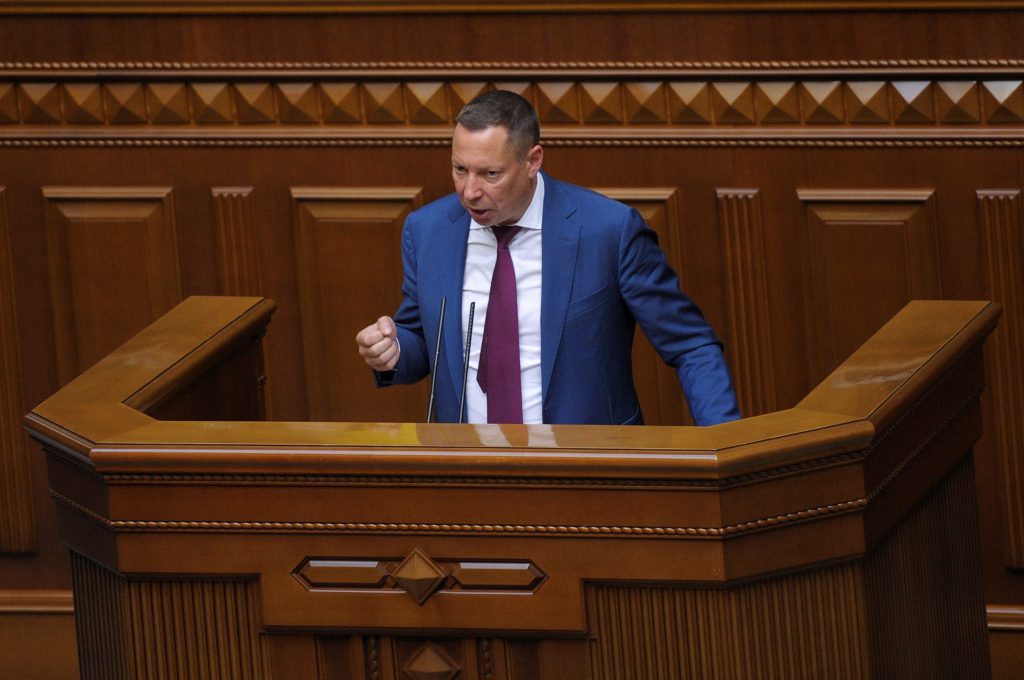 The Ukrainian parliament endorsed President Zelenskyy’s nominee Kyrylo Shevchenko as the new Governor of the National Bank of Ukraine (NBU) on July 16, just hours after he emerged as the Ukrainian leader’s pick for the post. The appointment comes two weeks after Zelenskyy forced out Shevchenko’s predecessor, Yakiv Smolii, in controversial circumstances. It leaves open the question of whether the NBU under its new leadership will continue to enjoy the kind of policy and regulatory independence it has been able to exercise since 2015.

This matters because the financial sector is the one area where Ukraine has succeeded in making the deep systemic reforms necessary to move forward as a country. Central bank independence has been a crucial element of this success. Any backsliding would send an ominous signal about the country’s ability to stay the course and make a permanent break with familiar post-Soviet habits such as corruption, mismanagement, and oligarchic influence.

Russian President Vladimir Putin’s strategy since 2014 has been to control Ukraine by turning it into a failed state. He has been frustrated in that goal to the extent that Ukraine, with the support of its Western partners, has been able to stabilize its financial position in the face of enormous challenges, including a collapsing exchange rate, soaring inflation, and the loss of much production capacity due to Russian occupation of the country’s Crimean peninsula and east Ukrainian industrial heartlands.

In the first three years following Russia’s military intervention, losses in the financial sector amounted to 38.5 percent of Ukraine’s GDP. More than half of its banks were declared insolvent or had to be liquidated, including the country’s largest depositor, Privatbank, which was nationalized following the discovery of huge internal fraud.

Ukraine survived this crisis by allowing the NBU to act decisively and independently in taking the kind of tough decisions on monetary policy and banking supervision that in the pre-crisis era would have been blocked by powerful vested interests. Inflation, which peaked at 48 percent in 2015, is now in single figures, as is the main interest rate. The problem of toxic loans, which at one point threatened to overwhelm the banking system, has been brought within manageable proportions. Standards of banking management and supervision have improved dramatically with the adoption of more stringent international financial reporting standards and greater transparency.

Most of the credit for these achievements belongs to Smolii and his predecessor, Valeria Gontareva, both of whom were recognized by Ukraine’s partners and foreign investors for their professionalism and independence. They were rewarded by the willingness of the IMF and other international creditors to provide Ukraine with the financial support it needed to survive. Some credit should also go to Ukraine’s post-Maidan political leaders, who recognized the urgency of their country’s predicament and saw the need to grant the NBU the independent authority required to establish its credibility at an international level.

It is the political will to sustain that hard-won reputation that is now in question. It is said that Zelenskyy, alarmed at the first serious decline in his popularity ratings, repeatedly pressed the NBU to print money and loosen monetary policy in order to stimulate the economy. Smolii made it clear that he would sooner resign than sacrifice Ukraine’s economic interests and the NBU’s credibility to short-term political considerations. Zelenskyy duly instructed him to resign.

The politicization of monetary policy would be bad enough. The real damage, however, would come with any weakening in standards of banking supervision and the return of influences that caused so much damage in the past. State-controlled banks currently account for 58 percent of the sector and the plan is to promote competition by reducing that share to 24 percent over the next two years.

Assets earmarked for privatization include Privatbank. It is here that Zelenskyy’s closeness to Privatbank’s former owner, Ihor Kolomoiskiy, is a source of nervousness within the banking community. Ukraine would be taking a big step backwards if it once again allowed oligarchs to run banks as private treasuries for the organization of opaque and often fraudulent financial schemes.

The list of those initially tipped to succeed Smolii was sufficiently alarming to trigger an intervention from the IMF’s Managing Director, Kristalina Georgieva, who reportedly raised concerns about two particular candidates in a phone call with Zelenskyy earlier this week. One was Bogdan Danylyshyn, current head of the NBU Council, a position he repeatedly used to attack Smolii’s leadership of the bank. Danylyshyn has also criticized the nationalization of Privatbank and is considered closely aligned with Kolomoiskiy. The other was Elena Scherbakova, another member of the NBU Council who has supported Danylyshyn’s attacks on Smolii and is considered in banking circles to be an ally of Kolomoisky’s business partner and fellow former Privatbank owner, Hennadiy Bogolyubov.

Faced with Georgieva’s message that Ukraine’s international creditors would regard the appointment of either Danylyshyn or Scherbakova as a conflict of interests, Zelenskyy apparently relented, nominating Shevchenko instead. The question now is whether the new NBU governor will be given the freedom to do the job without external interference and pressure.

Shevchenko is said to have some of the attributes required to be a professional and independent central banker. As head of the state-owned Ukrgasbank since 2014, he is deemed by peers to have performed well in that role. Yet he comes to the job of governor knowing that his predecessor was forced out for showing too much independence. That’s why defenders of NBU independence fear that Zelenskyy has set unwritten conditions for Shevchenko’s appointment that effectively tie his hands. It is even rumored that Danylyshyn and Scherbakova will be appointed as his deputies, making him an independent governor in name only.

There is a lot at stake if Ukraine’s inexperienced president takes this route, as the recent intervention of the IMF has underlined. Ukraine’s international partners were reassured by Zelenskyy’s election promise last year to crack down on corruption and achieve the “de-oligarchization” of Ukrainian society. His reputation will not recover if he instead presides over a “re-oligarchization” of the one business sector where that goal had already been largely achieved.