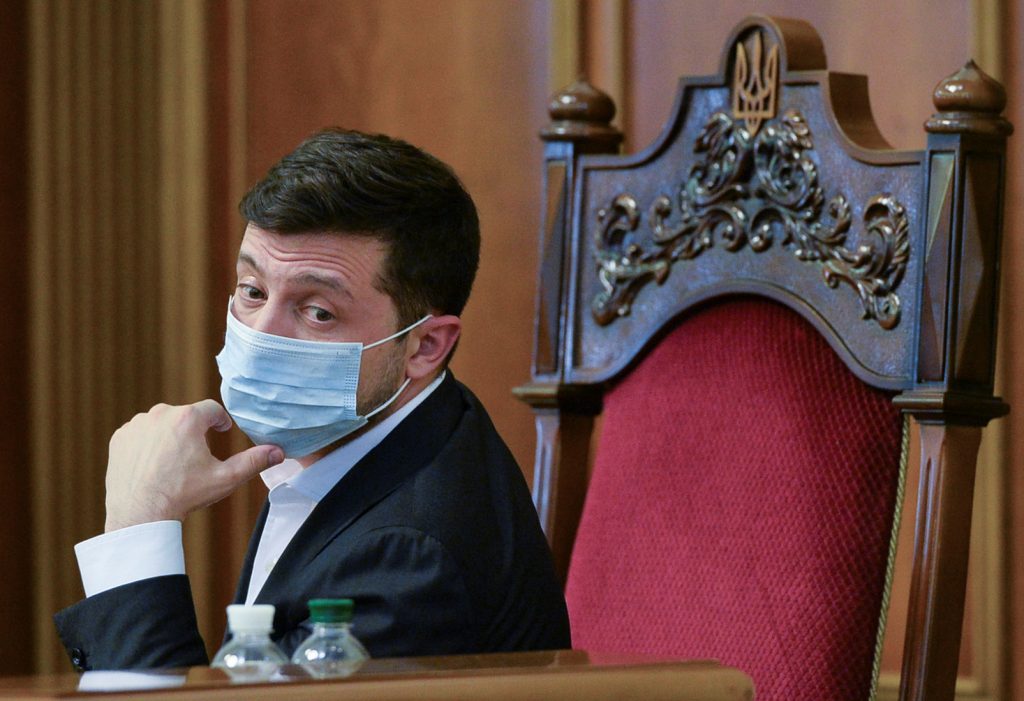 When Ruslan Ryaboshapka was appointed prosecutor general in August 2019, he had a mandate to oversee a complete overhaul of Ukraine’s deeply flawed prosecutor’s office. Despite making significant progress, he was dismissed by parliament just six months later. In early May 2020, Ryaboshapka then found himself himself the target of an anti-corruption investigation. Amid a spring of setbacks for Ukraine’s reform agenda, the former prosecutor general’s dramatic fall from grace is now setting off alarm bells over the country’s future trajectory and causing many to question the credibility of President Zelenskyy’s own reformist credentials.

Ryaboshapka was a good example of the young technocrats recruited by President Zelenskyy to renew, reform, and rebuild the Ukrainian political landscape. He had a strong background in reforms, having previously worked for Transparency International and served on the National Agency for Prevention of Corruption, where he burnished his reformer reputation further by resigning in 2017 over the Agency’s alleged ineffectiveness.

As prosecutor general, Ryaboshapka won considerable praise from Ukrainian anti-corruption campaigners and the country’s international partners for his ambitious reform efforts, which included sweeping personnel changes and new regulations for the appointment of prosecutors. However, he clearly did not earn the approval of the country’s political leadership. Ryaboshapka’s failure to prosecute senior members of the previous government is thought by many to have been the key cause behind his downfall.

Charged with cleaning up the system while at the same time pursuing politically motivated prosecutions, Ryaboshapka’s position may well have been impossible from the very beginning. President Zelenskyy’s top priority for the country’s prosecutor general appears to have been the arrest of “big fish” from the previous administration. This is very much in line with Zelenskyy’s successful 2019 presidential and parliamentary election campaigns, which made much of the former comedian’s political outsider status and promised to bring corrupt officials to justice.

“Under President Zelenskyy, the general prosecutor of Ukraine now has two main tasks. The first is to sign off on trumped-up charges against former president Petro Poroshenko, and the second is to protect the interests of oligarch Ihor Kolomoiskiy. Ryaboshapka was fired because he refused to do either,” commented Vitaliy Shabunin, the head of Ukraine’s non-government Center for Countering Corruption in the wake of Ryaboshapka’s dismissal.

Days after his March 5 removal by parliament, Ryaboshapka backed up the claims made by Shabunin. “I was told to sign charges against Petro Poroshenko. I couldn’t do that,” he said. “Firstly, the charges were groundless. Secondly, it was unlawful. There was no reason to believe Poroshenko was actually guilty of the offenses he was being accused of. By signing that document, I could have become a criminal myself.”

Ryaboshapka never actually specified the exact nature of the charges he refused to sign. However, it is known that the author of the charges was the former chief of Ukraine’s State Bureau of Investigation, Iryna Venedictova. She has since replaced Ryaboshapka as Ukraine’s new prosecutor general. After taking change, one of Venedictova’s first steps was to cancel many of the sweeping reforms introduced by her predecessor.

Meanwhile, Ryaboshapka now finds himself under investigation. Details of the charges against him have yet to be made public, with some observers questioning whether the attempt to prosecute him is entirely serious. He is currently residing in Strasbourg, where his wife works at the European Court of Human Rights, leading to suggestions that the charges could be designed to discourage Ryaboshapka from returning to Ukraine. If a Ukrainian court does eventually find him guilty of corruption, his reputation as an anti-corruption crusader would be tarnished, much as his efforts to reform the prosecutor’s office have already been reversed.

Ryaboshapka is far from the only representative of Zelenskyy’s much-hyped “Generation Ze” to enter state service alongside Ukraine’s youthful new president in 2019, only to then rapidly fall out of favor. Many others have also been dismissed in the past few months as the hopes of fundamental change that accompanied Zelenskyy’s April 2019 presidential election victory have given way to a growing mood of ancien regime revival.

The trend began on March 4 with a major government reshuffle that saw many of the most prominent reformers in the cabinet replaced by figures from Ukraine’s discredited political past. A number of candidates for ministerial positions were reportedly so alarmed by the political direction the country was taking that they rejected offers to serve in the new government.

Other high-profile recent casualties have included State Customs Service head Maksym Nefyodov, who, with his hipster beard and e-procurement digital innovations, had long served as a symbol of Ukraine’s post-Maidan reformist generation. Nefyodov was fired unceremoniously in late April along with the similarly reform-minded head of the country’s tax service, Serhiy Verlanov. Both are now the subjects of anti-corruption probes. Nor is the purge of reformers over. Efforts are underway to unseat Artem Sytnyk, the head of Ukraine’s National Anti-Corruption Bureau, while the top management of the politically independent National Bank of Ukraine is facing mounting pressure.

As we approach the first anniversary of President Zelenskyy’s inauguration, the escalating campaign against many of the country’s most prominent reformers sends an ominous message about where Ukraine is heading. The officials dismissed in spring 2020 were almost all relatively new faces who entered state service accompanied by optimistic promises of a new beginning for the country. They were not perfect by any means, with many having little to show for their efforts. Ryaboshapka’s involvement in the investigation into the 2016 killing of journalist Pavel Sheremet in particular raised eyebrows.

Nevertheless, six months is an unrealistically short time frame to judge the effectiveness of government officials attempting to reverse decades of institutional corruption and dysfunction. Subsequent appointments also cast doubt on claims that the dismissals were purely performance-related. The fact that many of these reformers have since been replaced by members of Ukraine’s political old guard indicates that their removal marks a fundamental shift in government policy rather than mere frustration at the slow pace of reform.

Moves to prosecute recently dismissed reformers suggest that we may now be witnessing the beginnings of a full-scale counter-revolution. This threatens to derail Ukraine’s reform progress since the 2014 Revolution of Dignity, while also undermining international support for the country in its struggle against Russian aggression. Given his campaign promises of a fresh start for Ukraine and an end to the country’s deeply ingrained culture of corruption, Zelenskyy’s recent change of course represents a huge gamble that may determine the fate of his presidency.