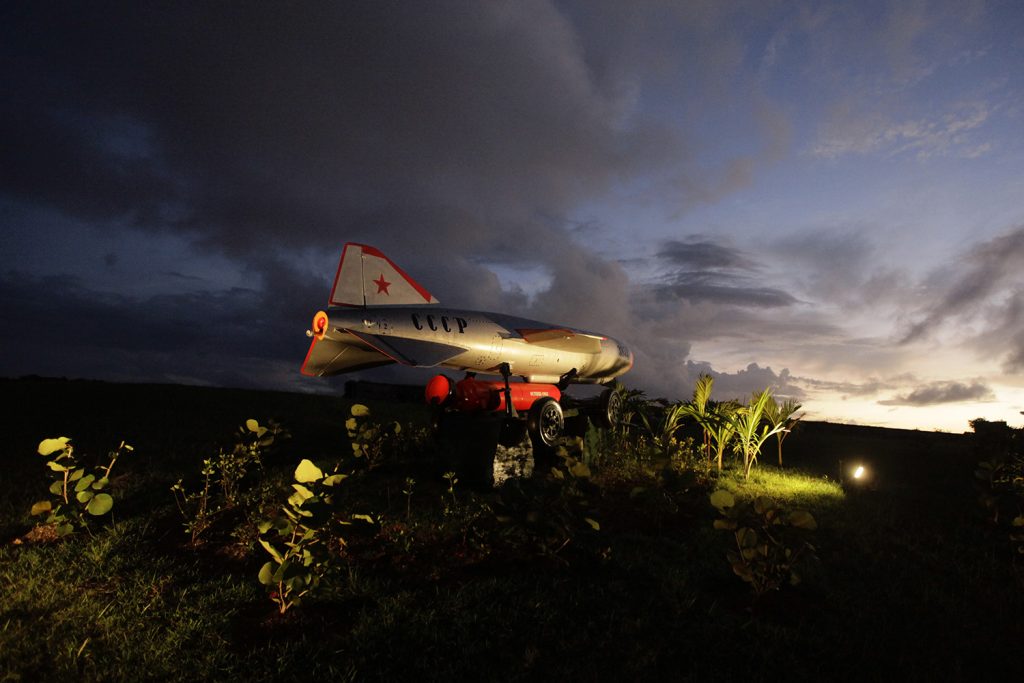 In America, the final days of October will be dominated by the presidential election and COVID-19. But fifty-eight Octobers ago, from the 16th to the 28th, the world faced the catastrophic prospect of a nuclear war between the Soviet Union and the United States in what became known as the Cuban Missile Crisis.

Recommendations from the Joint Chiefs of Staff for preemptive air strikes to destroy those sites were rejected by Kennedy, because the same chiefs had supported the disastrous Bay of Pigs invasion in April 1961, and because 100 percent elimination of the missiles could not be guaranteed. Instead, a naval “quarantine” was established to isolate Cuba and prevent Soviet ships from entering Cuban waters.

As Secretary of State Dean Rusk observed when Soviet vessels changed course away from Cuba, “the other side blinked.” Realizing he had no option, Soviet leader Nikita Khrushchev would remove Soviet troops and missiles from Cuba, ending the crisis.

The Cuban Missile Crisis was hailed widely as a great victory for the United States. Ironically, it was the Kennedy administration’s decision to embark on a major military buildup that had been a root cause of the crisis. The buildup was based on Kennedy’s disregard for intelligence and the campaign promise he had made to close a “missile gap” with the Soviets—a threat that, like Iraq’s “weapons of mass destruction” forty years later, was nonexistent. In fact, the alleged “missile gap” was vastly in America’s favor.

Had the Kennedy administration believed its own intelligence (and if JFK had not contrived a “missile gap” as a hawkish means of running to the right of Republican candidate Richard Nixon in the 1960 election), it would have concluded that a major US military buildup was unnecessary and would prove destabilizing.

By the late 1950s, Khrushchev, who knew President Dwight Eisenhower well, recognized that Ike’s strategic “new look,” initiated in 1953, de-emphasized the military competition. The Soviet Union would follow suit and reduce its military. In early 1960, Khrushchev imposed major cuts on the Soviet military, diverting savings in resources to the civilian economy.

In 1959, a fiery debate over Khrushchev’s proposed policy erupted with the Soviet military, and several Presidium members were in strong dissent. The West had near real-time access to that debate provided by disillusioned GRU Colonel Oleg Penkovsky. He microfilmed the Soviet General Staff’s top secret journal Military Thought, which covered this debate, and passed it on to MI-6’s Moscow agent Greville Wynne. Kennedy’s team refused to accept this extraordinary intelligence that ran counter to its erroneous missile-gap narrative.

Despite Kennedy’s massive defense increases, Khrushchev still believed he could continue diverting resources to the civilian sector from the military. However, that meant outflanking Kennedy strategically. Having badly bullied Kennedy at the June 1961 Vienna Summit, Khrushchev considered the President weak.

Khrushchev embarked on a covert plan to station shorter-range ballistic missiles in Cuba to counter America’s much longer-range rockets and then announce a fait accompli. Because the United States had stationed short-range US Jupiter nuclear missiles in Turkey, Khrushchev saw this as added justification for Soviet weapons in Cuba.

But Khrushchev got it wrong. Kennedy did not back down. And gaining agreement that the United States would not invade Cuba in exchange for the withdrawal would not save Khrushchev from being fired in October 1964 or keep the Soviet Union from embarking on its own military expansion, probably extending the Cold War for many years.

Today, the United States needs to avoid a potentially fatal strategic error, as Kennedy made with the Soviet Union, and avoid “over-militarizing” our relationship with great-power competitors China and Russia. Great-power competition, one of the major causes of World War I, imposes undefined military requirements to “deter and, if war comes, defeat” potential adversaries.

Maintaining a strong, relevant military is vital. However, we should maintain an “off ramp” to prevent the adversarial aspects of international competition from provoking a future military confrontation. Compete, yes. But, where we can, cooperate too.

Over-militarizing policy, as we did from Vietnam to the second Iraq war, almost always induces some form of failure

The United States needs very capable, professional, and ready military forces that are not only equipped with the most effective and modern systems but that can be sustained given resource realities for the long term.

Guns and other events of August

Brent Scowcroft may have been small of stature. But he possessed a giant intellect. Mild manner and self-effacing, the general could be tougher than hardened steel if demanded and if necessary.

Image: A deactivated missile is displayed at a site with Soviet-made Cold War relics at La Cabana fortress in Havana October 15, 2012. The 13-day missile crisis began on Oct. 16, 1962, when then-President John F. Kennedy first learned the Soviet Union was installing missiles in Cuba, barely 90 miles (145 km) off the Florida coast. After secret negotiations between Kennedy and Soviet Premier Nikita Khrushchev, the United States agreed not to invade Cuba if the Soviet Union withdrew its missiles from the island. REUTERS/Desmond Boylan