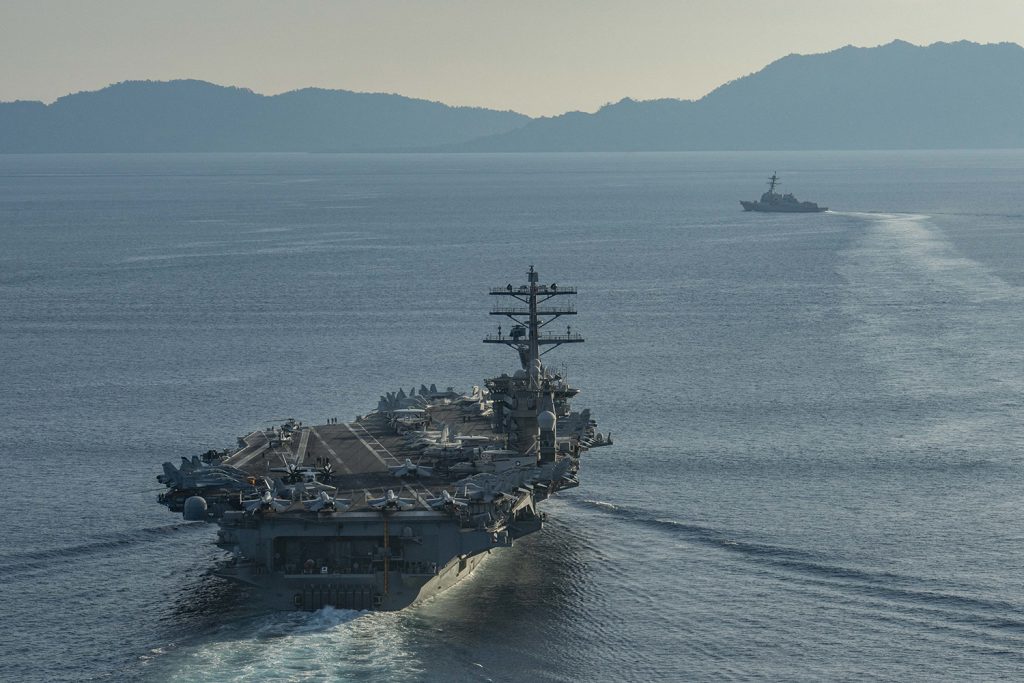 This week, Secretary of Defense Mark Esper outlined his plan for the future Navy called Battle Force 2045. The plan calls for a Navy and Marine Corps of about 500 or more ships based on eight to eleven nuclear-powered aircraft carriers and their associated air wings; an increase in nuclear submarines to between seventy and eighty; six smaller aircraft carrier/amphibious warfare ships; a total of 355 manned ships; and between 140-240 unmanned or partially manned vehicles.

While there are certainly merits to this proposal, which was developed in partnership with the Hudson Institute and OSD’s Cost Assessment and Program Analysis Division (CAPE) rather than by the Navy alone, it raises a number of seriousquestions at this stage. Most important, what are the purposes and rationale for this larger Navy?

The National Defense Strategy posits a global great power competition against China, and less so Russia, with requirements “to deter and, if war comes, defeat” these and other adversaries. But so far, how this or any other sized Navy is to compete, deter, and defeat potential enemies has yet to be established. What are the metrics against which this future battle force can be evaluated?

Assuming this force does fit the strategy and its requirements, is it affordable, and what will it cost—in dollars and personnel terms? Is the defense industrial base capable of building and supporting this much larger navy? For example, Department of the Navy analysts are predicting that the costs for the two new Gerald R. Ford-class nuclear carriers cannot be contained to the current $12 to 13 billion estimates.

What are the logistical plans for training, manning, equipping, and maintaining operational readiness for this much larger fleet? Readiness problems are present even with today’s $750 billion in annual defense spending. Ship maintenance is already significantly behind schedule for today’s fleet.

Given the substantial increase in unmanned or minimally manned units, will the vital command-and-control, communications, surveillance, battle damage assessment, and reconnaissance systems be compatible, secure, redundant, and reliable?

How does this larger Navy relate to the joint force and the plans of the other services, particularly as the Marine Corps and Army transform to meet the challenges of the Indo-Pacific theater.

Lastly, what are the alternatives? Air-independent propulsion systems give diesel-electric submarines far greater capabilities today than a decade ago. Different hull designs, such as Small Waterplane Twin Hull (SWATH) and semi-submersibles, can be protected with far less exposed free board and carry more weapons given the extra available carrying space. Would fewer manned platforms and more unmanned aircraft, ships, and submarines be more cost effective? Were these or other alternatives considered?

The United States needs very capable, professional, and ready military forces that are not only equipped with the most effective and modern systems but that can be sustained given resource realities for the long term. While the Secretary of Defense should be congratulated for seizing the initiative in planning the future Navy (and the Navy should learn from that role reversal), these and other questions will need to be answered to ensure we are on the right course.

What would Ernie King do if he were CNO today?

The fire on board the USS Bonhomme Richard (LHD-6) is the latest in a series of mishaps that have plagued the US Navy for a considerable time. The litany of misdeeds, disasters, and mistakes is, sadly, long.